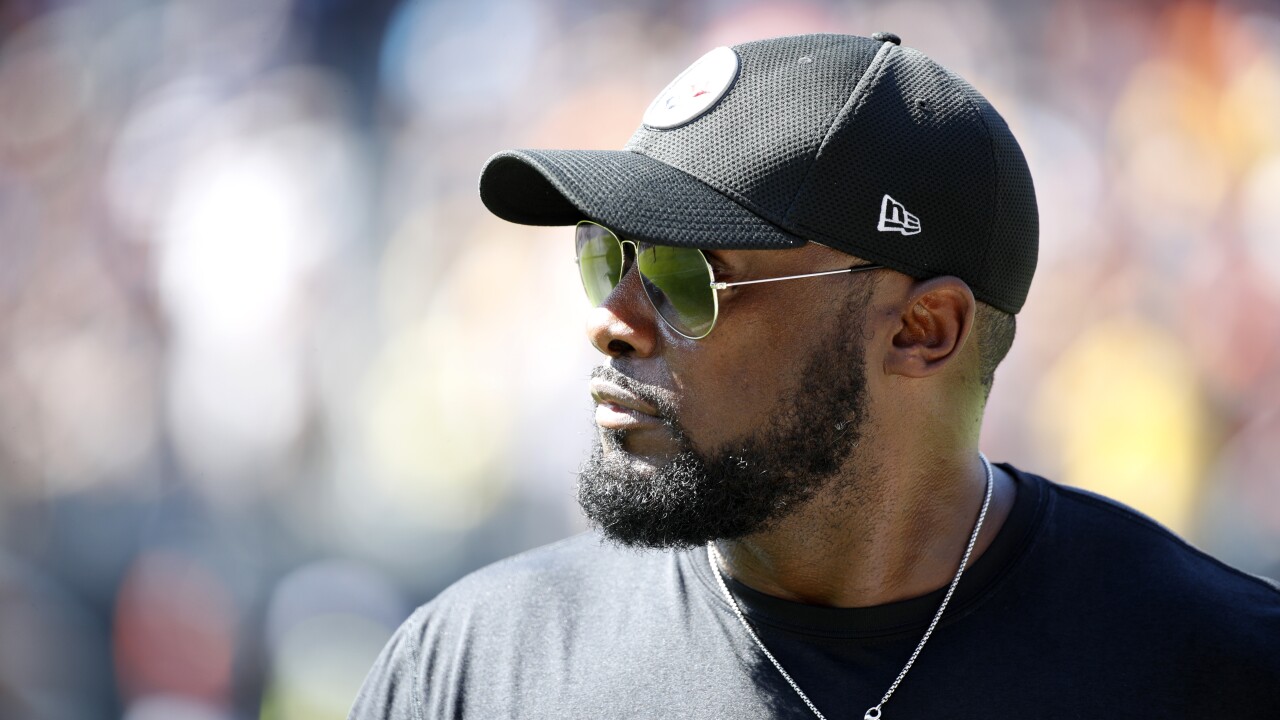 Tomlin, who played at the College of William & Mary, said Tuesday the club has engaged in “intimate discussions” with players about how to use their public platform to help effect social change amid the fallout from the death of George Floyd, a Black man who died while being taken into police custody in Minneapolis last month.

“Our position is simple,” Tomlin said. “We are going to support our players and their willingness to partake in this, whether it is statements or actions. You guys know my feelings, I have stated them in the past. Statements are good, but impact is better. Particularly long-term impact.”

The Steelers are going to leave it up to the players to let them determine how best to make that impact, though the team has created what Tomlin described as “structural committees” designed to help them organize their actions so they can “do things properly.”

Tomlin’s tone was a marked departure from his sense of frustration in 2017, when a miscommunication during the national anthem before a game against the Chicago Bears left offensive tackle and Army veteran Alejandro Villaneuva standing alone on the field saluting the flag while the rest of the team remained out of sight in a tunnel.

Tomlin stressed in the aftermath that his focus was on football and that figuring out what served as an appropriate form of protest was for “political beatniks to ponder.”

The league’s third-longest tenured head coach said his issue three years ago was timing. The chaos in Chicago happened during the regular season. Floyd’s death, coming during a relatively quiet period for the NFL, “allowed us to really unearth some discussions and take our time,” according to Tomlin.

All-Pro defensive end Cam Heyward said last week the Steelers would be united in any form of protest they may choose to adopt in 2020.

Tomlin has long pointed toward his team’s work off the field — particularly on Tuesdays in the fall, when the players are typically off and doing charity work in the Pittsburgh area — as proof it is not just interested in making statements on Sunday afternoons. He doesn’t anticipate that changing.

“This unrest is an opportunity to learn, to listen and to grow and to make sure you take care of yourself, your own heart and your own home first and work from there,” said Tomlin, who is one of the three active Black head coaches in the league. “That’s something I try to live by and try to encourage our guys to live by.”

When he’s not trying to help his players navigate an uncertain social landscape, Tomlin is focusing on attempting to get 90 players ready for a training camp unlike any other.

The national lockdown created in response to the COVID-19 pandemic forced the NFL to conduct its offseason program remotely. Lots of Zoom calls. Lots of adapting. And zero practice time together, something Tomlin admitted has caused “angst” and “anxiety.”

The loss of the estimated 1,000 snaps usually associated with Organized Team Activities and minicamp will force the Steelers and the rest of the league to play catch-up when training camp starts next month. For the Steelers and the Dallas Cowboys, the time frame will be even more condensed.

They are scheduled to face each other in the Hall of Fame game on Aug. 6, meaning they will have maybe two weeks to prepare themselves for their first game action in more than seven months.

“I’m not comfortable, but I imagine none of my peers are comfortable either, so I’m comfortable with that,” Tomlin said.

Given the challenges created by the virtual offseason, Tomlin expects most of the newcomers to face an even steeper climb than usual when trying to make the team.

“The big thing is that we have to leave the door open for viable men, and those men have to move quickly in terms of developing, understanding and displaying that understanding.,” he said. “There is going to be big-time urgency in that regard.”

Though Tomlin has yet to see Roethlisberger work out in person, he’s heard nothing but positives from those who have caught passes from Roethlisberger during informal training sessions as well as the medical staff monitoring the 38-year-old’s rehab.

The two biggest question marks heading into 2020 are along the offensive and defensive lines. Matt Feiler will move from right tackle to left guard, with Chuks Okorafor and Zach Banner taking Feiler’s old spot. Tyson Alualu will have the inside track at nose tackle following Javon Hargrave’s departure to Philadelphia in free agency.

Two Steelers have been diagnosed with coronavirus since the start of the pandemic, though Tomlin said both have recovered and are “back to work.”

The team moved training camp away from Saint Vincent College in Latrobe, Pennsylvania, to Heinz Field for 2020.

Tomlin will miss certain aspects of going away to camp but he remains upbeat about the possibility of the NFL figuring out how to move forward safely in time for the start of the regular season.

“I’m comfortable with the overall trajectory of where we are headed,” he said. “I’m sure by the time we are called to execute procedures and protocol and policy that they will be realistic, doable and appropriate, but until that time, there’s going to be some anxiety for all of us. I’m trying to keep my emotions in check.”