Hokies' tall task: Bounce back from loss vs No. 9 Hurricanes 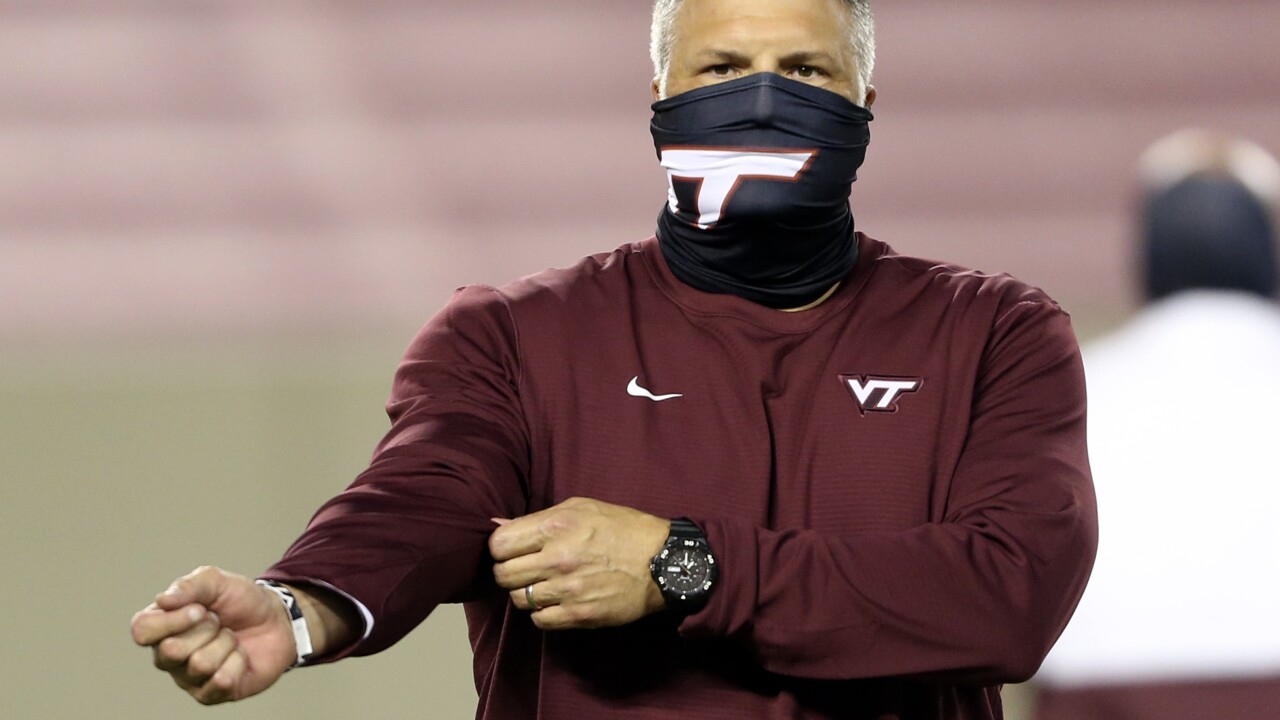 A last-second loss to No. 22 Liberty has drawn a lot of negative attention to Virginia Tech, but coach Justin Fuente said it simply magnified where the Hokies are as a program.

“We haven’t played a lot different in the last three weeks, in my opinion. We’ve been uneven,” Fuente said this week as the Hokies (4-3, 4-2 Atlantic Coast Conference) turned their attention to facing No. 9 Miami on Saturday.

Virginia Tech has lost two of its last three, the only victory coming against a Louisville team that was decimated by COVID-19 absences. The Hokies lost top running back Khalil Herbert after the opening kickoff against the Flames and also finished the day without tight end James Mitchell and linebacker Rayshard Ashby because of injuries.

The Hurricanes (6-1, 5-1) are third in the conference standings but haven’t won consecutive games in Lane Stadium since taking three straight there from 1967 through 1992. The Hurricanes won in Blacksburg, Virginia two years ago, and know that if they have any realistic chance of reaching the ACC title game they’ll have to do it again Saturday.

D’Eriq King is coming off perhaps the best statistical game for a Miami quarterback ever in last week’s win over N.C. State: 430 passing yards, 105 rushing yards, five touchdown passes and no interceptions -- the first such game with those totals in Miami history. It was the first time any FBS quarterback had those numbers in a game since 2013.

“I think they have a pretty good defense,” King said. “I know Virginia Tech, I think they’ve been missing a few guys over the past couple games. I think everybody’s coming back this week. They do a bunch of different things, man, especially on the back end. ... They can create a lot of pressure so we’ve got to be on our p’s and q’s.”

Some other things to watch when Miami visits Virginia Tech:

Fuente gave no update this week on the statuses of Herbert, Mitchell or Ashby, and said Herbert’s hamstring injury on the opening kickoff also affected how they used Raheem Blackshear, who has been a hybrid running back and slot receiver this season.

“When you lose Khalil on the first play of the game, he’s got to play just running back,” he said of Blackshear. “So yeah, there’s a lot of shuffling and discussion that has to happen when you lose somebody like that.”

D’Eriq King’s numbers through seven games put him on pace for a slew of entries in the Miami record book. He’s completing 63.7% of his passes; at that rate he would finish second on the Hurricanes’ single-season list (Jacory Harris completed 65% in 2011, Vinny Testaverde completed 63.4% in 1986). If King throws 77 more passes this season he’d get to 300 and qualify for Miami’s career list, where Bernie Kosar’s 62.3% rate is best all-time.

The Hokies have had difficulty stopping the run, allowing at least 198 yards in four of their past five games. Liberty ran for 249 last week. Miami has been a middle of the pack running team in the league, averaging 172 yards, but may focus on that more unless Virginia Tech proves it can stop them.

The Hokies ran for a season-low 201 yards last week with Herbert sidelined, and his absence especially meant a busy day for quarterback Hendon Hooker. He was 20 for 27 throwing for 217 yards and three touchdowns and ran a career-high 20 times for 156 yards and a touchdown. Fuente said production is needed from other running backs.