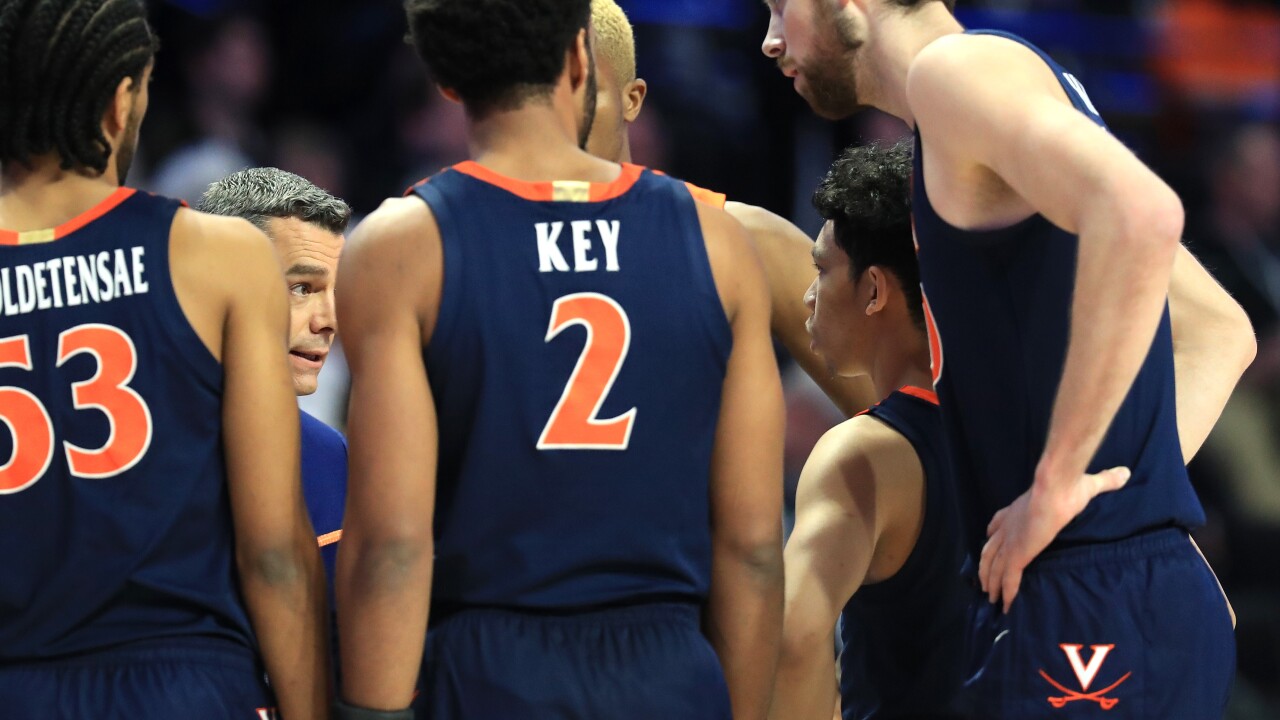 CHARLOTTESVILLE, Va. (AP) — Braxton Key made a free thow with 2:04 left in overtime and Virginia held off Notre Dame on a rough shooting night for both teams, 50-49 on Tuesday night.

Mamdi Diakite scored 20 points for the Cavaliers (16-7, 8-5 Atlantic Coast Conference), including the basket with 2:51 left in regulation that eventually forced the overtime. Jay Huff added eight points and nine rebounds. According to Rob Daniels, it's the lowest-scoring OT game in ACC play in the shot-clock era.

Prentiss Hubb scored 12 and John Mooney had 11 points and 14 rebounds for the Fighting Irish (15-9, 6-7), who saw their four-game winning streak end. The Irish had a chance to win, but Rex Pflueger’s 3-pointer from in front of the Notre Dame bench in the final seconds missed and Key tapped the ball away.

In the overtime, Diakite hit a pair of free throws to give Virginia the lead, and Hubb’s fall-away tied it again with 3:29 left. Key’s free throw was the only point the rest of the way, the ball bouncing in after he air-balled the first attempt.

Virginia had trailed since the early going before a 10-0 run gave them a 43-38 lead. Diakite started it with a pair of free throws and Huff scored the last eight points, hitting a pair of 3-pointers and a baby hook. A basket by Diakite made it 45-40 with 6:48 left, but the Irish scored the next seven points until Virginia ended a nearly four-minute scoreless stretch on Diakite’s turnaround with 2:51 left.

Neither team scored again in regulation.

Notre Dame: The Fighting Irish’s winning streak coming in came at a good time, putting them in position to contend for an NCAA Tournament berth. It also came against teams they needed to beat in Wake Forest, Georgia Tech, Pittsburgh and on the road at Clemson, all below .500 in league play.

Virginia: Virginia has reached 30 points in the first half just once in its last six games with 30 at Louisville on Saturday. Entering the second half against the Irish, the Cavaliers had scored as many as 30 just three times in their last 11 halves

The Irish wrap up a three-game road trip at No. 7 on Saturday.

Virginia also goes on the road, playing at North Carolina in Saturday.