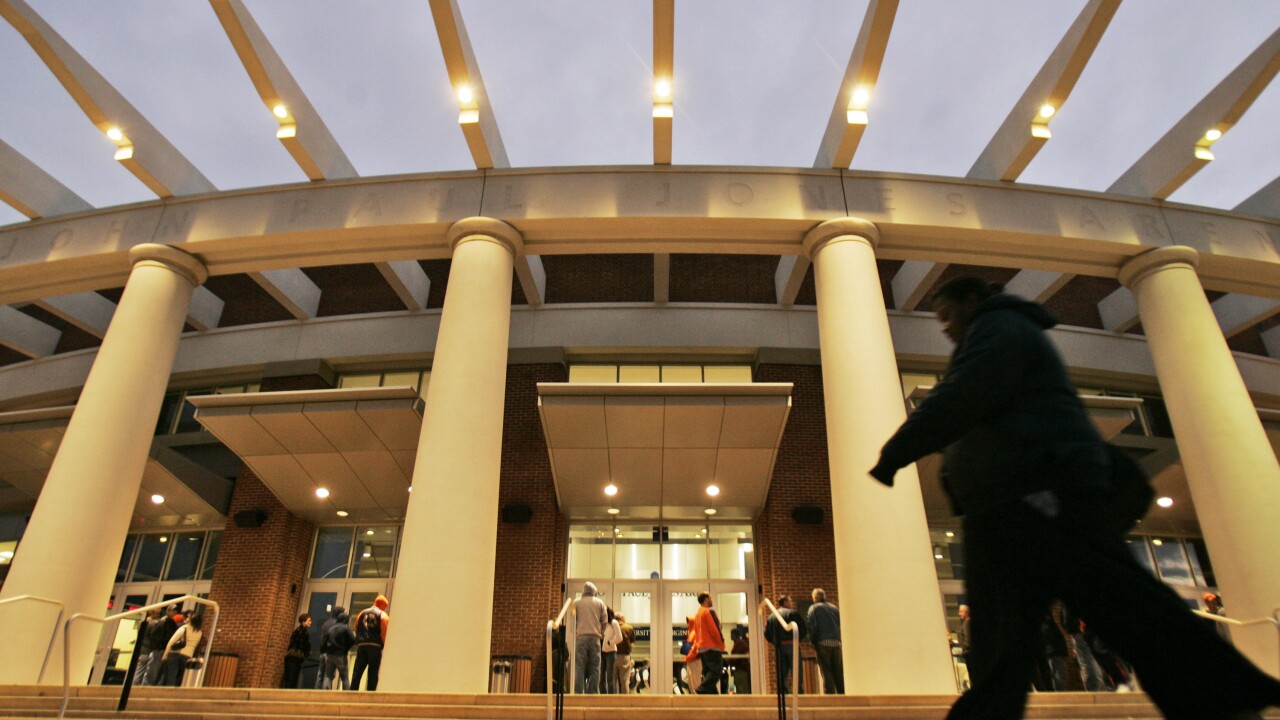 CHARLOTTESVILLE, Va. (VirginiaSports.com) – John Paul “Jack” Jones, for whom Virginia’s John Paul Jones Arena is named, has passed away at age 100, his family announced Saturday (Nov. 21). Virginia Athletics mourns the passing of one of its most dedicated and passionate fans.

“He was beloved by many and he loved the Hoos,” Virginia Director of Athletics Carla Williams said. “I’ll never forgot the pure joy I saw in him for UVA and our men’s basketball program at the Final Four.”

Mr. Jones graduated from the University of Virginia School of Law in 1948. His practice specialized in interstate commerce, transportation and labor law. In 1960, he also became the publisher of the Memphis Daily News. Following his retirement from the practice of law in 1992, Mr. Jones focused his time on philanthropic activities.

“Jack had an extraordinary love for the University – and UVA Basketball,” Virginia’s Associate Athletic Director for Development Barry Parkhill said. He always had that special twinkle in his eyes. He was a great American.”