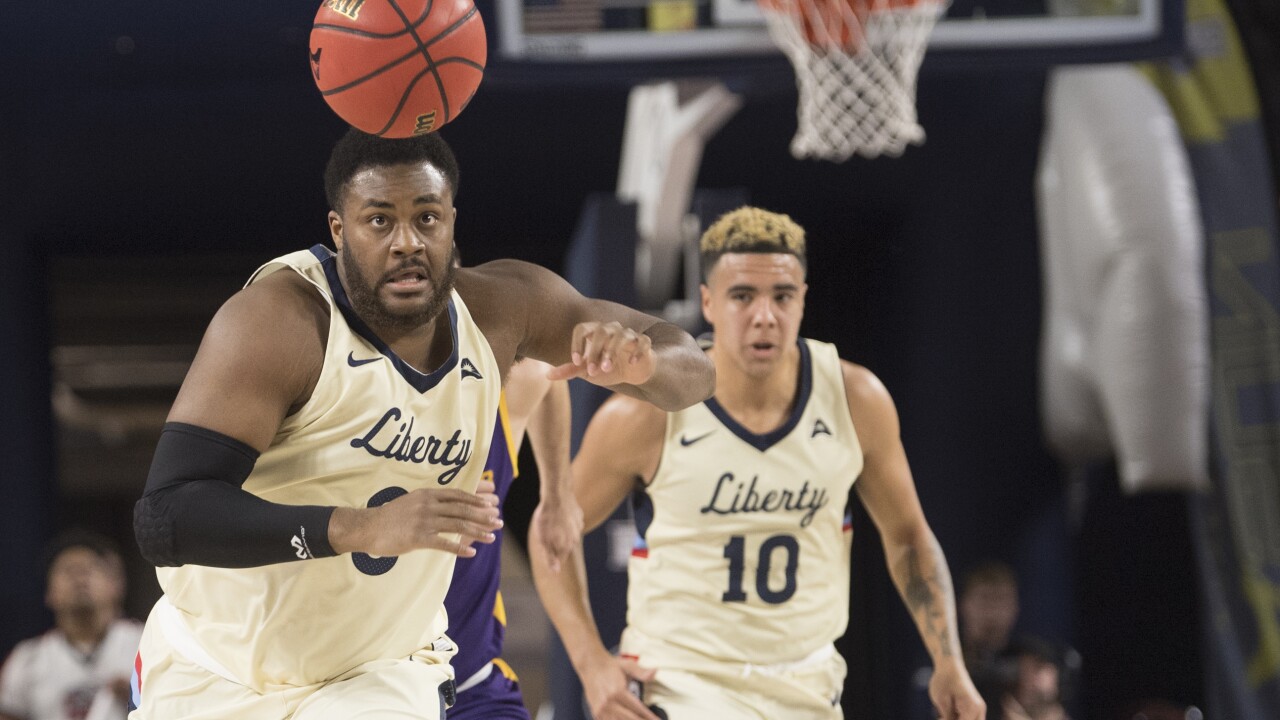 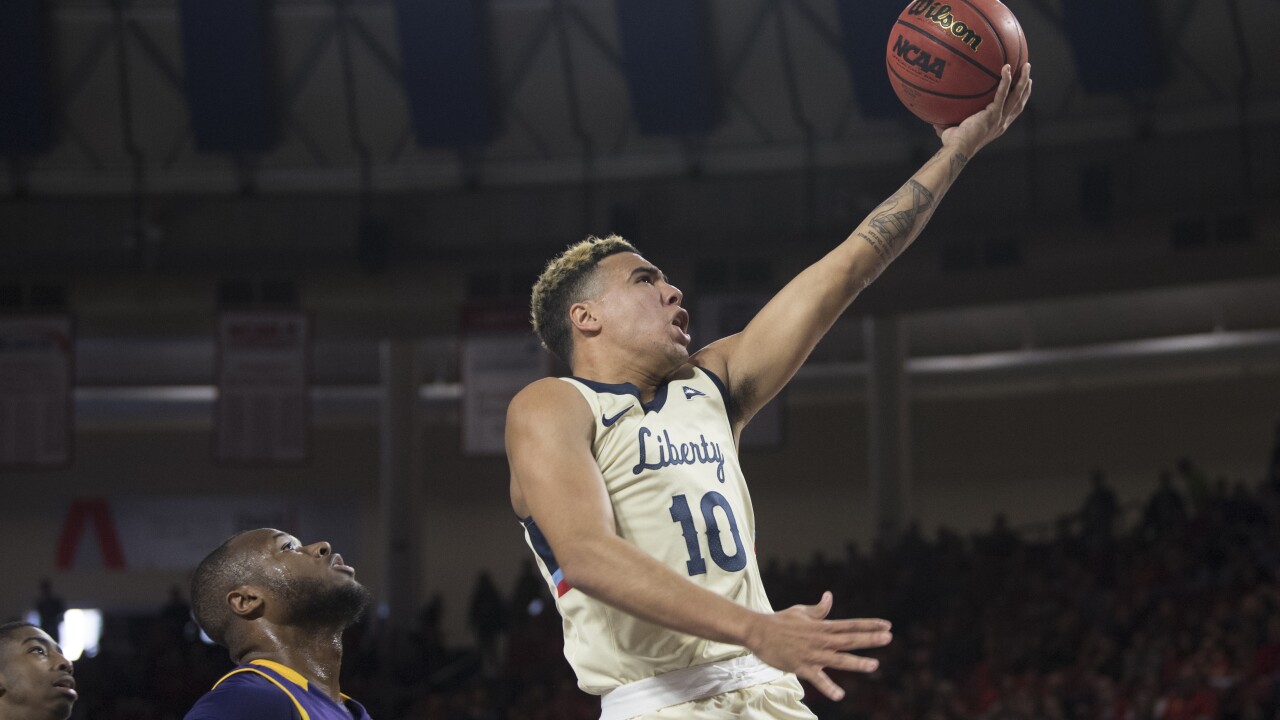 Elijah Cuffee added 16 points — his first game in double figures since Jan. 30 — and Darius McGhee had 13 as the Flames (30-4) set a school record for victories in a season. They also avenged a 77-71 loss to finish the regular season.

Ahsan Asadullah scored 22 and grabbed nine rebounds despite foul trouble for the Bisons (16-16) and Andrew Fleming scored 15. It was Lipscomb’s third consecutive championship appearance and second straight loss to Liberty.

The Flames led 16-14 when Homesley’s layup with 11 minutes left in the first half sparked a 29-12 run the rest of the half. Homesley scored 12 in the burst, including the first seven, and Cuffee had eight of his 10 in the half.

Trailing 45-26 at the half, Lipscomb scored the first seven points of the second half as the Flames missed their first seven shots, but McGhee settled them with back-to-back 3-pointers and they rebuilt their lead and weren’t challenged again.

The result ensured it was the Flames’ final game in the Vines Center after 30 years. The school is building a 4,000- to 4,500-seat arena next door that will open next season, and the crowd of 7,728 that roared all game long charged out onto the court as the final horn sounded.

Lipscomb: The Bisons did themselves in in the first half with nine turnovers that the Flames turned into 18 points. That left them with a 16-point disadvantage off miscues since the Flames turned it over just twice, leading to two points

Liberty: The Flames won their first game in the NCAA Tournament last season and will be dangerous again this year. Their defense, patterned after Virginia’s Pack Line, finished second nationally to the Cavaliers, allowing just 53.7 points. They shot 53.8 % (28-52) and 40.7% on 3-pointers, making 11 of 27 on Sunday.

Lipscomb will wait to see if a postseason bid is forthcoming.

Liberty is heading to the NCAA Tournament.
___