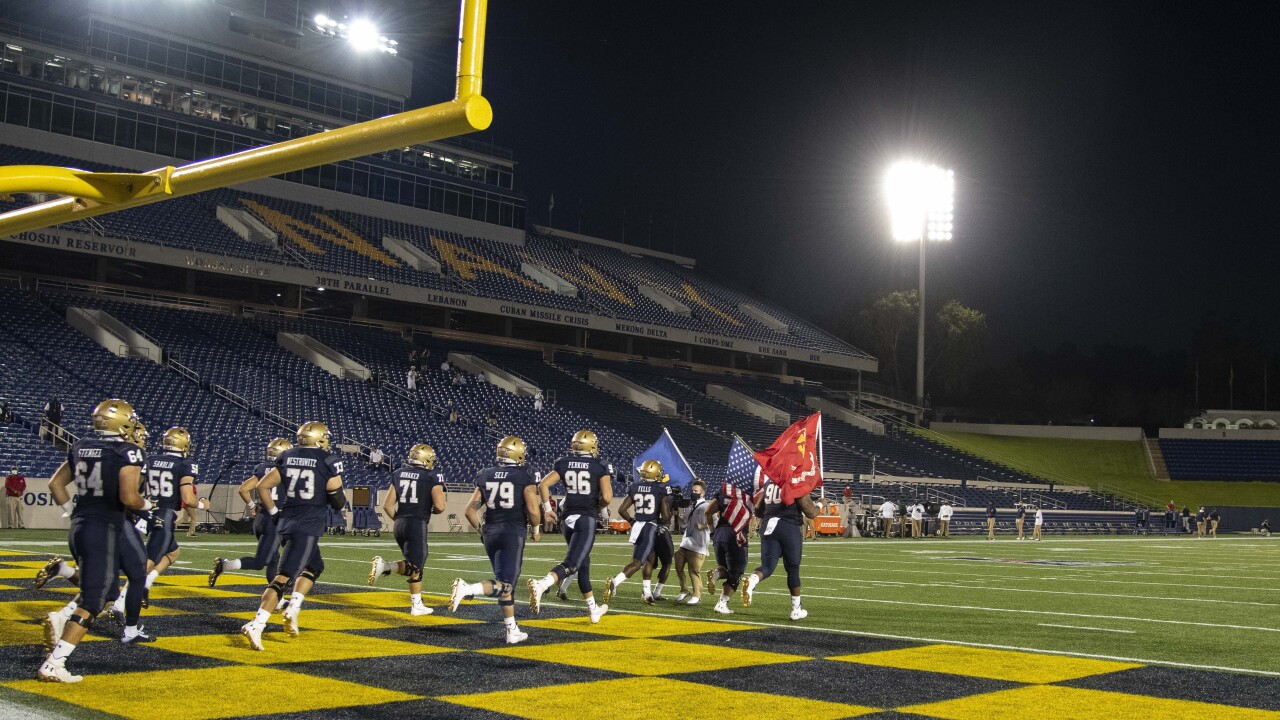 Tommy Gilligan/AP
Navy takes the field in front of a empty stadium for an NCAA college football game against the BYU, Monday, Sept. 7, 2020, in Annapolis, Md. (AP Photo/Tommy Gilligan)

The governor and the superintendent say state and local officials have approved a plan for a safe, socially-distanced viewing of the game in Annapolis.

Attendance will be limited to the academy’s students and a small support staff.

Midshipmen will sit by company with small roommate pods allowed to sit together. They will wear masks the entire game.

There also will be symptom and temperature screening of all midshipmen, support staff and stadium personnel.

There are roughly 4,400 midshipmen at the academy.