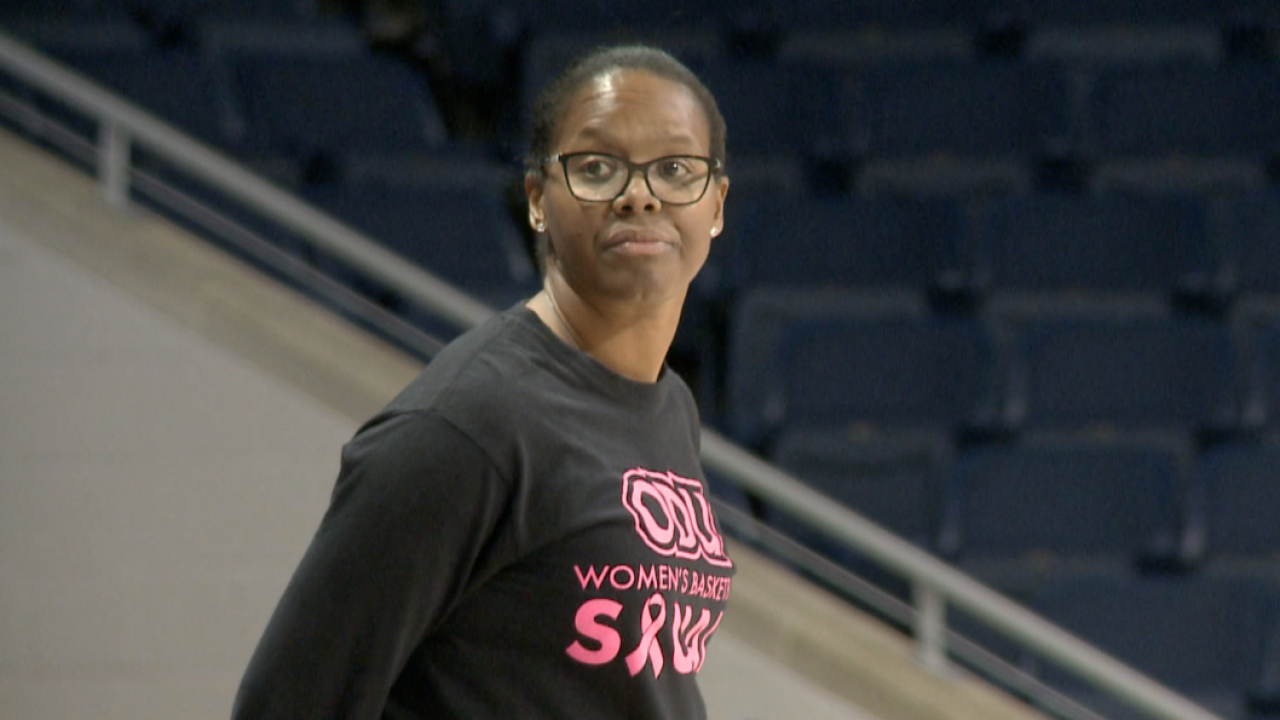 NORFOLK, Va. - After helping the Old Dominion University women's basketball program return to its winning ways, head coach Nikki McCray is returning to the conference where she made her name: the SEC.

McCray, the reigning Conference USA Coach of the Year, has reportedly been hired as the new head coach at Mississippi State. The Ballout Media were the first to report the news, and multiple other reports confirmed the hire. McCray could not be reached for comment Thursday evening.

Mississippi State plays in the Southeastern Conference, the same league in which McCray starred as an All-American player at Tennessee from 1991-95. Then, McCray spent a decade as a national title-winning assistant coach at South Carolina, another SEC program, prior to landing the head job at ODU following the 2016-17 season.

In three seasons at ODU, McCray guided the Monarchs to a 53-and-40 record, including a 24-and-6 mark in 2019-20 - a campaign during which ODU received votes in the AP Top 25 national poll and WBCA Coaches Poll for the first time since 2008. Old Dominion received the No. 2 seed in the 2020 Conference USA tournament after being picked to finish fifth in the C-USA preseason poll.

Earlier in the 2019-20 season, McCray led the Monarchs to an 89-77 win over Auburn, which marked its first victory over a Power 5 opponent since March 2015. ODU also snapped Rice's 30 conference game win streak at the Chartway Arena on Feb. 13. Her defense ranked first in the country for holding teams to three-point field goals and 15th in the country in scoring defense.

On March 13th, when asked about her future, McCray told News 3 Sports Director Adam Winkler, "For me, I've always been a person that makes decisions on who I surround myself with. I'm surrounded by a great team, great staff, great leadership. I love it here at Old Dominion. This is a place where we can win. This is a place where women's basketball is very important. I've said it before: we want to put our team in the national spotlight. Every year, we've moved the needle toward that progression, and I think next year will be our strongest team to date. So, I'm really excited about our future."

Mississippi State, 27-and-6 in 2019-20, finished the season ranked No. 9 in the AP poll. The Bulldogs won back-to-back SEC tournament championships in 2017-18 and 2018-19. During the 2016-17 season, MSU lost to Nikki McCray and South Carolina in the NCAA title game - one of two straight appearances made by the Bulldogs in the NCAA final. Mississippi State has played in five straight NCAA tournaments.

"I am confident we will find a great leader for this program. We are looking for a relentless recruiter, someone who understands our deep meaning of family, someone who understands the Mississippi State culture, and a hungry competitor with an elite work ethic. We want someone who knows the game inside and out and has an innovative skill set. Mississippi State is a special place that is incredibly attractive because of our student-athletes, because of our community, and because of our success. I have no doubt that we will identify someone who will guide us on our continued path to competing at an elite level on the court, in the classroom and in the community, alongside the most devoted fans in college basketball. I could not be more proud of our young women's dedication, energy and passion for each other and the Bulldog Family. They are the reason that so many coaches have an interest in this position. We are excited for the next chapter of Mississippi State women's basketball."