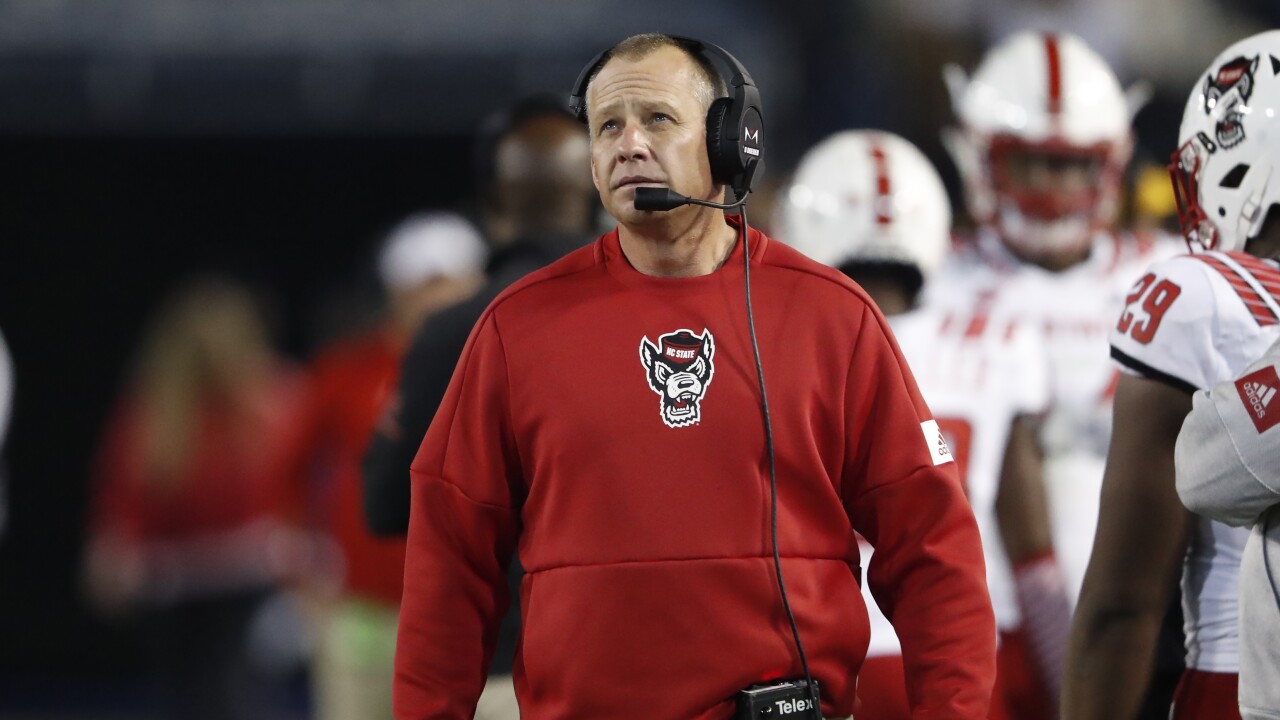 RALEIGH, NC (AP) - North Carolina State has paused all athletics activities due to a coronavirus cluster within its programs.

The school announced the move Monday evening, though it didn’t specify which programs were impacted by the cluster. In a separate release, the school said that not all of 27 positive cases reported involved athletes.

In a statement, athletics director Boo Corrigan said the school is working to determine “the most responsible path moving forward.”

In a tweet Monday, athletics spokesman Fred Demarest said the athletics department has conducted 2,053 tests to athletes, coaches and staff with 30 total positives for an infection rate of 1.5%. But those figures include 693 tests and 22 positives in the most recent set of results.