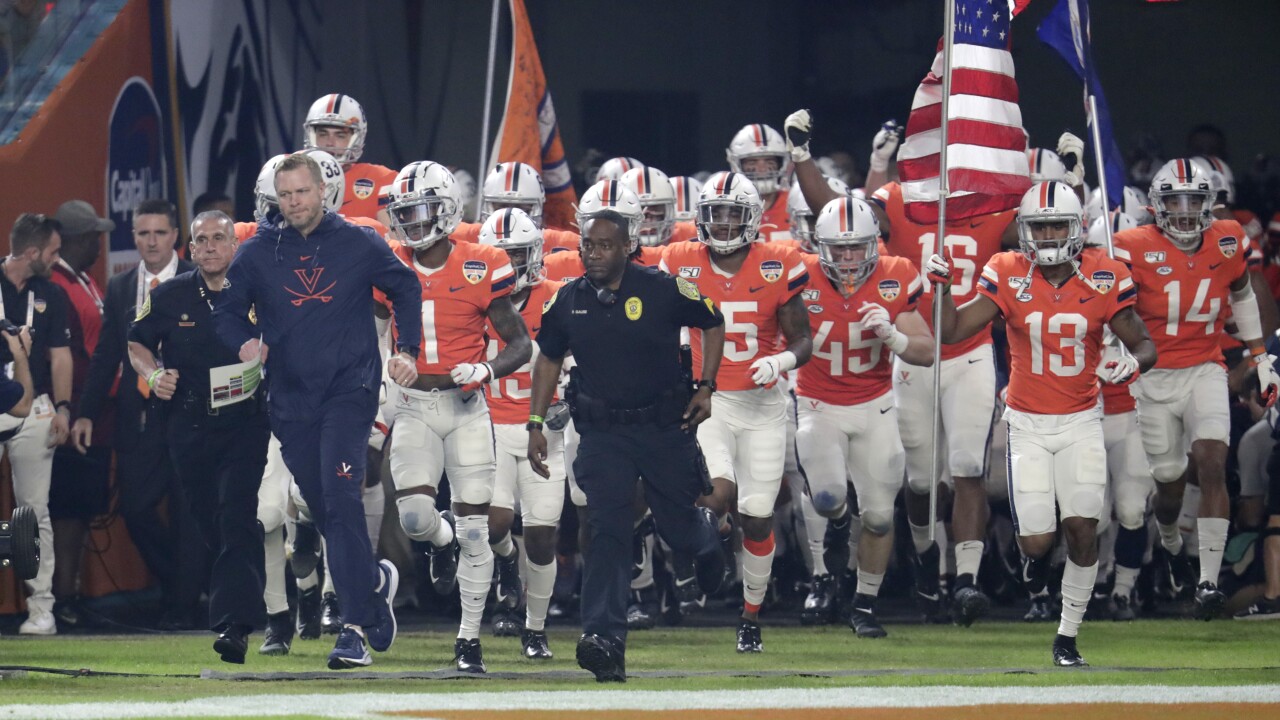 Harley’s big night for Miami (5-1, 4-1 Atlantic Coast Conference) started with a 43-yard touchdown grab on the Hurricanes’ second play from scrimmage. King completed his first nine passes and finished 21 for 30.

Don Chaney had a 1-yard rushing touchdown in the fourth for Miami.

Brennan Armstrong, back in the lineup after missing a game with a concussion, completed 16 of 30 passes for 180 yards and two touchdowns for Virginia (1-4, 1-4). It was the fourth straight loss for the Cavaliers, and this marks the first time since 2013 that they’ve played four consecutive games without ever holding a lead.

The King-to-Harley touchdown came just 28 seconds into the game, the fastest TD to open a game by Miami since Tracy Howard ran back an interception 19 yards for a score just six seconds into the Hurricanes’ game against Virginia on Nov. 23, 2013.

That was the first of eight touchdowns that day, Miami eventually winning 45-26.

This one was much different.

Points had been a rare commodity the past two Miami vs. Virginia games — the Cavaliers winning one 16-13, the Hurricanes winning the other 17-9 — and this one followed suit. Virginia tied the game at 7-7 on its first drive, with Tony Poljan hauling in a 2-yard scoring pass from Armstrong.

From there, the slog began. The teams combined for six points on their next 13 possessions, the Hurricanes leading 10-7 at the half after a 32-yard field goal by Jose Borregales with 1:02 left until intermission and stretching the lead to 13-7 when he connected again from 20 yards out with 3:47 left in the third.

Armstrong took off on a 32-yard fourth-down run in the fourth quarter to extend a drive, and one play later found Ra’Shaun Henry with a 35-yard pass that got the Cavaliers to 19-14 with 5:27 left.

Virginia, however, was out of time-outs at that point and Miami punted the ball away with only 23 seconds left.

Virginia: The Cavaliers had a chance to take the lead in the second quarter, but what would have been a 24-yard TD pass by Armstrong was washed out by an ineligible-receiver-downfield penalty and the Cavaliers wound up missing a field goal. They go home for the next month and only leave the state of Virginia once more this season, that being a trip to Florida State on Nov. 28.

Miami: Harley’s previous career-bests were seven catches (done twice, most recently the rout of Florida State earlier this season) and 116 yards against Louisville last year. Among his highlights: catches of 20, 28, 28 again and the 43-yarder for a score.

The Hurricanes will remain in the AP Top 25 for a seventh consecutive week, the school’s longest such run since 2017. With No. 8 Penn State losing to Indiana, it would seem possible for Miami to return to the top 10.

Miami safety Amari Carter was ejected for targeting on the Hurricanes’ first defensive snap of the game, marking the second time this season and fourth in his career that he’s been sent off early for that infraction.