No. 11 Miami set to play host to reeling Virginia 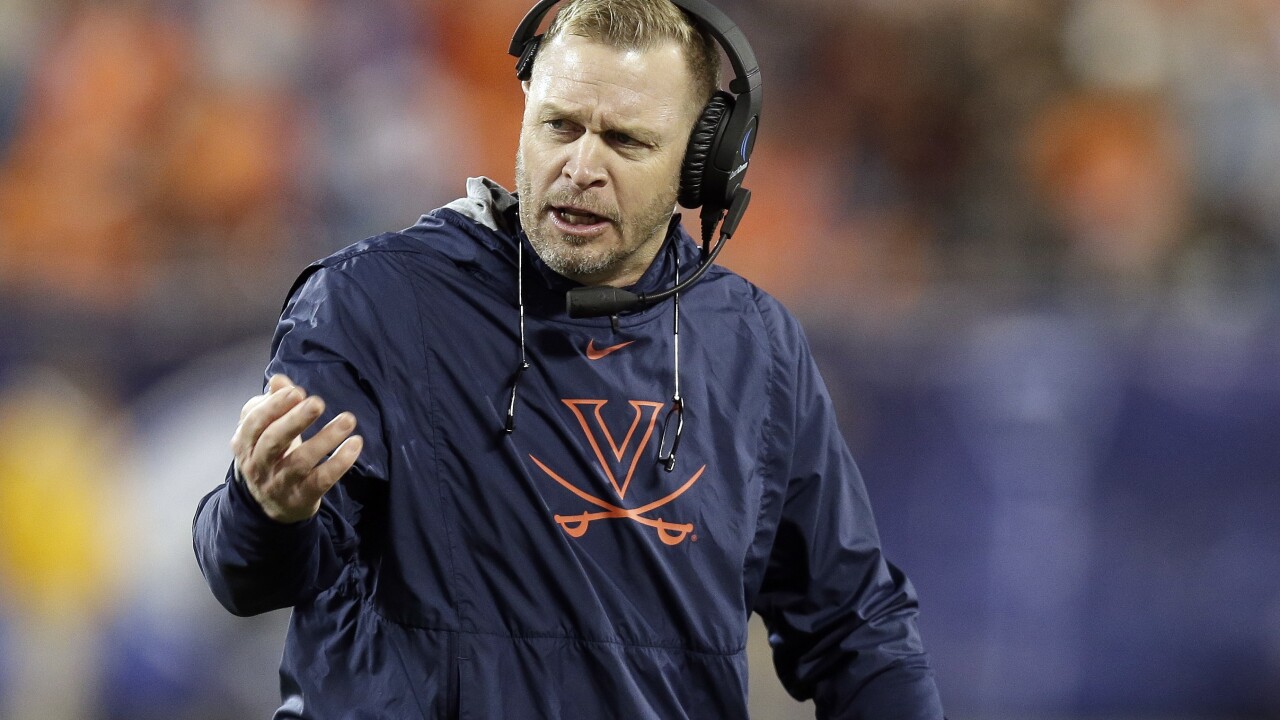 Gerry Broome/AP
FILE - Virginia head coach Bronco Mendenhall directs his players during the second half of the Atlantic Coast Conference championship NCAA college football game against Clemson in Charlotte, N.C., Saturday, Dec. 7, 2019. One year after dynamic quarterback Bryce Perkins led Virginia to its first Coastal Division title in the Atlantic Coast Conference and a trip to the Orange Bowl, the Cavaliers will put Bronco Mendenhall’s new standard to a big test this season.(AP Photo/Gerry Broome, File)

Miami will look to remain in the top tier of the ACC standings on Saturday, knowing that a win assures them of remaining in a group of no more than six teams with fewer than two losses in conference play. A loss would send the Hurricanes into the middle of the pack of the 15-team standings. Virginia is seeking to avoid its first four-game losing streak since the end of the 2017 season and first 1-4 start since 2015. The Cavaliers are 0-5 in their last five trips to Miami, including last season’s Orange Bowl against Florida at Hard Rock Stadium.

Virginia’s offense vs. Miami’s turnover chain. Of the 77 teams that had played games entering this week, only three had more turnovers than Virginia — which has 12 giveaways in its first four games. Virginia’s opponents have scored off nine of the 11 turnovers that led to an ensuing possession; one came at the end of a half. If the Hurricanes get short fields after turnovers, it could be a long Saturday night for the Cavaliers.

Virginia: WR Billy Kemp Jr. leads the ACC with nine catches per game (36 for 316 yards) and has been a very dependable part of Virginia’s offense. He hasn’t been a big-play breaker — his long catch is for 22 yards — but he keeps drives going.

Miami: DE Quincy Roche has 9-1/2 tackles for loss already and if he can apply pressure, Virginia’s beleaguered passing game — the Cavaliers have thrown at least two interceptions in every game this season — could struggle again.

Virginia has been outscored 48-3 in first quarters. ... Neither team has played a single-digit game yet; Miami’s closest game so far was last week’s 12-point win over Pitt, and all four of Virginia’s games have been decided by either 17 or 18 points. ... After a year where Miami lost at least three games because of kicking woes, senior transfer PK Jose Borregales is 29-for-29 this year (8-for-8 field goals, 21-for-21 extra points).