No fans, no fun: Athletes uneasy over empty-arena solutions 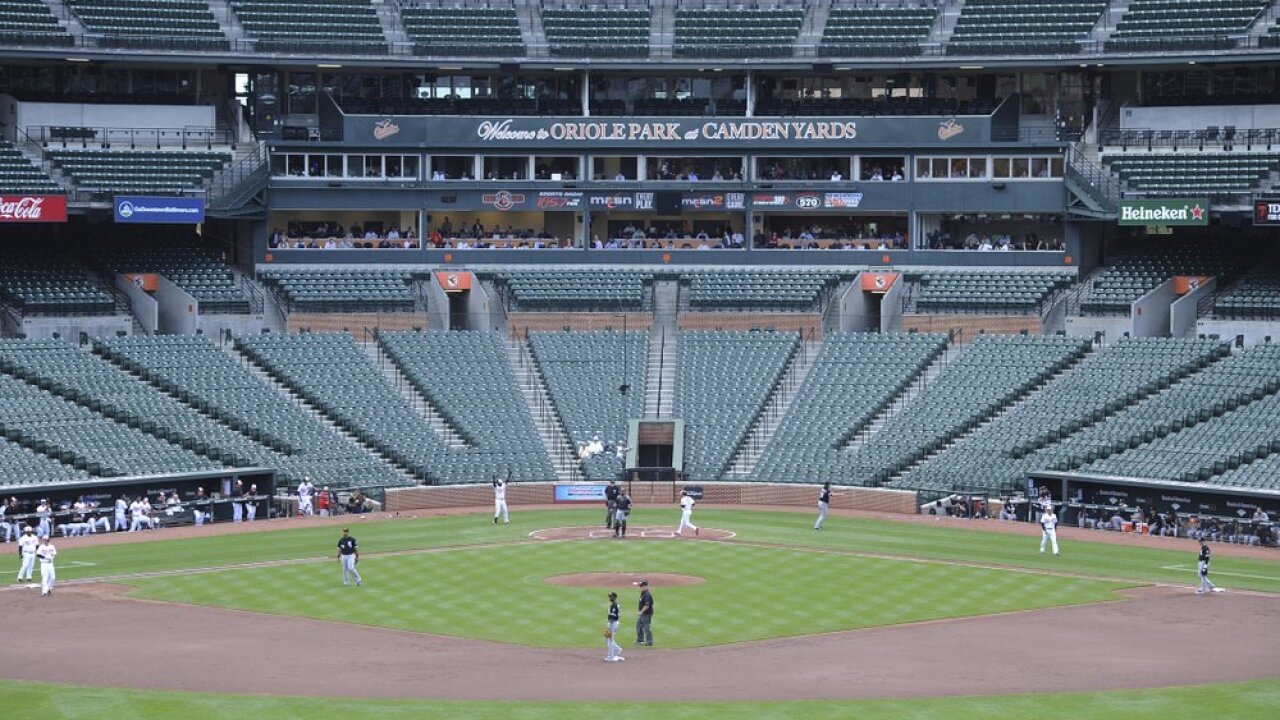 AP Photo/Gail Burton, File
FILE - In this April 29, 2015, file photo, Baltimore Orioles&#39; Caleb Joseph connects for a single against the Chicago White Sox in Baltimore. Jeff Samardzija pitched for the White Sox in the game at Camden Yards closed to fans because of rioting in Baltimore prompted by the death of Freddie Gray, a 25-year-old black man who died in police custody. U.S. sports leaders are now weighing whether to bar fans from ballparks and stadiums to help stall the coronavirus outbreak. (AP Photo/Gail Burton, File) 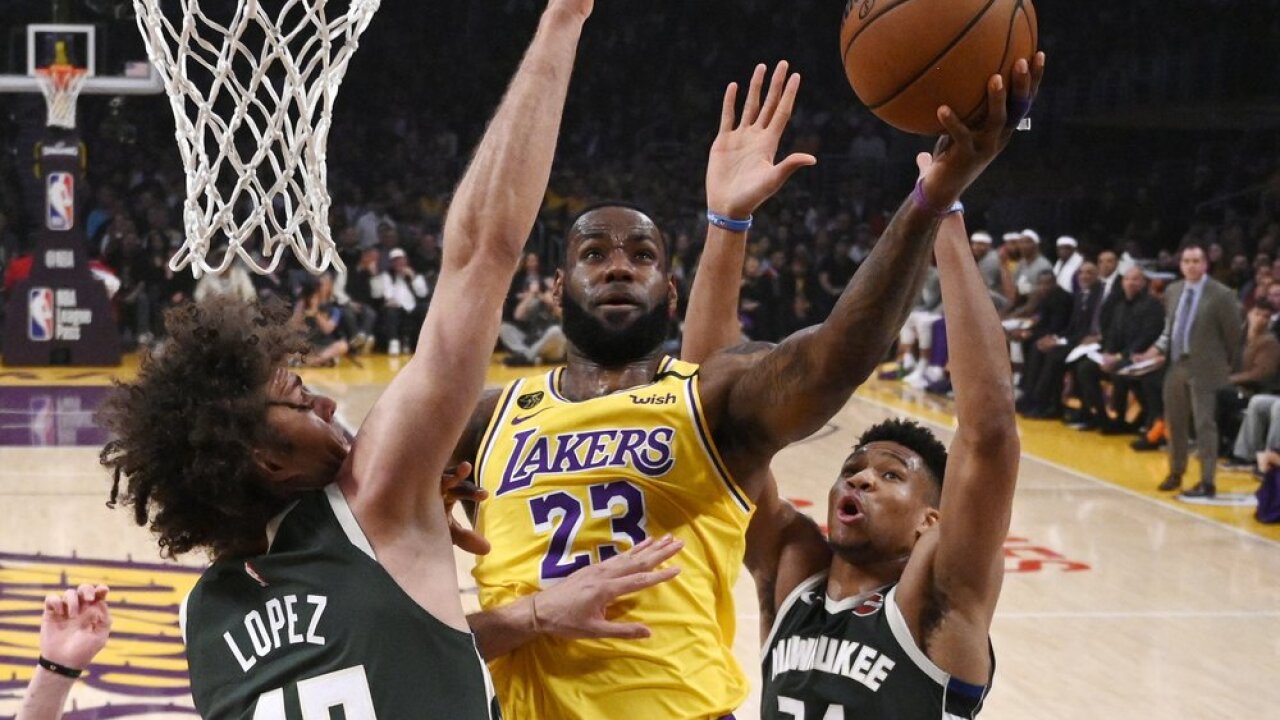 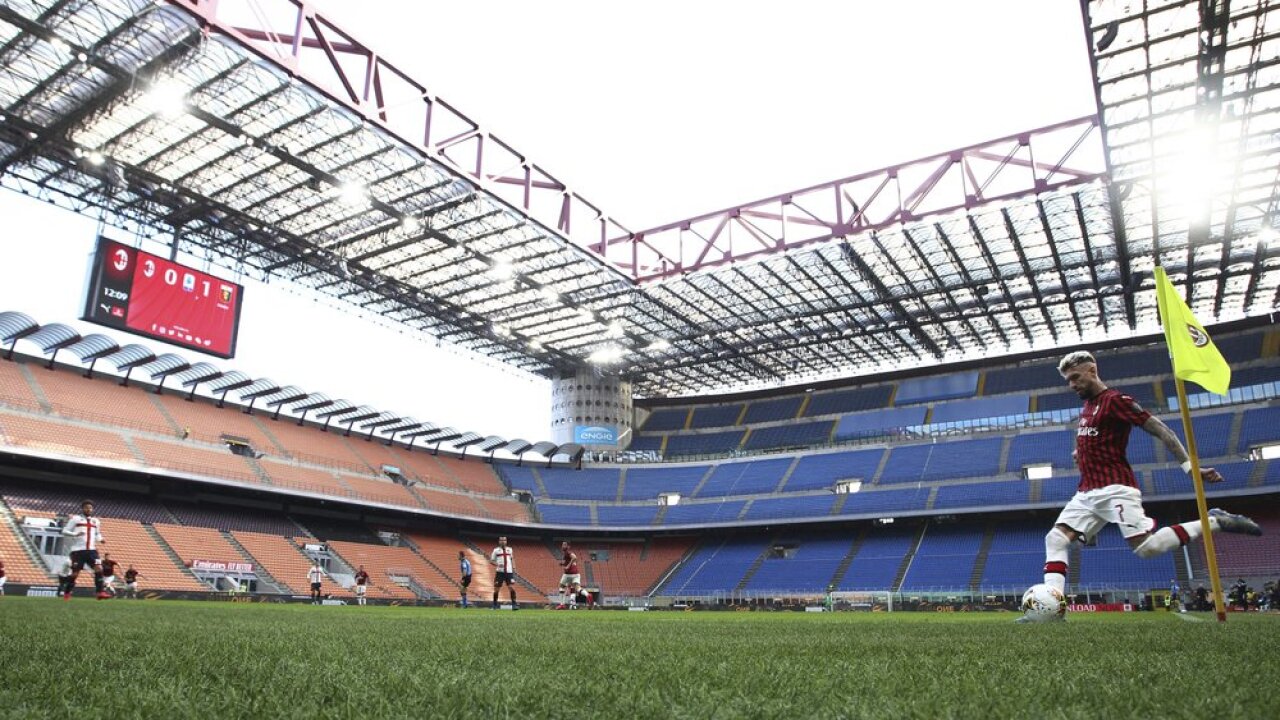 SCOTTSDALE, Ariz. (AP) — As U.S. sports leagues weigh whether to bar fans from ballparks and stadiums to help stall the coronavirus outbreak, San Francisco Giants pitcher Jeff Samardzija is one of the few players who can tell them exactly what that feels like.

Samardzija pitched for the Chicago White Sox in a 2015 game played without fans in Baltimore due to civil unrest in the city. It was a bizarre scene at Camden Yards — a sun-drenched stadium, empty except for the teams — but something that has already become common internationally and could happen in the U.S. if there’s no slowdown to the spread of the COVID-19 strain that has infected more than 100,000 people worldwide.

The global virus outbreak has caused concern about cramming tens of thousands of fans in for games that technically can go on without them.

Sports leagues in Europe, Asia and the Middle East have already locked supporters out of venues, and the NBA sent a memo to its franchises Friday warning them to prepare for the possibility that it may have to host games without fans.

While U.S. sports leagues have been in regular contact with each other regarding the outbreak, MLB and the NHL have not yet issued similar notices.

Baseball Commissioner Rob Manfred plans to discuss the coronavirus with team owners in a conference call Monday — the first league-wide call between clubs and the commissioner about the outbreak. But at this stage, the league plans to open the season in 2 1/2 weeks as planned.

With the situation evolving quickly, athletes in the U.S. are becoming aware — and concerned — about the possibility of playing behind closed doors.

Los Angeles Lakers star LeBron James said Friday he “ain’t playing if I ain’t got the fans in the crowd,” and other players also said they’d be disappointed to suit up for empty seats.

“Boring. Boring,” Chicago White Sox shortstop Tim Anderson said. “We get the energy from our fans. It would suck, man.”

Virus concerns are greater in some pockets of the country — like in Washington state, which has reported 16 deaths and more than 100 people diagnosed.

Fears around the outbreak have already affected sports attendance there. The Seattle Sounders drew 33,080 fans Saturday night, the smallest crowd for an MLS regular season match in the soccer-crazed city since the club’s inaugural season in 2009.

“That would be an odd one to play in an empty stadium,” Sounders coach Brian Schmetzer said. “It’d be like ‘OK, we’re playing, but something is missing.’”

Washington officials are already cautioning residents to avoid large gatherings — and one of the biggest on the schedule is when the Mariners host the Texas Rangers for opening day March 26.

Seattle, like all other big league clubs, has been monitoring the situation in conjunction with MLB and taken precautions around its spring training complex in Peoria, Arizona. But Mariners vice president of communications Tim Hevly said that at this stage, “we have no specific concerns or precautions based on what is happening in Washington.”

“These decisions will be made by Major League Baseball with the Mariner people that sit in a higher chair than I’m in,” Seattle manager Scott Servais said. “It is serious, it is really serious. Something that we do not look lightly at. ... But hopefully it gets calmed down a little bit.”

Spring training routines have been gently adjusted — hand-washing has gone up, autograph meet-and-greets with fans have been tweaked, and Servais said the Mariners have re-jiggered some dugout handshakes — but overwhelmingly, players have said they and their families have been unaffected.

All of which makes it hard to fathom that fans could be barred at some point.

“It would be weird,” said Mariners pitcher Taijuan Walker, who said he hadn’t played baseball without at least a few thousand fans in attendance since he was in the minor leagues.

“Certainly you want to make the right decision for our fans, everybody that’s close to the game,” Servais said. “We still need to play our games, if we can, but that’s not for me to decide. We’ll adhere to the decisions that are made. We are planning on playing a complete season this year, and I’m sure we will.”

The International Ice Hockey Federation said Saturday it was canceling the women’s world hockey championships in Canada, and Division III NCAA basketball tournament games were held at an empty venue at Johns Hopkins this weekend.

The sports calendar is loaded with major events in the next few months that may also be forced to adjust, including the NCAA basketball tournament and the Masters.

“I think people would see a lot more of the golf course,” he said. “It would be kind of cool. But obviously, I’d rather play the Masters with people there than without.

“It would be just like having an early tee time on the PGA Tour, anyway,” he added. “I guess for a few guys, it wouldn’t be that much different.”

For many athletes, there’s also skepticism that leagues might go to such extremes.

“I heard (LeBron’s) comment on that,” Atlanta Hawks guard Trae Young said. “Not playing with fans is going to be weird. Honestly, I don’t see that happening. I couldn’t play.”

Of course, it’s happened before. White Sox pitcher Carlos Rodon watched most of the locked-down 2015 game in Baltimore from the bullpen, and he remembered it being so quiet, he could hear every word said by Orioles center fielder Adam Jones.

“There was like only scouts and us, so you could just hear people talking in the dugout,” Rodon said. “It was just odd because it almost echoed because there was no one in there.”

That was believed to be the first big league game played without fans, and it was a one-off — a scheduling necessity to get the game in after rioting in Baltimore prompted by the death of Freddie Gray, a 25-year-old black man who died in police custody.

If virus-related lockouts prove necessary, it’s hard to see them being so isolated. If the spread slows, the sports schedule likely will go on as planned. If not, millions of ticket holders might be forced to stay away in cities all over the country.

“Obviously health is first and playing games is second, so we just need to make sure everything’s taken care of and wrapped up so people can come enjoy these games,” Samardzija said. “But I wouldn’t recommend playing them in empty stadiums.”
___