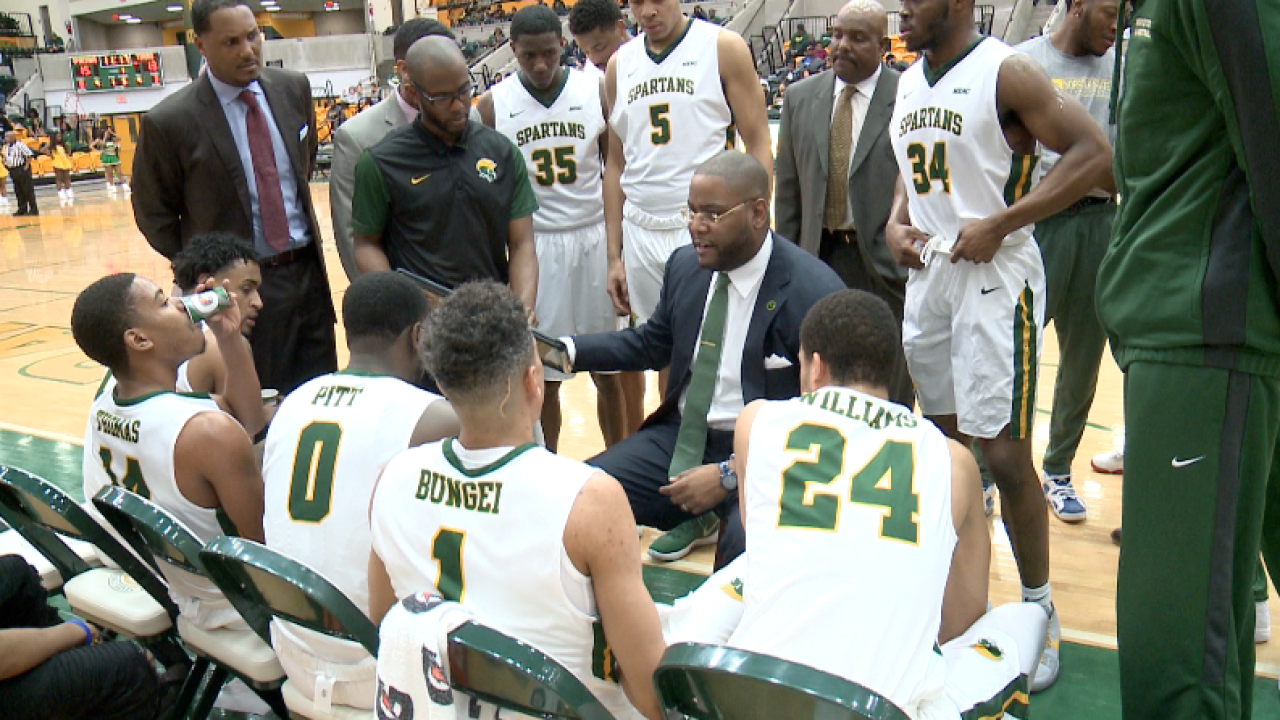 NORFOLK, Va. (NSU Communications) – The Mid-Eastern Athletic Conference on Thursday announced the conference basketball schedule for the 2020-21 season, and the Norfolk State men’s and women’s basketball teams will exclusively play teams from the northern side of the league this year.

The MEAC will split into two divisions, and teams will play games against schools only in their division. Norfolk State will be part of the MEAC North along with Howard, Coppin State, Morgan State, Delaware State and Maryland Eastern Shore.

Each team in the league this year will still play the normal 16 conference games – eight home and eight away – beginning in early January through the beginning of March. The schools will also play doubleheaders with the men’s and women’s teams as normal.

“The unique nature of the MEAC schedule this year perfectly fits the nature of 2020: Nothing is normal,” said NSU men’s head coach Robert Jones. “Only playing teams from the same division will be extremely difficult. Our division is packed with teams that have upgraded their talent tremendously, and each game will be a dogfight.”

“We are really looking forward to playing our 2021 MEAC schedule,” said NSU women’s head coach Larry Vickers. “I’m really thankful in the face of everything going on that the MEAC is trying to implement this safer model with travel being one of the priorities.”

The men’s basketball team received 16 of 22 first-place votes to lead the way in the Northern Division. A pair of Spartan players earned Preseason All-MEAC honors when the conference announced its preseason teams and predicted order of finish on Thursday.

The Spartans will host Coppin State on Jan. 2, the first day of conference play around the league. They will play four games at home during the month of January and four more over the course of the next month against the five other division schools. The regular season concludes for NSU on March 1 at Howard. The MEAC Tournament is set for March 8-13.

In addition to normal Saturday and Monday game days, three of NSU’s games, two at home and one away, will take place on a Wednesday.

Times for all Spartan home games are still being finalized. Norfolk State’s non-conference schedules for men’s and women’s basketball will be announced at a later date.