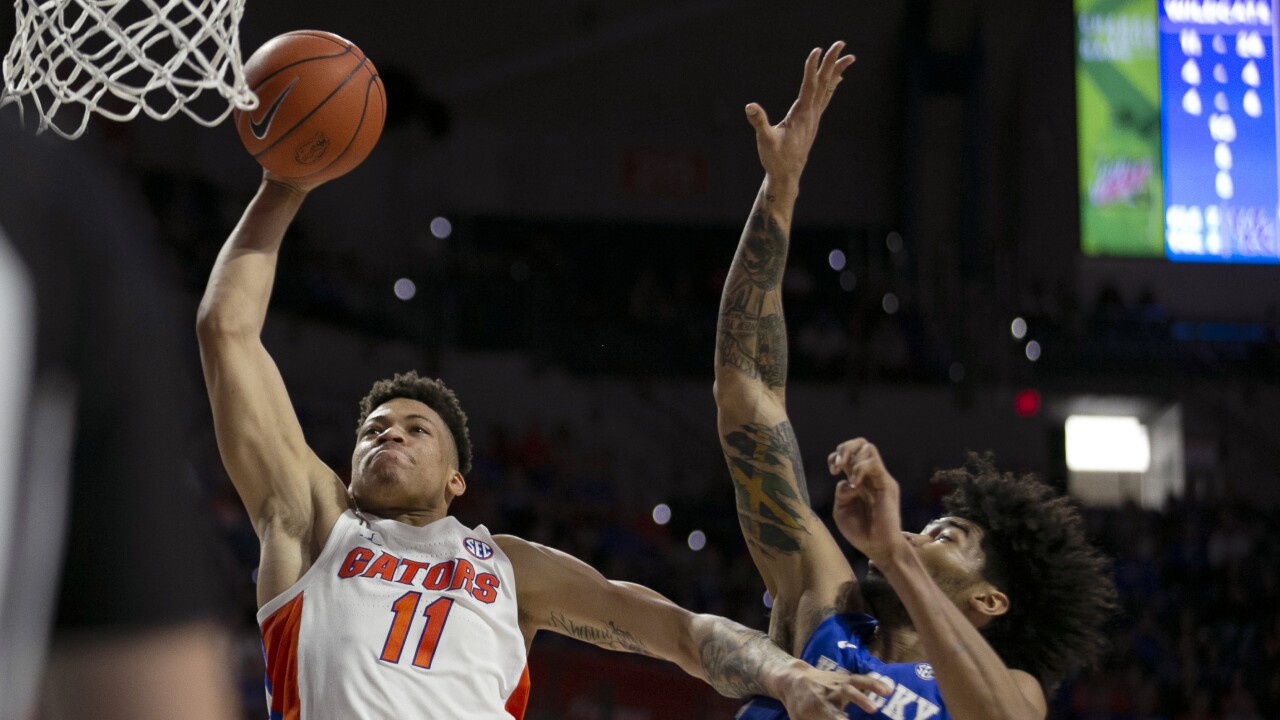 GAINESVILLE, Fla. (AP) - Florida will have its top scorer back next season.

Forward Keyontae Johnson, the former Norview High School standout who finished his prep career at IMG Academy, announced on social media Tuesday that he plans to return for his junior year with the Gators, a huge boost for coach Mike White’s program.

“I can’t wait to get back and play with my brothers again next season!” Johnson said on Twitter. “We’ve got unfinished business & the Gators will be ready to go. I’m excited to keep growing on and off the court with Coach White and our coaching staff here & keep playing in front of the gator family.”

Johnson averaged 14.0 points a game to lead the team in scoring, and was second in rebounding (7.1). He also led the team in steals (38), was second in 3-point shooting (38%) and ranked third in assists (49). He played his best basketball down the stretch, notching five double-doubles in Florida’s final nine games before the coronavirus pandemic canceled most of the postseason.

Johnson is the second Florida starter to commit to staying in school another season. Guard Scottie Lewis announced last week that he will be back for his sophomore year because “we have some unfinished business.”