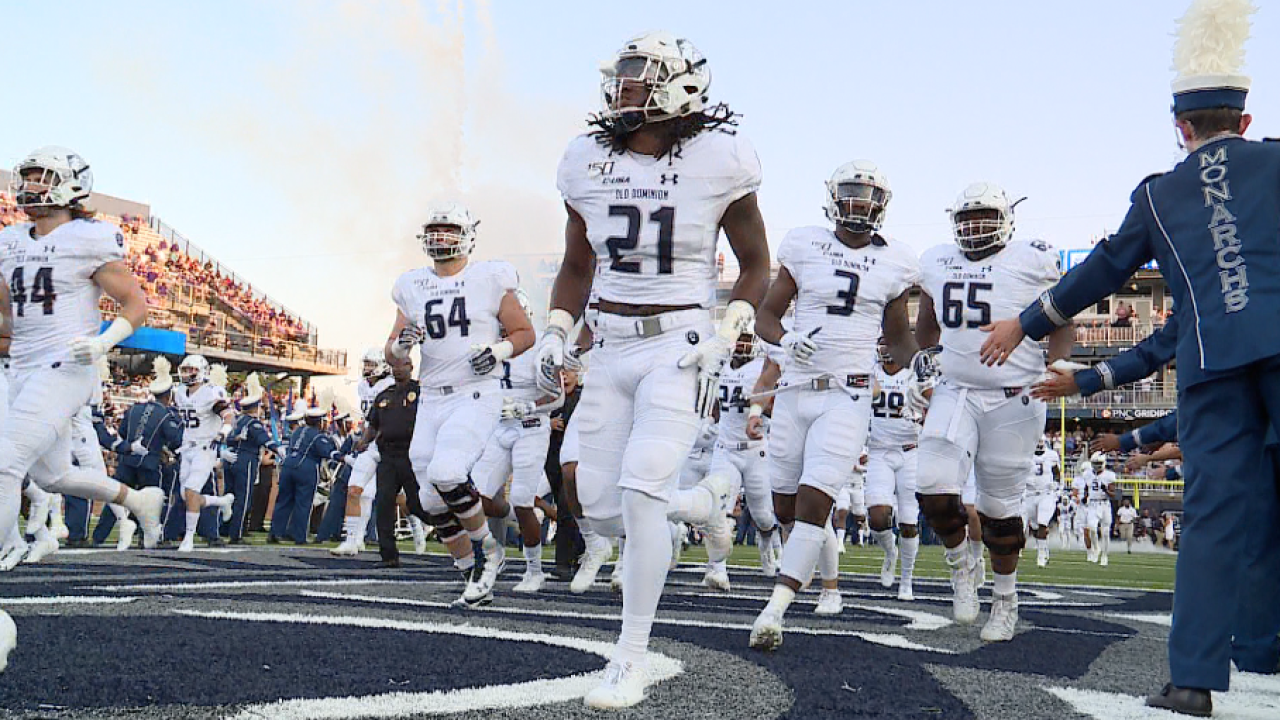 NORFOLK, Va. (ODUSports.com) Old Dominion and East Carolina have signed a six-game, home-and-home football series that will continue a rivalry that has produced close, well-played games and will provide easy access for fans of both programs to see their teams on the road.

Reducing spending has become more of a priority for college athletics since the coronavirus pandemic began and this series allows both schools to trim travel costs significantly.

Fans traveled well in the first three games of the series, including 2013 when ODU took 22 busloads of Monarch faithful to ECU for its first game there, and first game against an FBS opponent.

Dr. Wood Selig, ODU's athletic director, said signing a long-term deal with ECU has been a major priority for his staff.

"With the exception of Virginia Tech, East Carolina is the one football opponent that most resonates with our fans," Dr. Selig said.

"ECU has such a great football tradition and loyal fan base. This is a program that over the years has consistently competed well with ACC schools such as North Carolina, N.C. State and Virginia Tech.

"In many ways, ECU's football program has been a model for our program. Old Dominion and East Carolina should be playing, especially given how easy it will be for fans of both schools to attend the away games as well. We're so glad we were able to work out this football series."

The prospective rivalry with ECU was a major reason why ODU announced in 2012 it would move up to FBS and join Conference USA. However, in 2014, ECU left C-USA for the American Athletic Conference. ODU officials believe ECU could become one of the Monarchs' best rivals.

ODU also has a long-term, home-and-home series with Virginia Tech.

ODU-ECU series begins with a game on Sept. 10, 2022 in Greenville, and completes scheduling for 2022 -- the Monarchs also host Virginia Tech and Liberty and play at Virginia in what almost certainly will be their most challenging non-conference schedule ever.

ECU has won all three games in the series although all were close. Playing in its first transition season into FBS, ODU lost at ECU, 52-38, in a 2013 game in which the Monarchs trailed by four heading into the fourth quarter. The game attracted 44,597 fans to Dowdy-Ficklen Stadium.

ECU claimed a controversial 37-35 victory in 2018 in Greenville when a late interception by ODU was ruled incomplete. The Pirates came to Norfolk last season and won, 24-21.

"That was their first visit to the stadium, and they liked what they saw," he said. "And obviously, they have a beautiful stadium and complex that recently went under renovations as well."
Dowdy-Ficklen Stadium underwent a $60 million expansion in 2018 and 2019 that added a new press box and luxury and club seats, among other amenities.

"We have a lot of respect for what they have been able to accomplish and for their football history," said Stewart.

First-year coach Ricky Rahne says numerous fans have told him of their desire to play a long-term series with ECU.

"Our program is excited to renew a rivalry that has been requested by our supporters since the day I was hired," he said.

"For more than a hundred years, regional rivalries have made college football a part of the American fabric, and our team is excited to carry on that tradition."

ODU is scheduled to open Rahne's first season on Sept. 4 at home against Wake Forest. The Monarchs have a seven-game home schedule that also includes dates with Virginia, Hampton, Marshall, Florida International, Middle Tennessee and UAB.