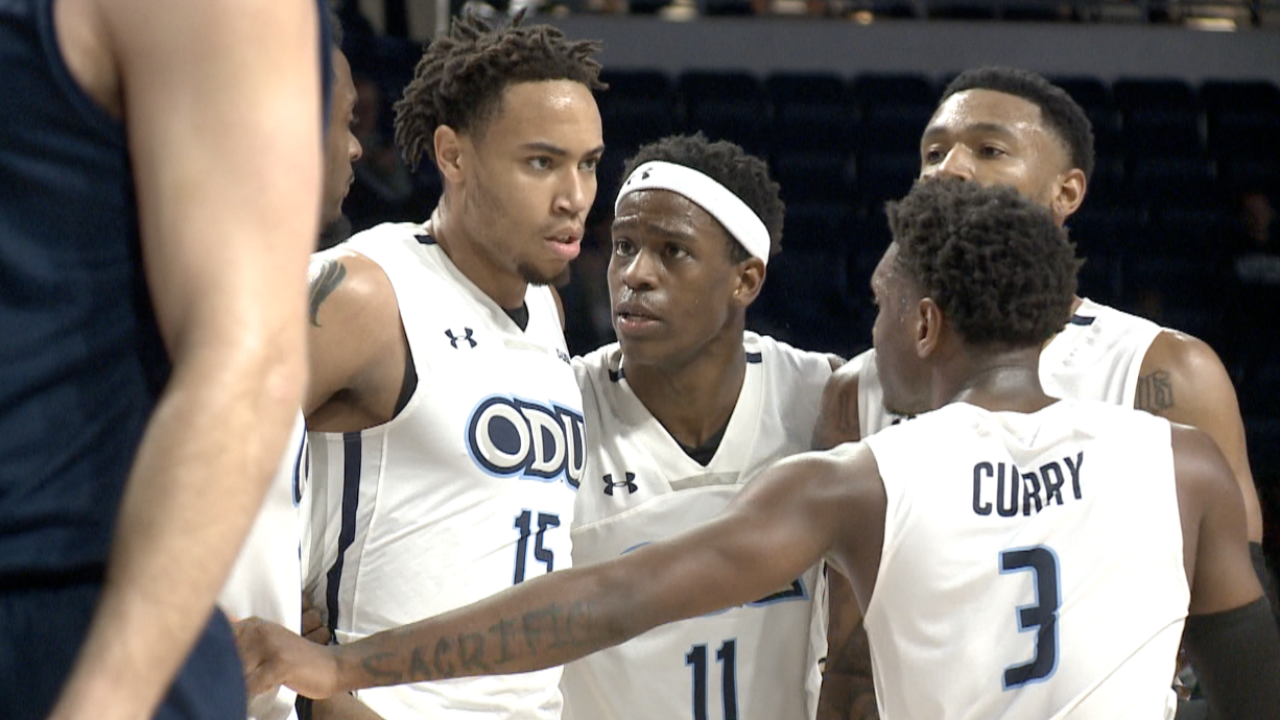 FRISCO, Texas (ODUSports.com) - In the end, Old Dominion had too little depth and too many turnovers to avoid an early exit from the Conference USA basketball tournament.

Limited to seven players by a lineup depleted by transfers and an early season injury to Jason Wade, the Monarchs succumbed to Florida Atlantic, 66-56, Wednesday night at the Ford Center.

ODU finished 13-19, clearly not what the Monarchs had hoped for a year after the they won their first Conference USA championship on the same court.

A visibly emotional Jeff Jones said it was a difficult way to end the season.

"It's been a long journey for our basketball team this year, with some ups and a bunch of downs," he said. "But what I tried to communicate to our guys after the game wasn't about basketball, but about appreciation for everyone in the locker room who all went through that journey together.

"It wasn't always fun. Tonight certainly wasn't fun. But I'm so proud of these guys."

"It meant a lot to all of us to hear that," he said. Asked about next season, he replied: "We're going to be ready."

FAU (17-15), which lost twice to ODU during the regular season, apparently decided it would either live or die from beyond the three-point arch and on this night the Owls thrived. They made 12 of 25 3-pointers (41 percent).

ODU shot well, making 21 of 49 shots (43 percent) but in spite of out rebounding FAU by ten, got less shooting opportunities, largely because of 22 turnovers.

Jones said it was the turnovers rather than FAU's 3-point shooting that doomed ODU.

"Their defense was good, very aggressive, but we got good shots," Jones said. "But don't look past those 22 turnovers.

"Most of our turnovers came in transition. That's what really hurt us."

Green opened second half with two three-pointers to give the Monarchs a 4-point lead. Jaylin Hunters' layup extended the margin to five with 15 minutes left.

Jones said had ODU pressed the gas at that point, the Monarchs could have built a big lead. Instead, ODU had three turnovers on its next four possessions..

"We had a chance to extend the lead and we had several transition situations in which we didn't get a shot," Jones said. "Yes, their three-point shooting hurt us, but that was more deflating than them getting a 3."

Hunter gave ODU its last lead, 50-48, with a steal and a layup with 8:32 left. But as it has so often happened this season, ODU then went cold, failing to score for 8 ½ minutes.

FAU outscored the Monarchs, 10-0, to take ten-point lead with 3:12 left. Malik Curry finally broke the ice for the Monarchs on a jumper with 3 minutes left, but it was too little, too late.

After Curry reduced the lead to 8 with a pair of foul shots with 2:30 left, the Monarchs missed their next six shots.

ODU used seven players, including Ezipke, who has been suffering with back spasms. FAU, meanwhile, substituted liberally,

Green and Malik Curry each played 35 minutes for ODU. All but one of the ten Owls who played were in 30 minutes or less.

"In our first two games, I don't think their depth was a factor," Jones said. "But tonight it was. At the end of the game, some of our guys were dragging.

"It wasn't like we didn't get opportunities. But we were just throwing the ball away."