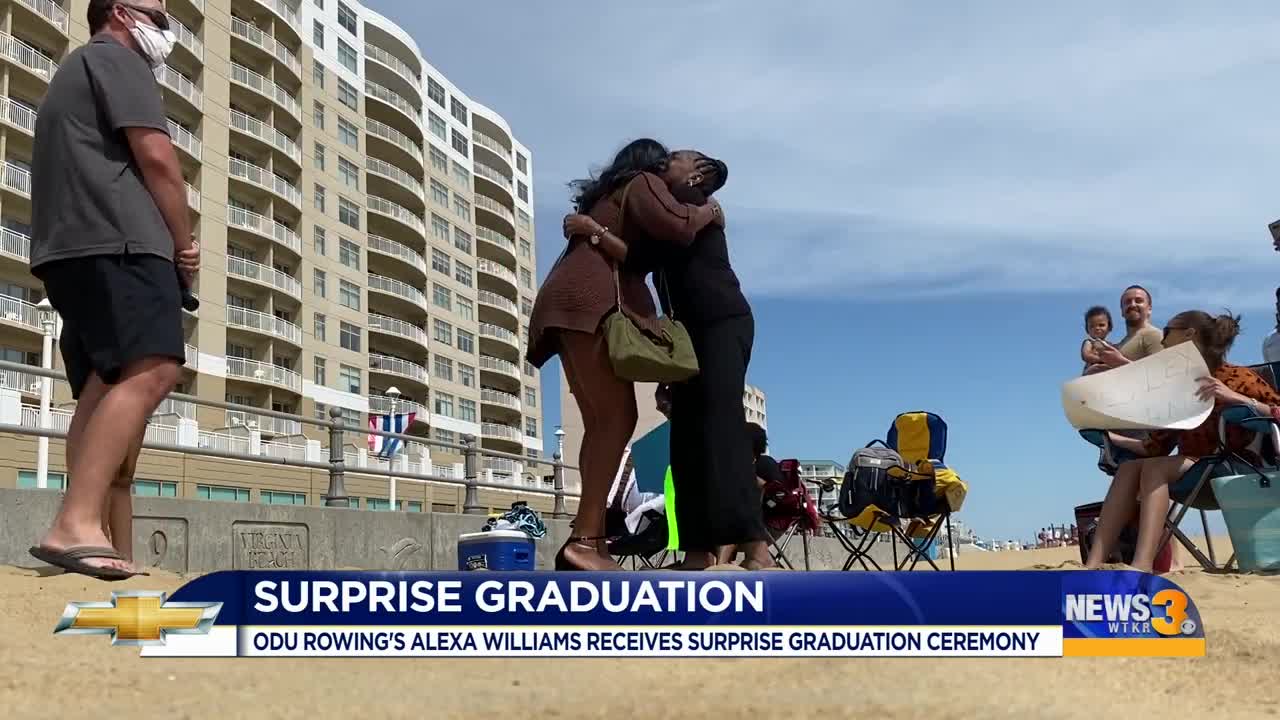 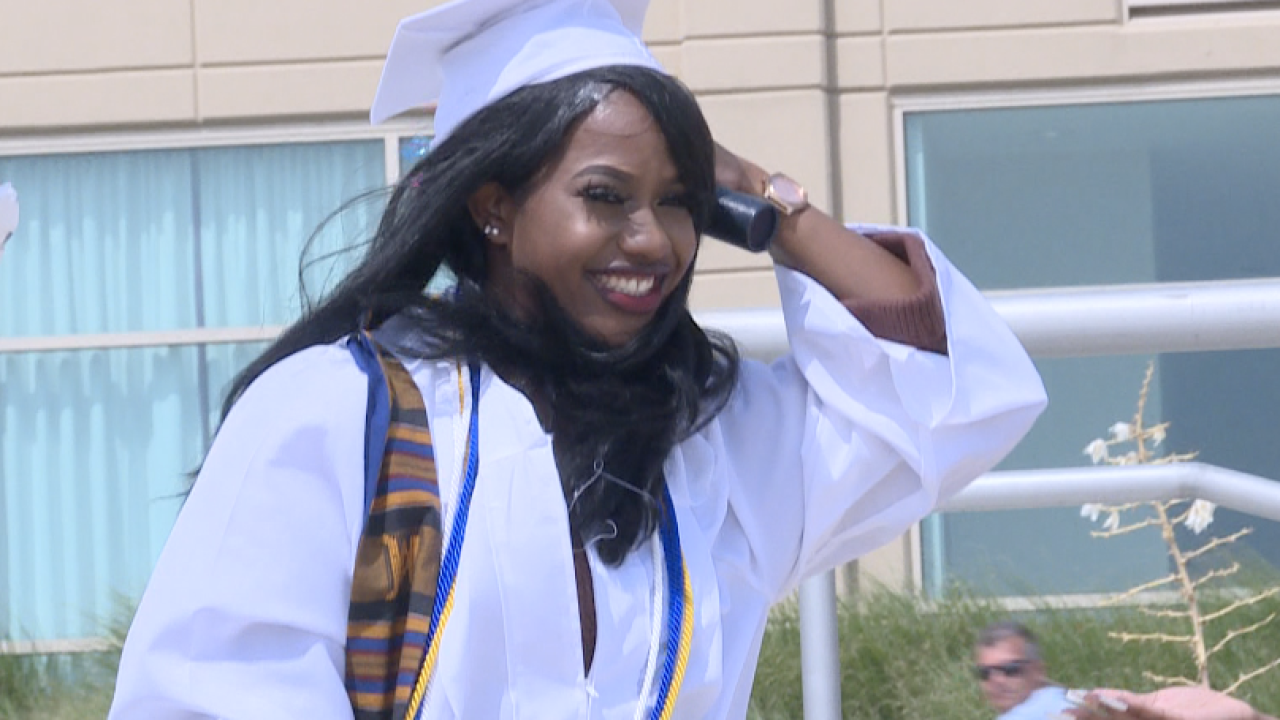 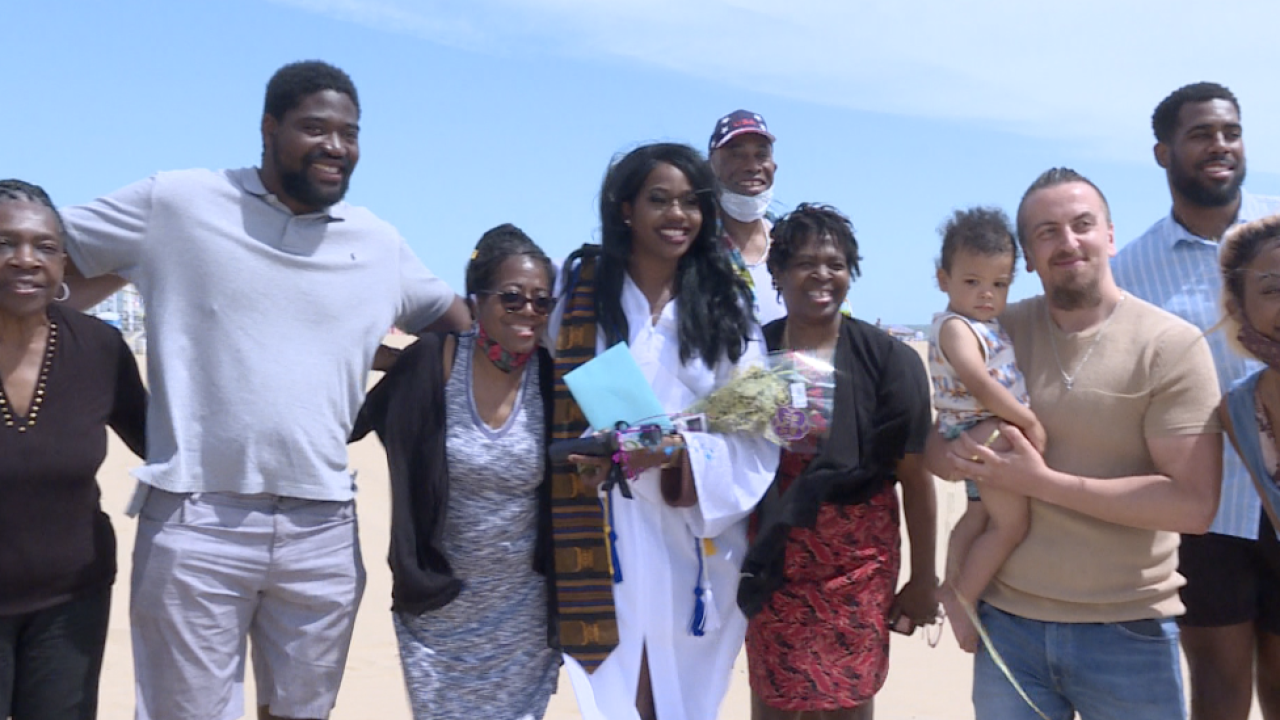 VIRGINIA BEACH, Va. - For senior student-athletes, this spring semester has been like rowing upstream.

The coronavirus pandemic put them in the difficult position of losing out onn graduation festivities, in addition to losing out on their final season as college athletes.

But today, Old Dominion rowing senior Alexa Williams was given a surprise that honored both her academic and athletic accomplishments.

"I almost burst out in tears, I was trying to hold it back," Williams said. "It's beyond anything I could ever dream or expected, especially with this pandemic going on, but in makes me really, really happy."

Williams thought she was going out for brunch with her boyfriend. Little did she know, she was on her way to her own graduation ceremony.

ODU's Spring 2020 commencement is postponed, so her family planned a surprise ceremony of their own at the oceanfront, fitting for someone who spent so much of her college years in the water.

"She is one of the most dedicated, hardworking people that I know," Ariel Hassan, Alexa's sister, said.

When Williams arrived at ODU, she joined the Monarch rowing team without prior experience in the sport. Then, she earned a scholarship and became a two-year member of the team's top boat.

ODU head rowing coach Dan Garbutt had the honor of giving Williams her degree and reminiscing on her Monarch rowing career.

"It reminded me of the past five years being on the rowing team and how much I’ve developed as a person" Williams said. "It makes me really happy, it makes me miss it."

"I don’t know that I’m ever gonna find somebody like her again," Garbutt said. "Both as committed to being a top performer day in and day out, but also being that person to keep the mood right where it needs to be so that the energy is right. That’s pretty special."