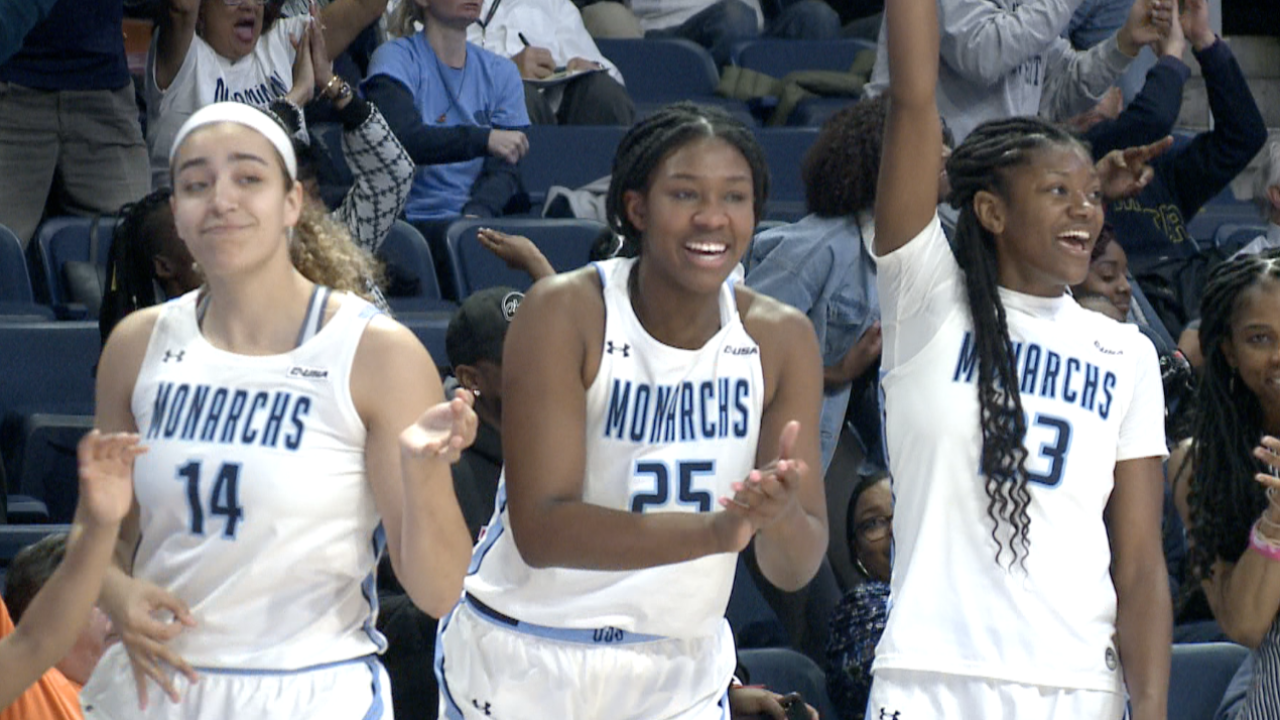 NORFOLK, Va. (ODUSports.com) – The 2020-21 Old Dominion women's basketball schedule is set, and the Monarchs will open with seven of its first eight contests at the Chartway Arena in Norfolk, Va.

Head coach DeLisha Milton-Jones' first year at the helm of the Monarch women's basketball program will be highlighted by a home match up against Power 5 Auburn, two in-state contests and nine C-USA games at home.

Times and streaming information for the games will be announced at a later date.

"I think it will be yet another very competitive year of great basketball for our program,” said first-year head coach Milton-Jones. “We are looking forward to picking up where we left off after such a successful season last year. Our work is unfinished and we are focused on reaching every goal we have set for our program. Both our non-conference and conference schedules are filled with tough competitors.”

The Monarchs will first take the court on Tuesday, Nov. 10 playing host to Southern Conference Regular Season Champion, UNCG, in ODU's home opener and its first of four consecutive home games. The Spartans posted a 23-9 record in 2019-20, including a 10-4 mark in league play. UNCG, coached by former Monarch assistant Trina Patterson (2013-16) will meet ODU for the first time.

Games against Auburn (Nov. 15), UMES (Nov. 20) and South Carolina State (Nov. 22) will continue its lengthy homestand. The last time ODU hosted four or more consecutive home contests was the 2017-18 season. Last season, the Monarchs took down Auburn on the road to mark its first win over a Power 5 program since 2015.

For Thanksgiving, the Monarchs will trek to the Bahamas for the Junkanoo Jam from Nov. 26-28.

Following the Monarchs trip to the Bahamas, ODU returns to Norfolk to welcome in-state foes William & Mary and VCU. William & Mary finished with 21 wins last season and third in the Colonial Athletic Association standings. VCU also put together a 20-win season in 2019-20, which included a win over the Monarchs on its home court. Prior to hitting the road, the Monarchs will take on USC Upstate.

ODU's final non-conference game will be at Cincinnati, hometown of Monarch senior Victoria Morris. In 2019-20, the Bearcats advanced to the AAC Championship, ultimately falling to UConn in the title game.

ODU will begin its C-USA campaign at Diddle Arena, where ODU will take on the Hilltoppers (Dec. 31) who compiled 22 wins and a second-place finish in the C-USA standings alongside the Monarchs in 2019-20. ODU will open the New Year at Marshall (Jan. 2), where ODU went 2-0 against the Thundering Herd last season. Five of the Monarchs eight January games will be played on the hardwood at Chartway Arena The first three home conference contests will be against UAB (Jan. 7), Middle Tennessee (Jan. 9) and Charlotte (Jan. 16). All three C-USA squads turned in 20+ win seasons in 2019-20. ODU dropped two contests against the Blazers, while defeating the Lady Raiders once and splitting a series against the 49ers.

Following the Monarchs three-game homestand, ODU will head to the Sunshine State for a pair of games at FIU (Jan. 21) and Florida Atlantic (Jan. 23), which will be the first of two matchups against the Florida schools. The Monarchs then return home to take on UTEP (Jan. 28) and UTSA (Jan. 30) to close out January.

After a visit from the Miners and Roadrunners, the Monarchs go on the road for consecutive games at Louisiana Tech (Feb. 4) and Southern Miss (Feb. 6). Both the Lady Techsters and the Lady Eagles closed out the 2019-20 season with a 15-15 mark.

The Monarchs will then return home to welcome Florida Atlantic (Feb. 11) and FIU (Feb. 13) to the Chartway Arena.

ODU will make its way to North Texas (Feb. 18) to close out its final three road games of the regular season. The Mean Green closed out last season with a 12-19 overall mark. ODU will then visit defending C-USA Regular Season Champion Rice (Feb. 20). Last season, the Monarchs split the series against the Owls, defeating Rice in an overtime thriller at the Chartway Arena on Feb. 13. On Feb. 27, ODU takes the court at Charlotte for its second matchup of the year.

ODU wraps up league play at home with contests against Marshall (March 4) and WKU (March 6), the second of two meetings of the year.

Conference USA made tweaks to the league schedule based on recommendations from the C-USA Future Planning Committee, which was chaired by ODU Director of Athletics, Dr. Wood Selig. The upcoming 2021 Conference USA Tournament in Frisco, Texas will feature the top eight teams.

Overall, the Monarchs will be hosting 16 home contests.

ODU is coming off back-to-back 20+ win seasons, also returning five of its six top scorers from 2019-20, including All-Conference players Amari Young and Ajah Wayne and C-USA Sixth Player of the Year, Aziah Hudson.