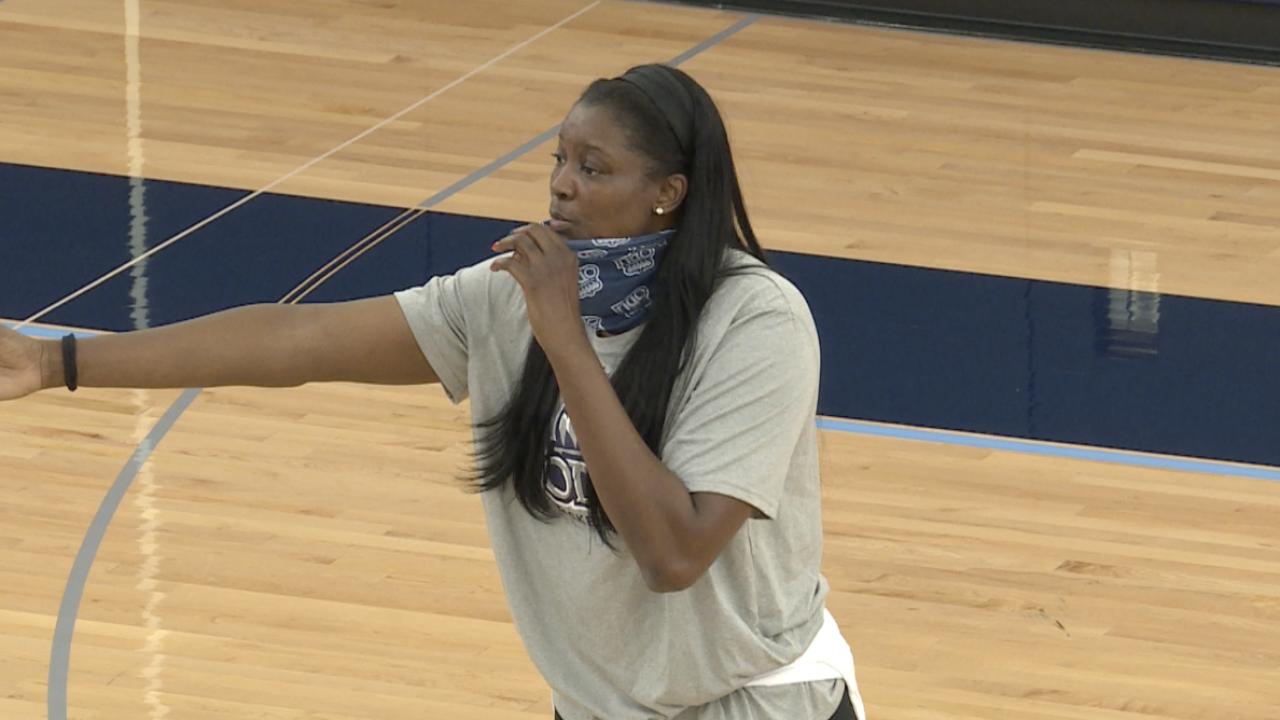 "I'm really excited about our 2021 recruiting class," expressed Milton-Jones. "We have a very versatile group that is skilled. They afford us the luxury of playing many different styles of play as well as opening up creativity within our lineups."

Milton-Jones on Barnes: "Ashanti is a dynamic player with an unlimited skill set. She's a product of the 757 and we look forward to seeing her captivate the community with her growth on the court. Ashanti is used to the spotlight and I can't wait to see how brightly she shines in the near future."

Milton-Jones on Sample: "Eden is what I call steady. She will come in and be added ammunition for our offensive and defensive abilities as a team. Her personality and savvy play will be enjoyable for our fans to witness."

Milton-Jones on Nelson: "Kaylen is a grinder. She only knows one way to play and that's hard!!! Her toughness and aggressiveness will fit in seamlessly with our current offensive philosophy."

Milton-Jones on Moreland: "Amhyia is a very deceptive player. Her ability to put the ball on the floor to attack the rim from the center position is a welcoming sight. She has very good hands and nice shooting range that will serve us well."