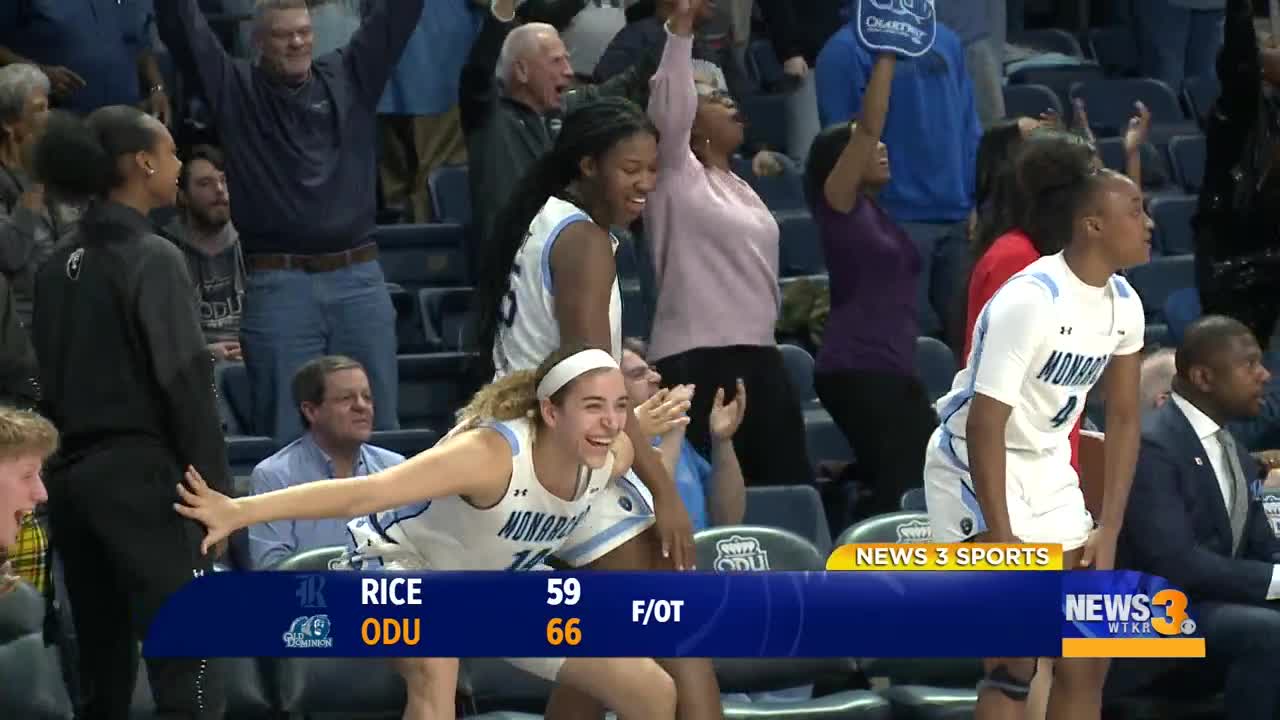 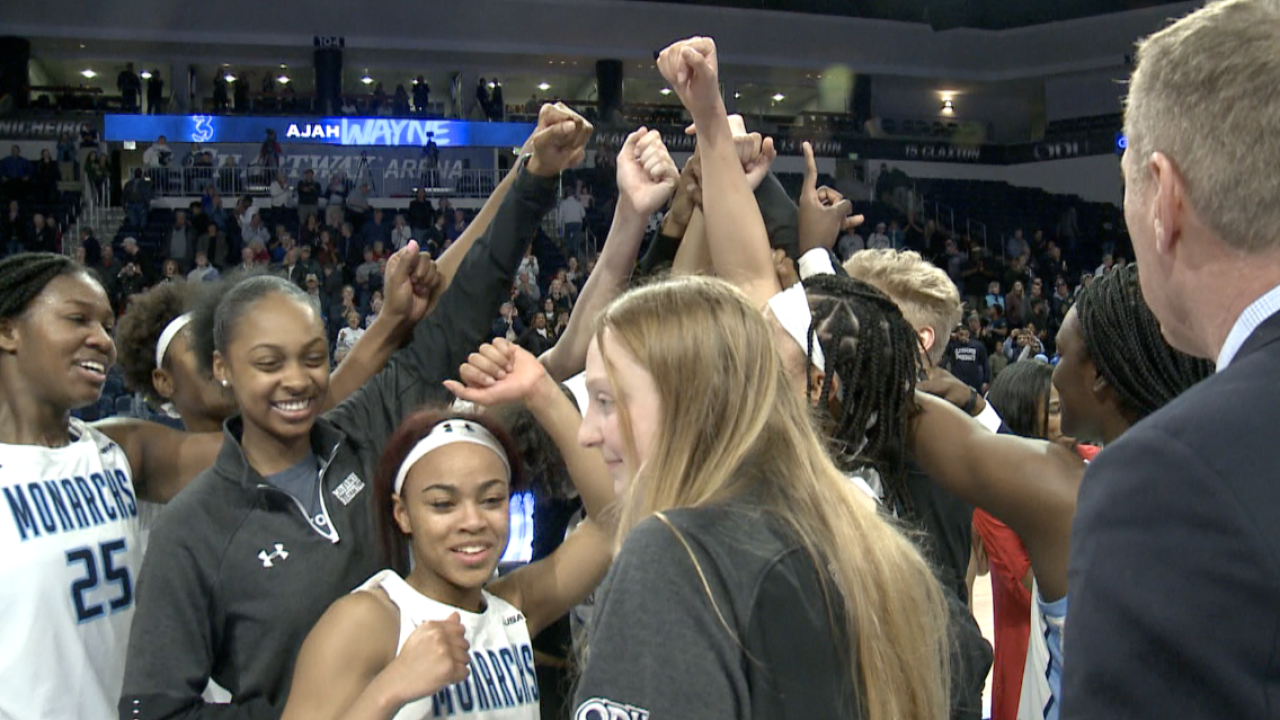 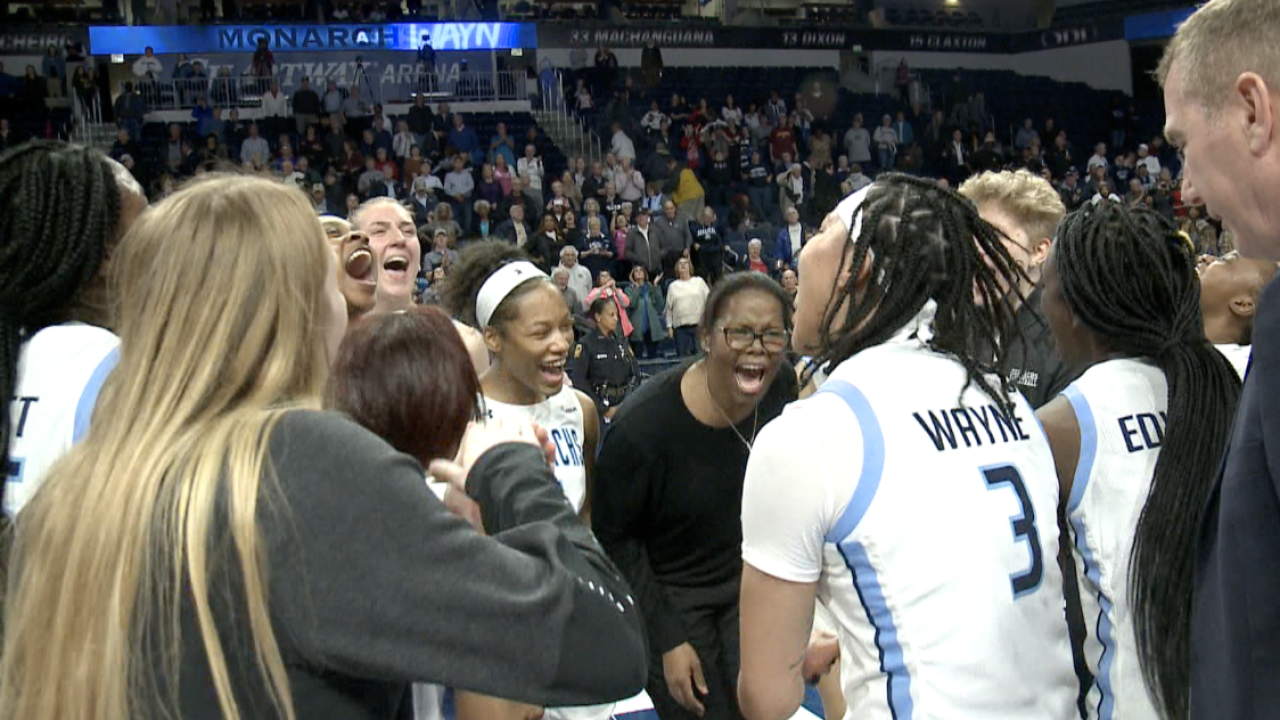 Playing in their most significant home game in more than a decade, the Monarchs upended Rice, 66-59, in a gut-wrenching overtime game Thursday night and moved into a first-place tie with the Owls.

ODU has a storied past that included three national championships, but is just two years removed from an 8-23 season. ODU hasn't been to the NCAA tournament since 2008, nor has it really been competitive in conference races in a decade.

Coach Nikki McCray-Penson, a former All-American from Tennessee, is in her third season of a mammoth rebuilding effort, and has taken the Monarchs much further in a short time than most people believed was possible.

ODU played before a charged-up crowd of 2,732. As the game ended, the fans stood chanting "ODU," while McCray and her players celebrated at mid court.

"I'm so happy for our fans," she said. "To be able to play a championship type team on our home floor, with a great atmosphere, I know that meant so much to them.

"We were at home and the ball rolled our way. We got some stops when we needed to and scored some bucket in transition and that's what you've got to do."

It wasn't until a few hours before game time that she was given the go-ahead to suit up. Like her teammates, she gutted out what was at times a physical game.

"Yesterday was my first day back in practice," she said. "I fought through it and prayed a lot and took treatment.

"But I knew I had to come back for my team."

Amari Young had 15 points and 11 rebounds and Taylor Edwards had 14 points.

Victoria Morris made a 3-pointer with 4:56 left in the game to give the Monarchs a 55-51 lead, but then ODU's shooters went ice cold. ODU did not score again in regulation and was fortunate to make it into overtime.

ODU missed four shots in the final 1:02 of regulation that could have won the game.

ODU's offense came to life in overtime as Wayne made two foul shots and a jumper, and then Morris drilled a fallaway 3-pointer with 1:41 left that gave the Monarchs a 62-55 lead and plunged a dagger into Rice's comeback hopes.

"Victoria didn't have a great game shooting, but she hit the shot, she hit the big shot that gave us so much energy," McCray said.

ODU's defense, rated first in Conference USA, frustrated the Rice offense. The only Owl who scored consistently was Erica Ogwumike, the C-USA Player of the Year in 2019 who scored 26 points and had 18 rebounds.

ODU at times shell shocked Rice with a fast-break attack that led to numerous ODU layups. It was a tempo Rice isn't accustomed to playing and the Owls often couldn't keep up with.

ODU is 12-0 at home and has won nine in a row with five games left to play. The conference regular-season championship may not be decided until March 7, when ODU finishes the regular season at Rice.

Wayne said ODU needs to celebrate tonight, and then get focused on North Texas, the Monarchs' opponent Saturday afternoon.

But Thursday night, she was clearly enjoying the win.

"The atmosphere tonight was just great," she said. "We would score and the cheers would energize us to play defense.

"We hadn't beaten Rice before. We're trying to turn the program around and this was a big win for us.

"I think people are paying attention to us now."