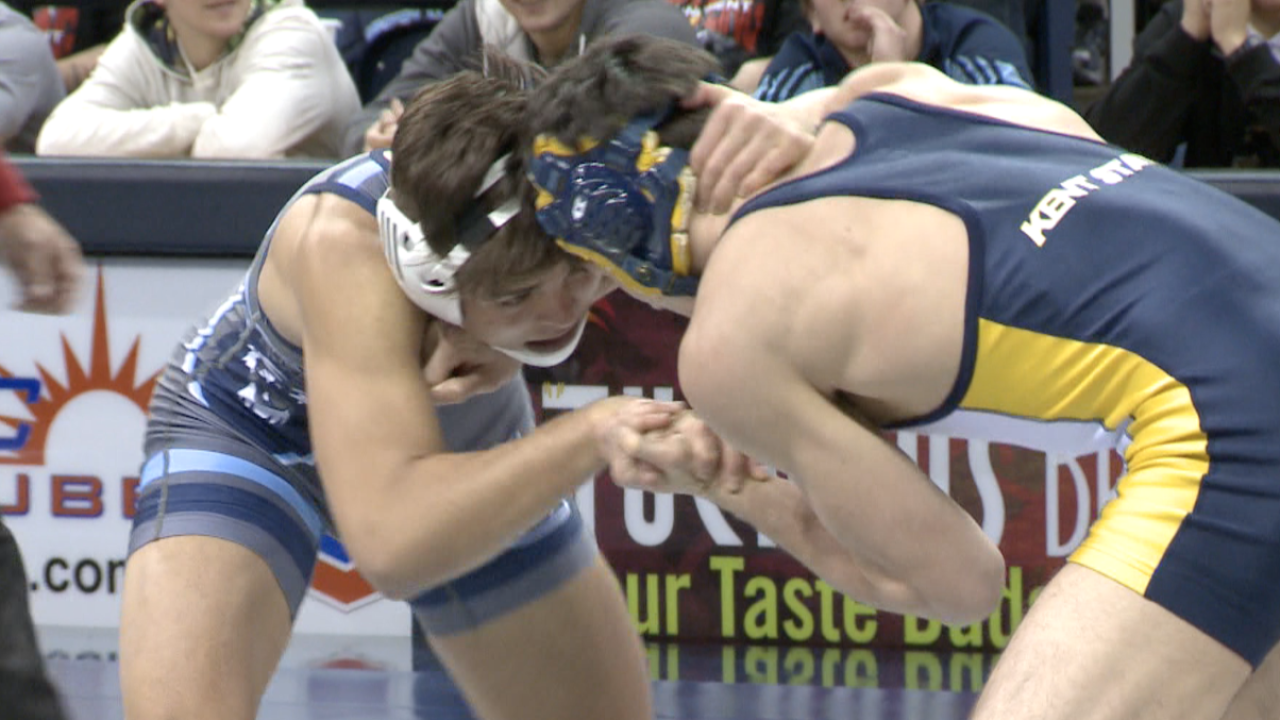 NORFOLK, Va. (ODUSports.com) - Old Dominion University Athletics announced it will discontinue the sport of wrestling effective immediately. Currently enrolled students will retain their scholarships through the completion of their fourth academic year if they remain at ODU. Per NCAA rules, the students can be immediately eligible if they transfer to another institution under these circumstances. The students that signed National Letters of Intent for the 2020-21 year will retain scholarships for the upcoming year if they enroll at ODU. Members of the athletics staff have reached out to each of the students impacted and will help with the transition. There are 32 students in the program currently, seven of which are seniors.

"We are saddened to have to make this decision, but it's one that was made with the long-term best interest of the athletics program in mind," said director of athletics Dr. Camden Wood Selig. "No one wants to reduce opportunities for young men to compete and represent Old Dominion, but we are required to be responsible with departmental resources. Our decision became even more clear during this coronavirus crisis, which we know will have significant impact on future athletics budgets. This decision will better allow the remaining sports to compete at a national level."

The decision in part developed from the findings of a six-month study of the athletics program by an outside consultant. The comprehensive report reviewed the national college sports landscape, identified current and future financial challenges and evaluated Title IX compliance, which led to the recommendation to discontinue a varsity sport. Once completely implemented, it is estimated that athletics will have an expense savings of approximately $1 million.

Steve Martin, who was an ultra-successful high school coach at Great Bridge High School in Chesapeake before taking over the ODU program, has been the head coach of the Monarchs for the past 16 seasons. He has agreed to remain on staff to assist the currently enrolled and signed recruits with the transition.

"I would like to thank President Broderick and Wood Selig for the support of the wrestling program over my 16-year career at ODU," said Martin. "I understand these are challenging times for everyone, not only in athletics, but in every walk of life.

"I care a great deal about the student-athletes and coaches in the wrestling program at ODU, and I'm committed to work with each one of them to assist them during this transition," Martin continued. "I'm proud of what we were able to accomplish over my tenure in the wrestling program, on the mat, but more importantly, off the mat as we were able to use the sport of wrestling to propel many young men into distinguished professional careers."

Martin recorded 172 dual meet victories as the head coach at Old Dominion, matching the record set by Peter Robinson, the program's first head coach. The last competition for the Monarch wrestling team was the 2020 Mid-American Conference championships on March 7-8 in Illinois. On March 12, the NCAA canceled winter sport championships, including the NCAA Division I Wrestling Championships. Four ODU wrestlers had advanced to the NCAA Championships.

ODU has sponsored wrestling since the 1957-58 season. The program has a proud history of producing outstanding alumni, including 23 men who earned All-America honors over the history of the program. Wrestling has participated in the Mid-American Conference since the athletics program left the Colonial Athletic Association in 2013. No other Conference USA members sponsor the sport. In the most recent NCAA report, 70 of the 351 NCAA Division I members (19.9%) sponsored the sport of wrestling in 2018-19. There are also five non-Division I institutions that sponsor NCAA Division I wrestling. The sport sponsorship for wrestling has been on a downward trend since the 1981-82 year when there were 146 of the 276 Division I members (52.9%) sponsoring the sport.

With the change, ODU will sponsor 16 NCAA sports, nine for women and seven for men, in addition to the non-NCAA sport of women's and coed sailing. This includes women's volleyball, which will begin its first season at ODU in the fall. NCAA Football Bowl Subdivision programs are required to sponsor at least 16 sports.