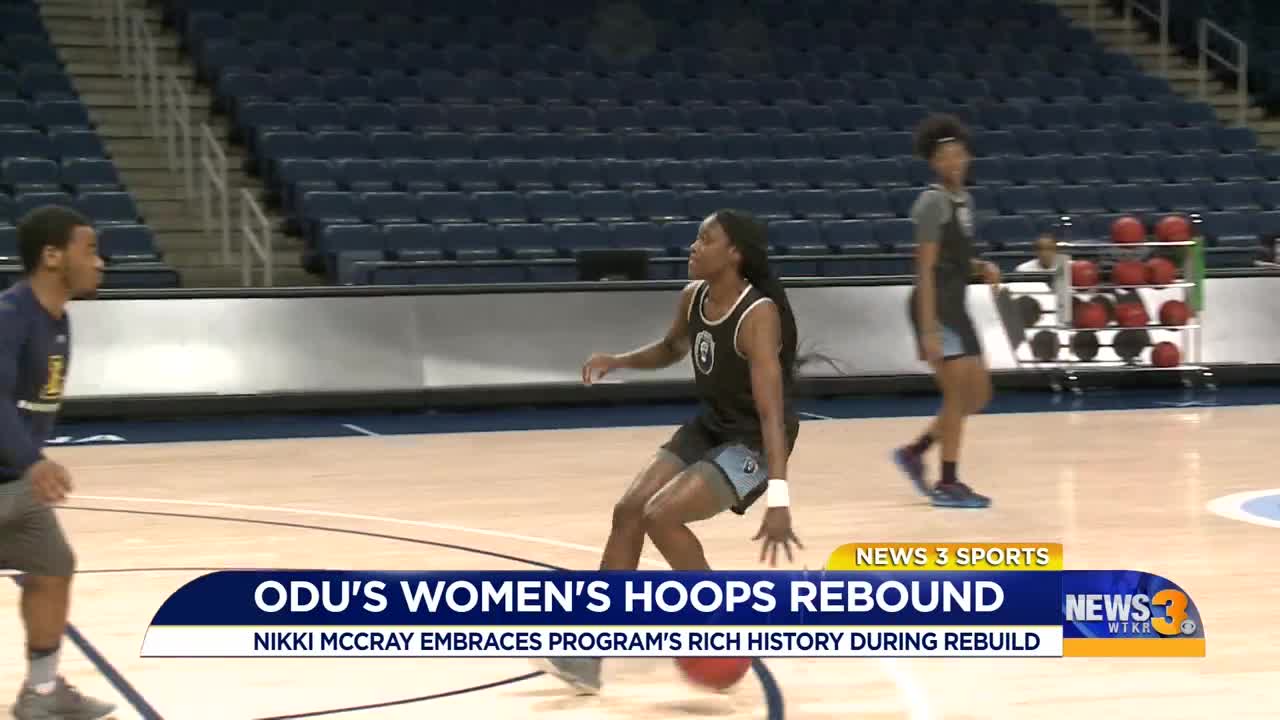 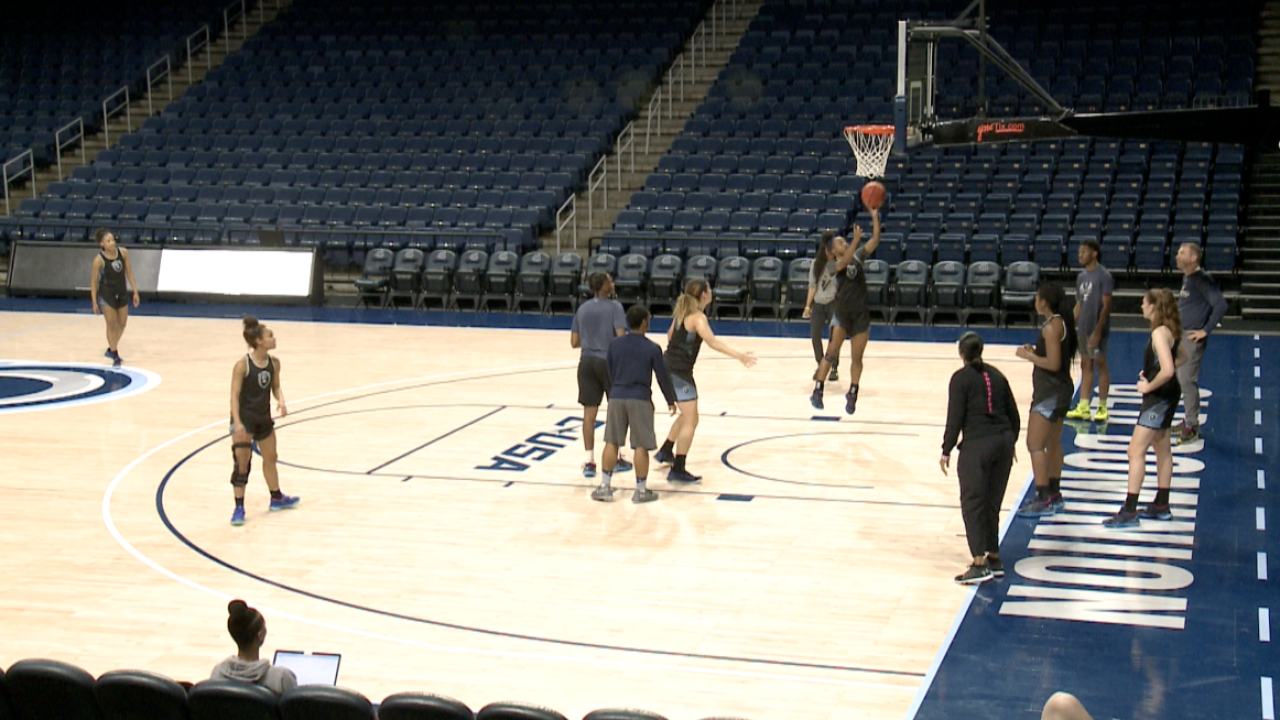 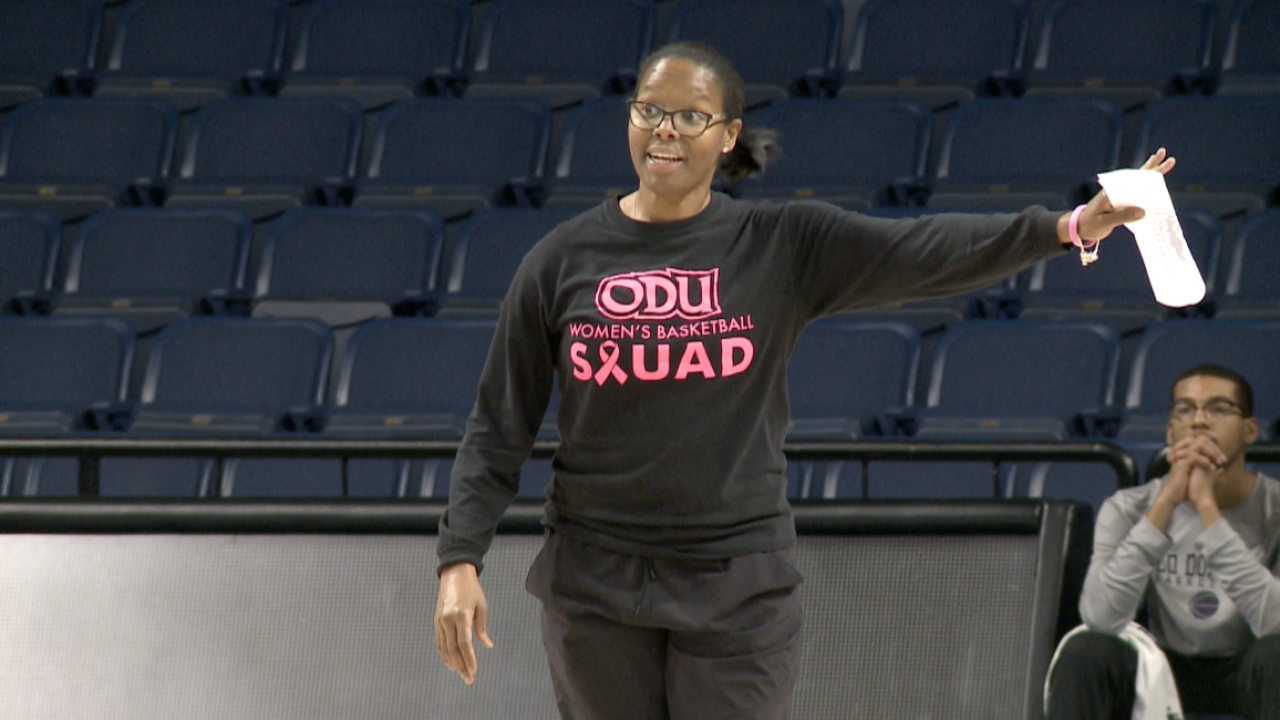 NORFOLK, Va. - Preparing for Thursday's colossal conference contest vs. reigning league champion Rice (6:30 p.m. tip-off), billed as the biggest home game in more than a decade, the Old Dominion University women's basketball team practices inside Chartway Arena - and lights are not the only things radiating down upon the Monarchs.

The storied legacy of ODU women's hoops does not go over the heads of those currently in the program, despite reminders in the rafters literally hanging over their heads.

From 1982 to 2008, playing in front of raucous crowds - both home and away, the Lady Monarchs won 23 conference titles in 27 seasons. Included in that stretch: three Final Four appearances and a national title.

"In order to get where you want to go, you have to know where you come from," McCray, who was hired in 2017, added.

And she would know as well as anyone.

During her All-American playing career at The University of Tennessee, women's basketball's winningest program, McCray faced ODU four times in the early 1990s. So she has seen this Monarchs program during its dynasty days. And Taylor Edwards, the Monarchs' leading scorer this season, says rebuilding ODU is Coach McCray's vision. Her night vision - sleepless night vision.

"It means a lot to her," Edwards said. "She put in a lot of work, staying up sleepless nights – preparing us. I think she deserves it."

"It was hard," McCray admitted. "We didn’t sleep. I just remember the president sending food over for us to eat because we were in office so late."

But she did not bite off more than she could chew. Just 86 games into her tenure at ODU: Thursday, the Monarchs (20-and-3 overall this season) play for first place in Conference USA.

"When you take on a job like this where there’s so much rich tradition of winning national championships, winning national championships – you have to be ready to grind," the third-year head coach said. "We enjoyed the grind to success and we got the right kids in here that believed in the vision and the culture and now we’re in the position to play for first place."

To some, the banners and the history emblazoned upon them would cast a shadow. But for Nikki McCray and the Monarchs, it's the opposite. They've served as motivation to escape dark times and arrive upon brighter days.