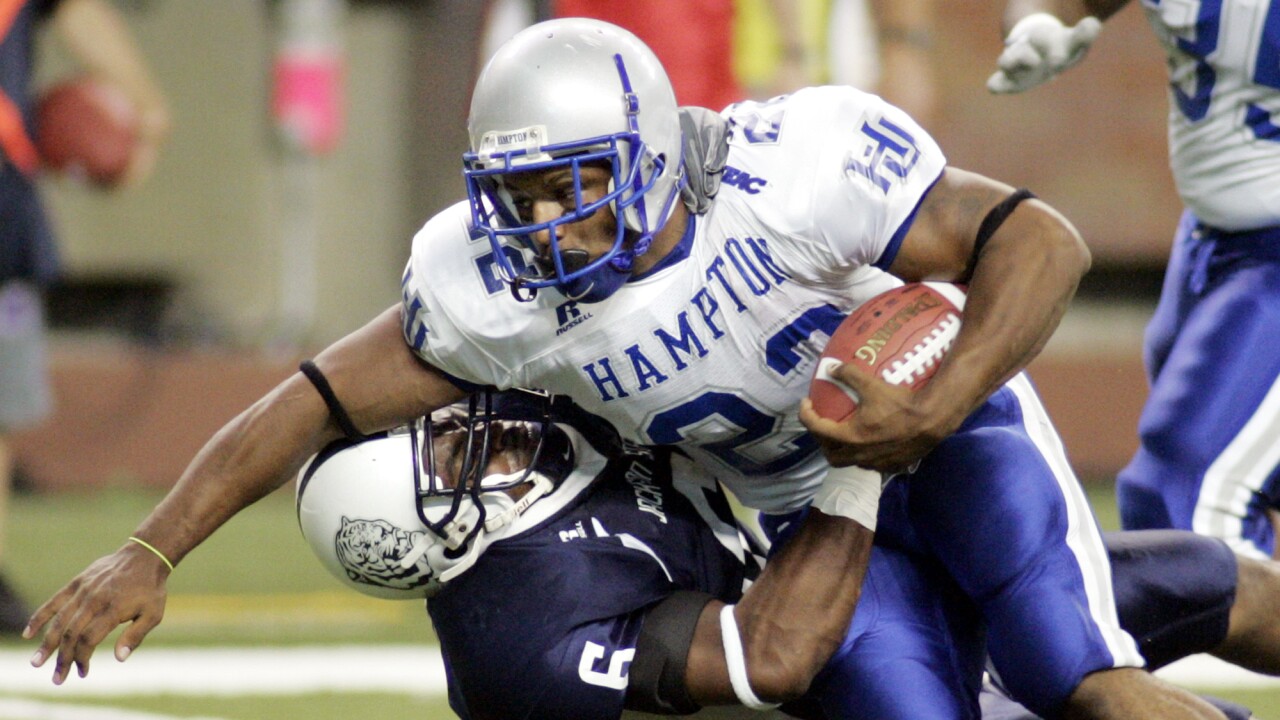 NORFOLK, Va. - As the Mid-Eastern Athletic Conference (MEAC) continues to celebrate its 50th anniversary during the 2020-21 academic year, the conference office now announces the Football All-Time Team, presented by GEICO, comprised of 50 outstanding student-athletes throughout the conference’s history.

Whitehead starred in the defensive backfield at NSU from 2006-09. Whitehead was the first Spartan at the Division I level to earn All-America honors in three years, accomplishing the feat his sophomore, junior and season campaigns. He was a third-team Sports Network All-America selection as a sophomore and junior, and a first-team honoree his senior year. Whitehead is tied for second in school history with 18 interceptions. He also amassed 248 tackles, 6.5 for loss, with 39 passes defended in his career. A three-time All-MEAC first-team pick, Whitehead helped the Spartans to their first two winning records as a Division I program, in 2007 and 2009.

A few years later, Trail became the second Spartan to earn FCS All-America honors in three seasons in addition to three All-MEAC first-team nods (2012-14). After earning honorable mention FCS All-America honors as a sophomore in 2012, Trail was a first-team selection by The Sports Network as a junior and was voted to the TSN second team as a senior. A two-time Buck Buchanan Award finalist as the top defensive player in the FCS, Trail compiled totals of 255 tackles, 41 tackles for loss, 19.5 sacks, 18 passes defended and eight forced fumbles in his three-year Spartan career after transferring from the University of Florida. Trail also scored four touchdowns as a Spartan, three on receptions as a red-zone weapon.

A pair of Hampton University football standouts were honored on Friday being named to the Mid-Eastern Athletic Conference Football All-Time team.

Linebacker Justin Durant and running back Alonzo Coleman were among the 50 former student-athletes recognized by the conference in celebrating its 50th anniversary.

Coleman was a four-time First Team All-MEAC selection from 2003-06. He won Rookie of the Year honors in 2003 and Offensive Player of the Year accolades in 2005. Coleman is tops in career touchdowns in the MEAC (86), second in career carries (856) and third in career yards gained (4,648). He holds the Hampton University record for single-game touchdowns (5 at Gardner-Webb).

Durant, a 2015 MEAC Hall of Fame selection, was a three-time First Team All-MEAC and three-time Defensive Player of the Year from 2004-06. He ranks 12th in the conference in career tackles (339) and holds the mark as the highest NFL draft pick selection as he was picked 48th overall by the Jacksonville Jaguars in 2007. Durant played with Jacksonville, Detroit, Atlanta and twice with Dallas in a nine-year NFL career.