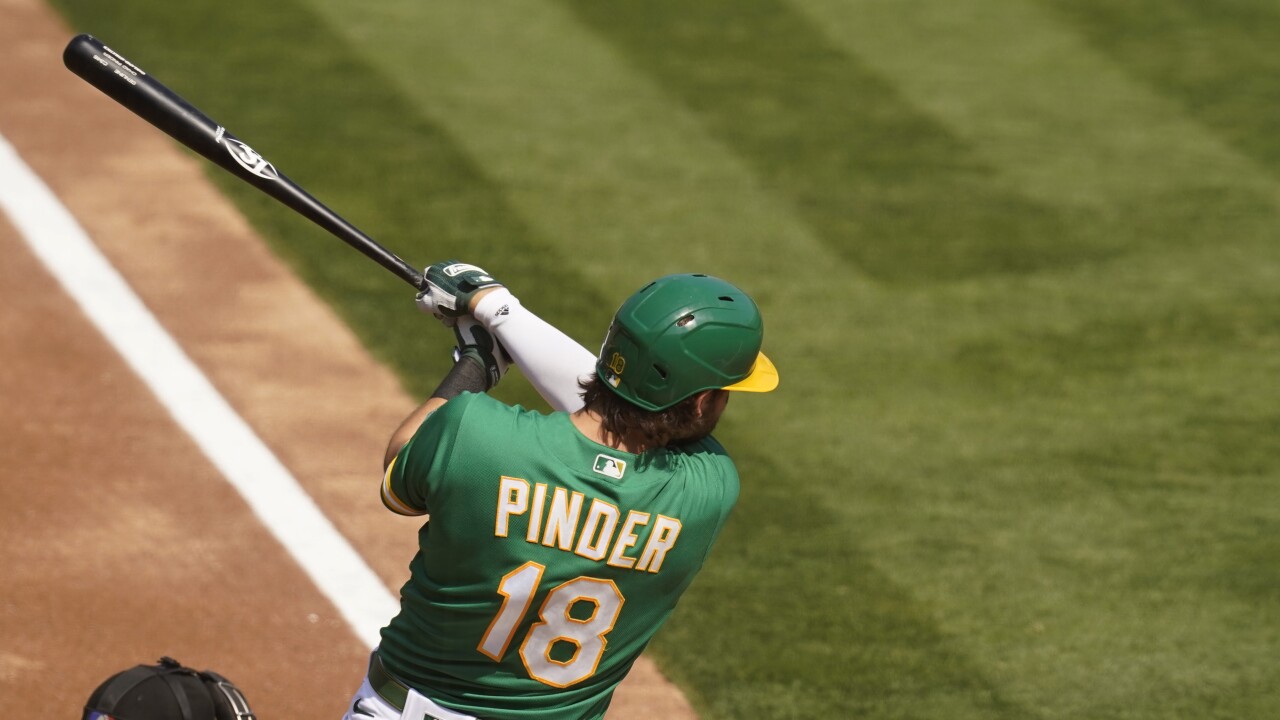 However, the solo blast came in a losing cause as Pinder's Oakland A's fell to Houston, 5-2. The Astros, the reigning American League champions, now lead the best of five American League Division Series two games to none.

Pinder's home run led off the bottom of the fourth inning. He connected on a titanic 453 foot homer - the longest hit at Dodger Stadium all year. It was his lone hit of the day.

Game three of the AL Division Series is Wednesday at 3:35 p.m.