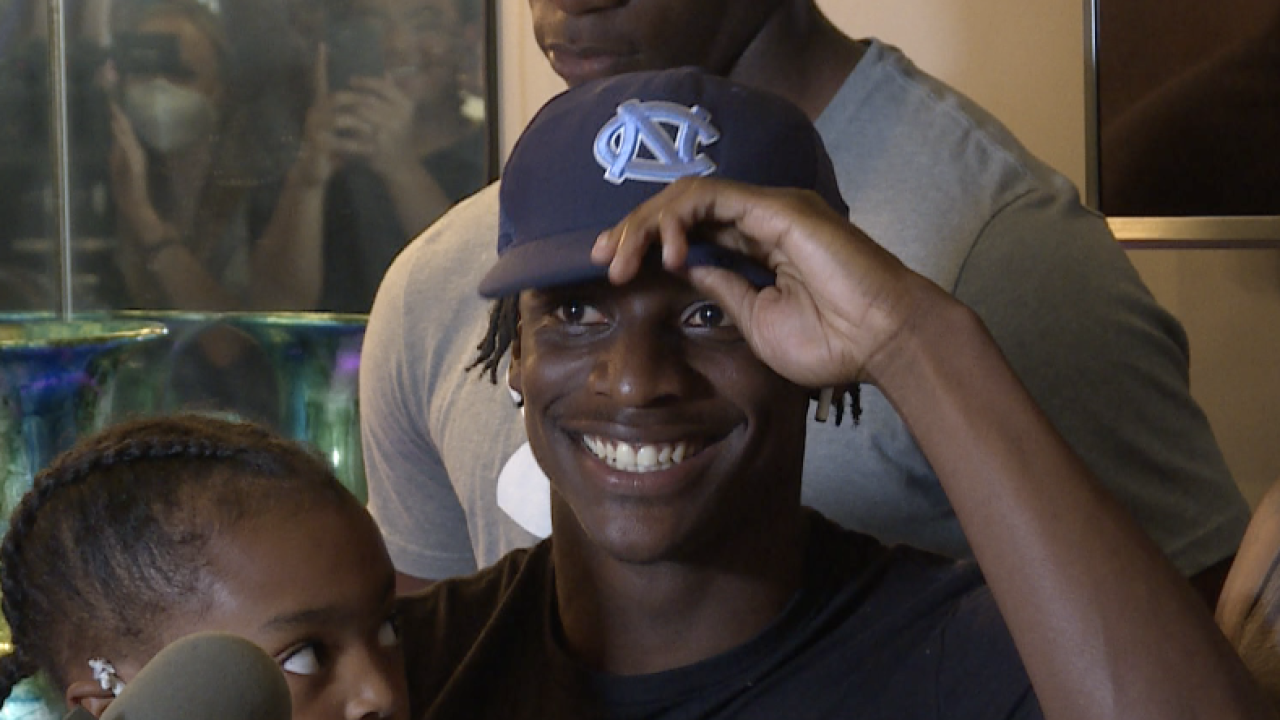 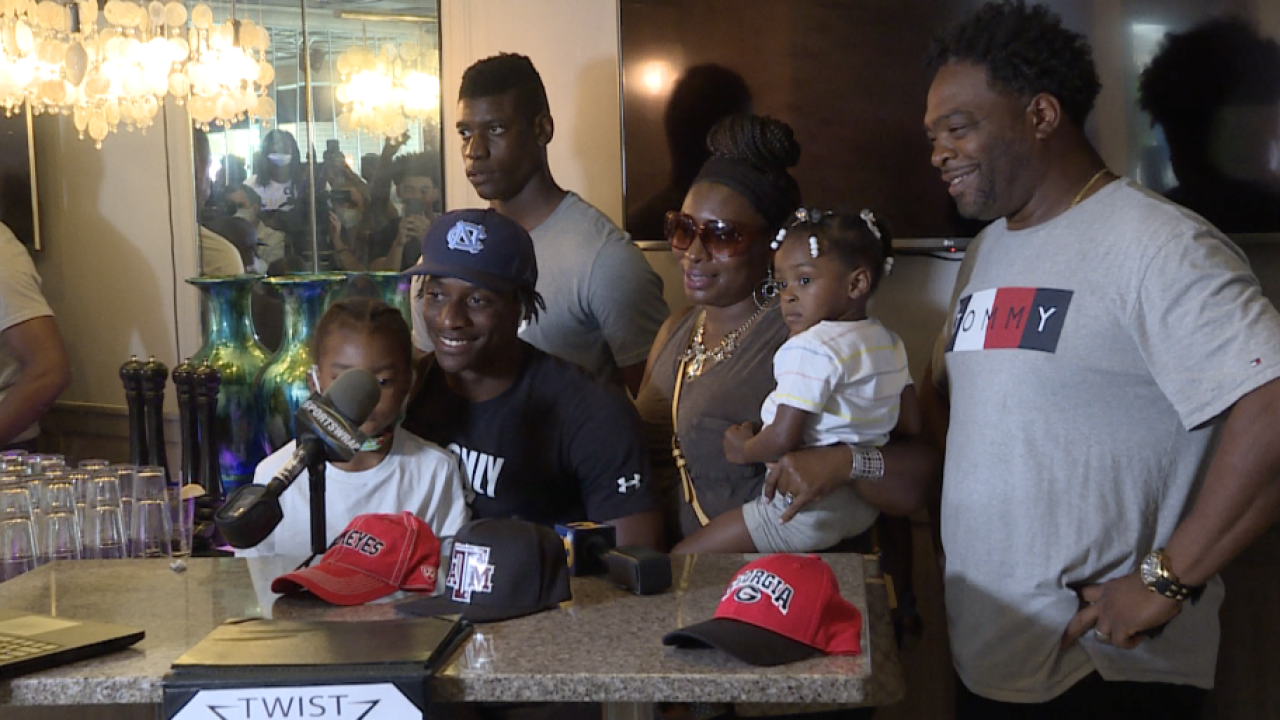 "We most definitely can win a national title and we will," Grimes said about his future college. "Either if it’s my first year, my second year, or my third year. Most definitely before I leave we’re winning a natty."

Grimes had narrowed down his offers from more than 30 schools to a final four of Ohio State, Texas A&M, Georgia and UNC.

While Grimes eyes winning in Carolina Blue in the future, North Carolina gets a huge win in the present.

Dré Bly is a Chesapeake native who starred at North Carolina and played in the NFL for 11 seasons. He's now UNC's cornerbacks coach and the guy who made the call to Grimes with an offer to play in Chapel Hill.

Grimes is looking to follow in Bly's footsteps by going from the 757, to UNC and eventually the National Football League.

"Everyone in the league wants a corner that can lock down the best receiver, and that's gonna be me. I can press man and I can also switch it up. I can play zone and I can come down and tackle."

Grimes also addressed the possibility of enrolling early at UNC. If the high school football season is pushed to the winter or spring because of the coronavirus pandemic, he'll forgo his senior season at Princess Anne. If the high school football season goes according to plan and games are played in the fall, Grimes will play with the decision to enroll early undetermined until a later date.