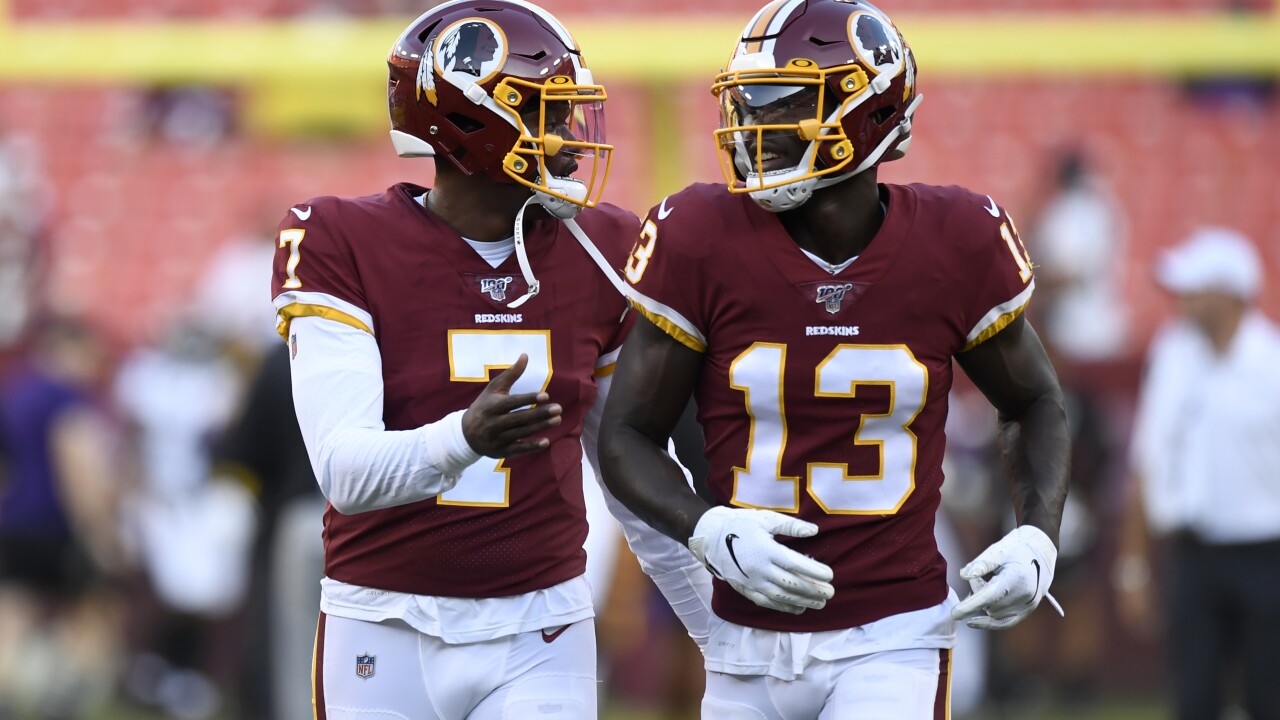 LOUDOUN COUNTY, Va. - If and when the 2020 NFL season starts, Washington quarterback Dwayne Haskins will be without one of his weapons.

Second-year wide receiver Kelvin Harmon, who started eight games as a rookie last season, tore his ACL while training prior to Training Camp. NFL Network's Ian Rapoport broke the news via his Twitter account Tuesday morning. Harmon tweeted a photo from his hospital room moments later, accompanied by the caption "God got me". He also added that he had surgery last week, and he vows to be back "better than ever". Ryan Fowler, a writer for Washington's official team site, also confirmed the news.

Harmon, the former NC State standout, played in all 16 games last season - his rookie campaign. He hauled in 30 receptions, including at least one in each of the year's final nine games.

Washington selected Harmon in the sixth round of the 2019 NFL Draft.