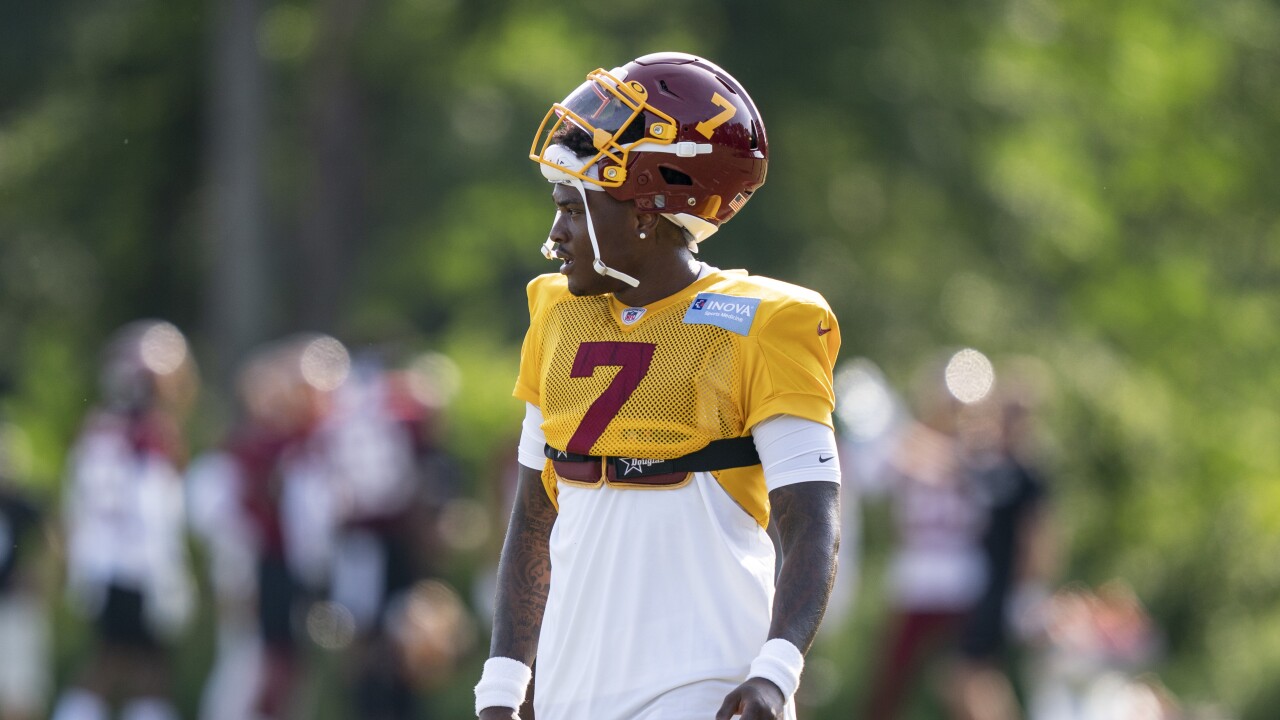 Kyle Allen will start Sunday's home game vs. the Los Angeles Rams. Alex Smith, who has not appeared in a game since breaking his leg in November 2018, will serve as the No. 2 quarterback.

Haskins, last year's No. 15 overall selection in the NFL Draft, has made 11 career starts - four coming this season. In 2020, Haskins has completed 61 percent of his passes. The former Ohio State standout has thrown four touchdowns, three interceptions and also fumbled the ball four times as Washington has stumbled to a 1-and-3 record.

10 days ago, following the team's loss to Cleveland, a game in which Haskins threw three interceptions and lost a fumble, Ron Rivera said he was committed to the second-year signal-caller. “The biggest thing is that I just got done talking to Dwayne and told him, ‘Look, I told you - I am behind you, and I am going to stick with you so you go out there and play football," Rivera said. "He just has to learn and understand that you don’t have to make the big play all the time. Plus, you have guys that can make plays so all you need to do is get the ball into their hands and let them go out and make plays.”

Allen appeared in two games (one start) in 2018. Last season, after replacing the injured Cam Newton, Allen won his first four starts. For the season (13 games), he completed 62 percent of his passes and threw 17 touchdowns with 16 interceptions.

QB Kyle Allen will start against the Los Angeles Rams on Sunday.

A decision was made to bench Dwayne Haskins Jr vs the Rams. Kyle Allen will get the start. Alex Smith will be the back up. #WashingtonFootball