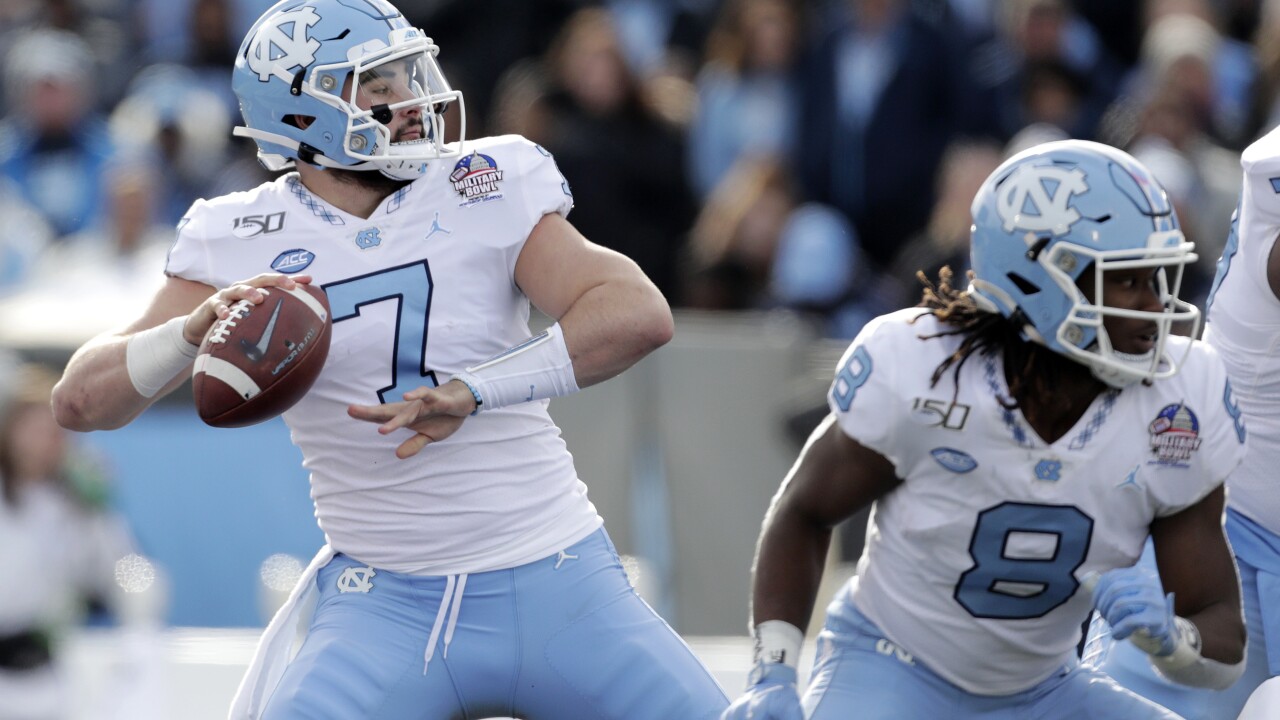 GAME OF THE WEEK

No. 23 North Carolina State at No. 14 North Carolina. The one-loss teams located 35 miles apart meet with the winner staying within sight of unbeaten ACC leaders Clemson and Notre Dame. They’re matched while ranked for just the third time and first since Sept. 25, 1993, when UNC won 35-14.

The Wolfpack (4-1, 4-1 ACC) have won three in a row but will be without quarterback Devin Leary, who sustained a broken fibula against Duke and could miss the rest of the season. Junior Bailey Hockman, who started the first two games and finished last week’s 31-20 win, takes over behind center.

North Carolina State linebacker Payton Wilson has a tough act to follow after recording a team-high 19 tackles and two of the Wolfpack’s three interceptions in the win over Duke. The sophomore leads the ACC at 11 stops per game, which ranks sixth in the Bowl Subdivision, despite missing the Virginia Tech contest with an injury. Wilson led State in tackles last season despite starting one game.