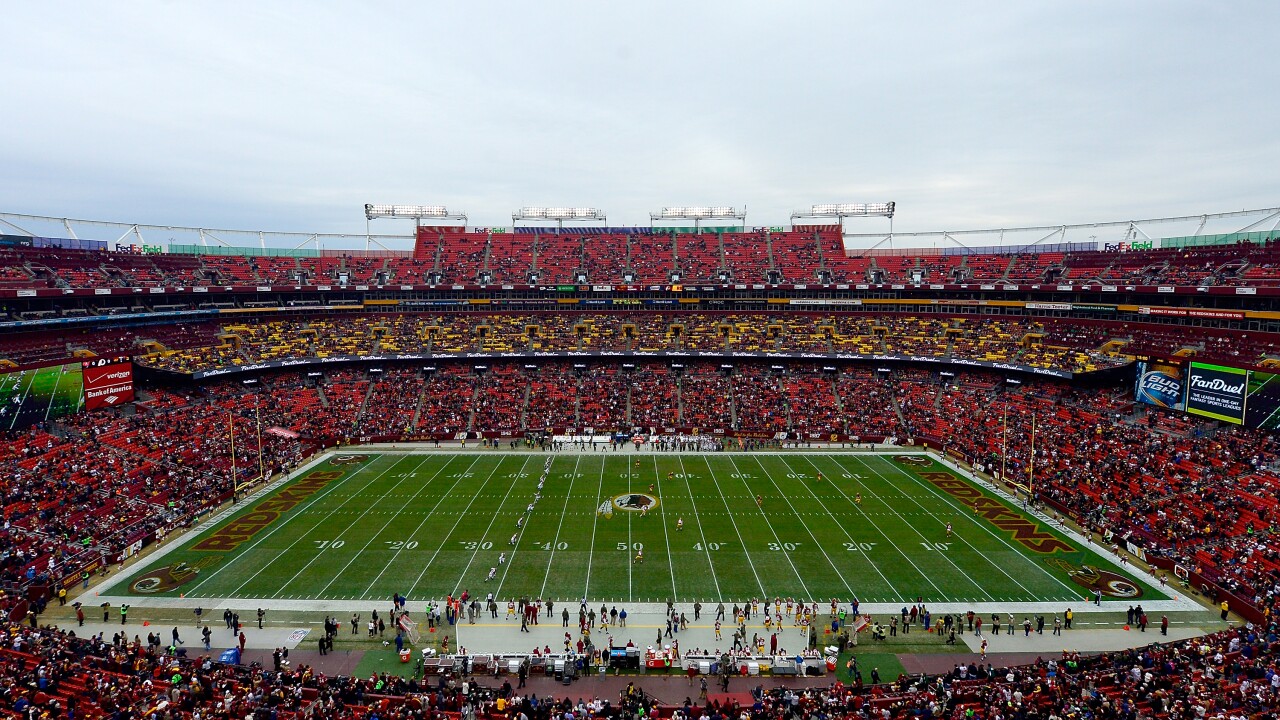 General view as the Washington Redskins take on the Tampa Bay Buccaneers at FedExField. (Photo by Patrick McDermott/Getty Images)

LOUDOUN COUNTY, Va. – The Washington Redskins announced its 2020 preseason schedule today presented by Pepsi, and the four-game slate features their preseason debut at home against the Tennessee Titans, away games against the Indianapolis Colts and Jacksonville Jaguars, as well as the team’s home finale against the Baltimore Ravens.

The Redskins’ preseason home opener at FedExField will be the ninth all-time preseason meeting between the Redskins and Titans. The teams last met in preseason play in 2013, when the Redskins earned a 22-21 victory against Tennessee at Nissan Stadium.

The following week, the Redskins will travel to Jacksonville and play the Jaguars for the sixth time in preseason play and the first time since 2015. Washington will look to secure its first preseason win against Jacksonville.

The Redskins will conclude their 2020 preseason slate at home against the Baltimore Ravens on September 3rd. The teams have met in eight of the last 11 preseasons. This year’s contest will mark the first time that the Redskins will host the Ravens in consecutive years in the preseason at FedExField since the 2006-07 seasons. Washington will look to secure its first preseason win against Baltimore since the 2015 season.