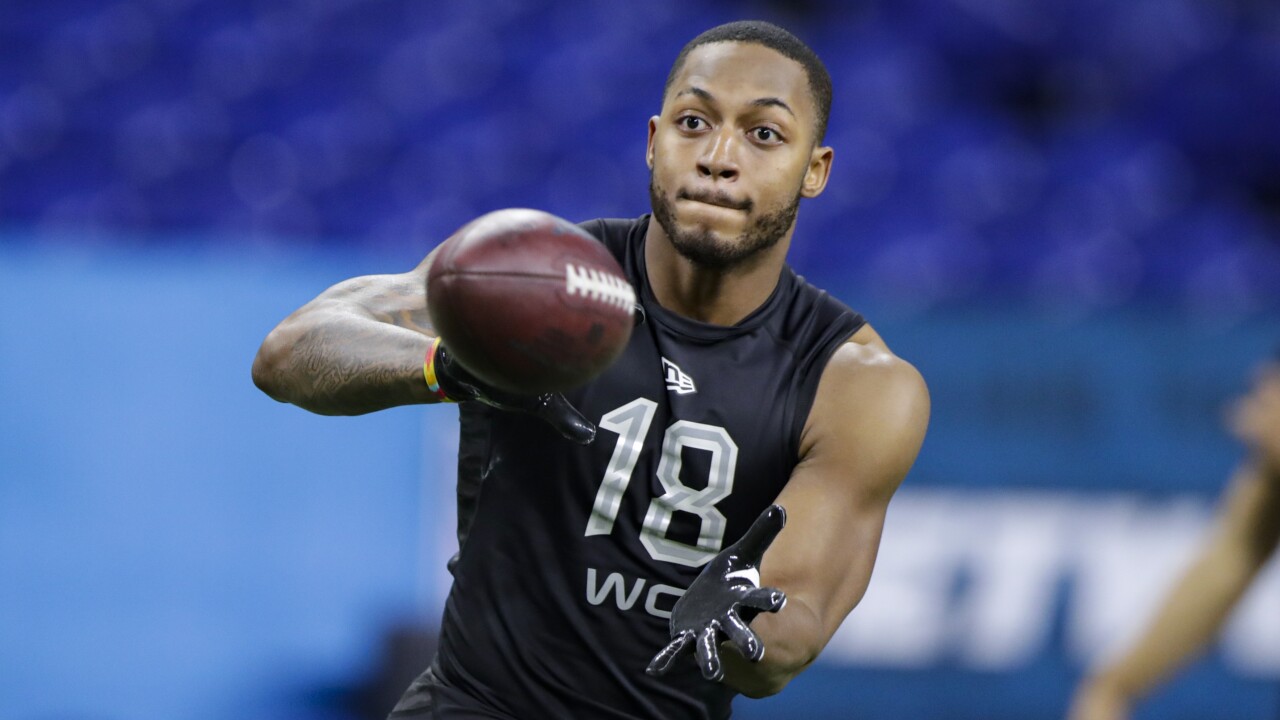 Washington selected the multipositional Memphis playmaker Friday night with the 66th pick in the NFL draft. Gibson can do a little bit of everything from lining up in the backfield to splitting out wide and returning punts and kickoffs, and Rivera would love to see him replicate the efforts of the Carolina Panthers star he coached the past few years.

“He’s a little bit bigger than Christian, but he’s got a skill-set like Christian,” Rivera said. “He’s shown some position flexibility playing in the slot. He’s shown some flexibility of playing in the backfield. I think they even ran some Wildcat with him with him being the center taking direct snaps. So this is a very versatile young football player that we really think is going to be a guy that can get on the field for us early and contribute.”

Vice president of player personnel Kyle Smith called him a “Swiss Army knife” who the front office is very excited about. And the 6-foot, 228-pound Gibson isn’t shying away from the lofty McCaffrey comparisons.

Gibson should give new offensive coordinator Scott Turner a dynamic weapon to pair with running backs Adrian Peterson and Derrius Guice and receiver Terry McLaurin. Rivera said special teams coordinator Nate Kaczor was intrigued by what Gibson could bring to a return game that has lacked difference-makers in recent years.

“I view myself as a weapon,” Gibson said. “I feel like I can dominate wherever they put me.”

Much like second overall pick Chase Young, who makes Washington’s pass rush better, Gibson adds talent but doesn’t fill a pressing need. Washington still has big holes at tight end and cornerback and five picks Saturday — two in the fourth round, one in the fifth and two in the seventh — to fill them.

There remains a big question mark at left tackle because the Redskins have so far been unable to trade disgruntled longtime starter Trent Williams, whose dispute with the front office is almost a year old.

Williams took issue with the medical staff’s handling of a growth on his head, which turned out to be a cancer scare. After starting for nine seasons and getting picked for seven Pro Bowls, Williams did not report to training camp last year and missed the entire season.

Even the firing of president Bruce Allen and head athletic trainer Larry Hess and hiring of Rivera apparently couldn’t salvage the relationship. Williams’ representatives recently reiterated his desire to be traded or released, opening another hole on the offensive line.

“There’s no rush,” Rivera said. “There’s no hurry. We have opportunities, and we’ll just continue to keep working on it.”

Several potential trading partners filled offensive tackle needs in the draft either Thursday or Friday night. Smith said he was hard to say if or when a Williams trade would come together, and Rivera didn’t want to commit to the possibility of going into training camp with the soon-to-be 32-year-old on the roster.

“We’ll have to wait and see,” he said. “I’m not going to speculate on something that’s an ongoing process right now.”