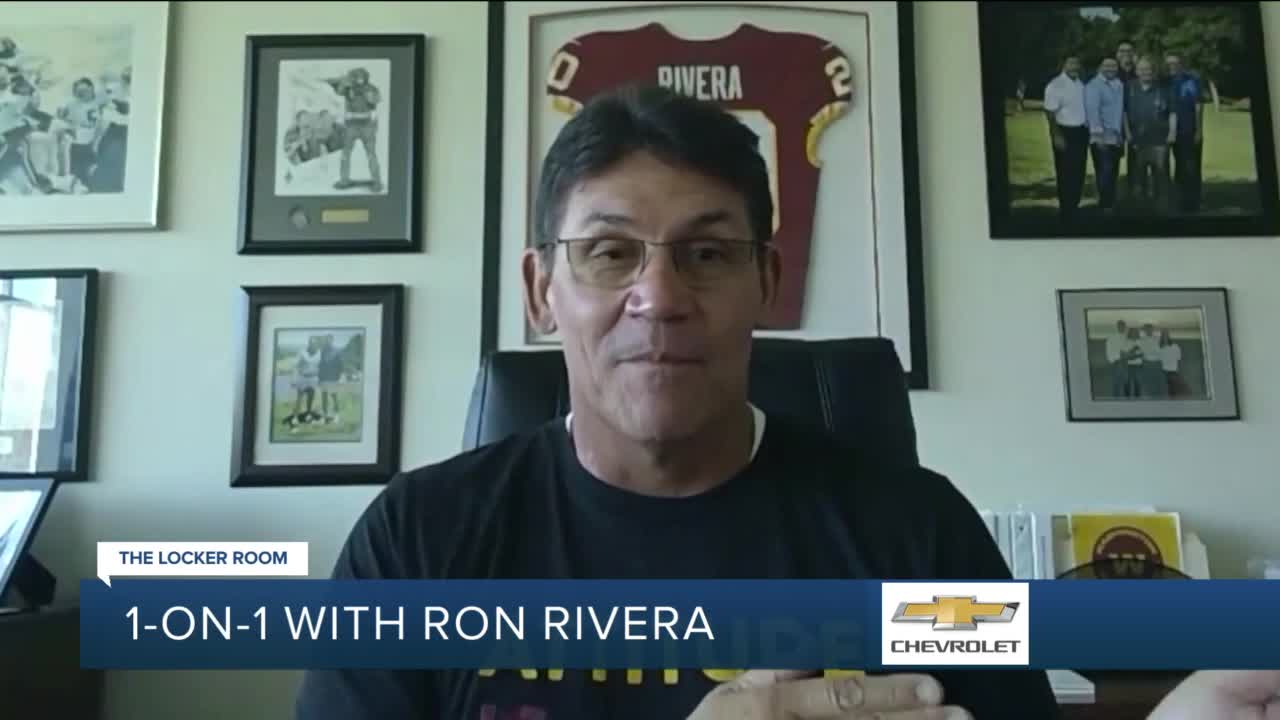 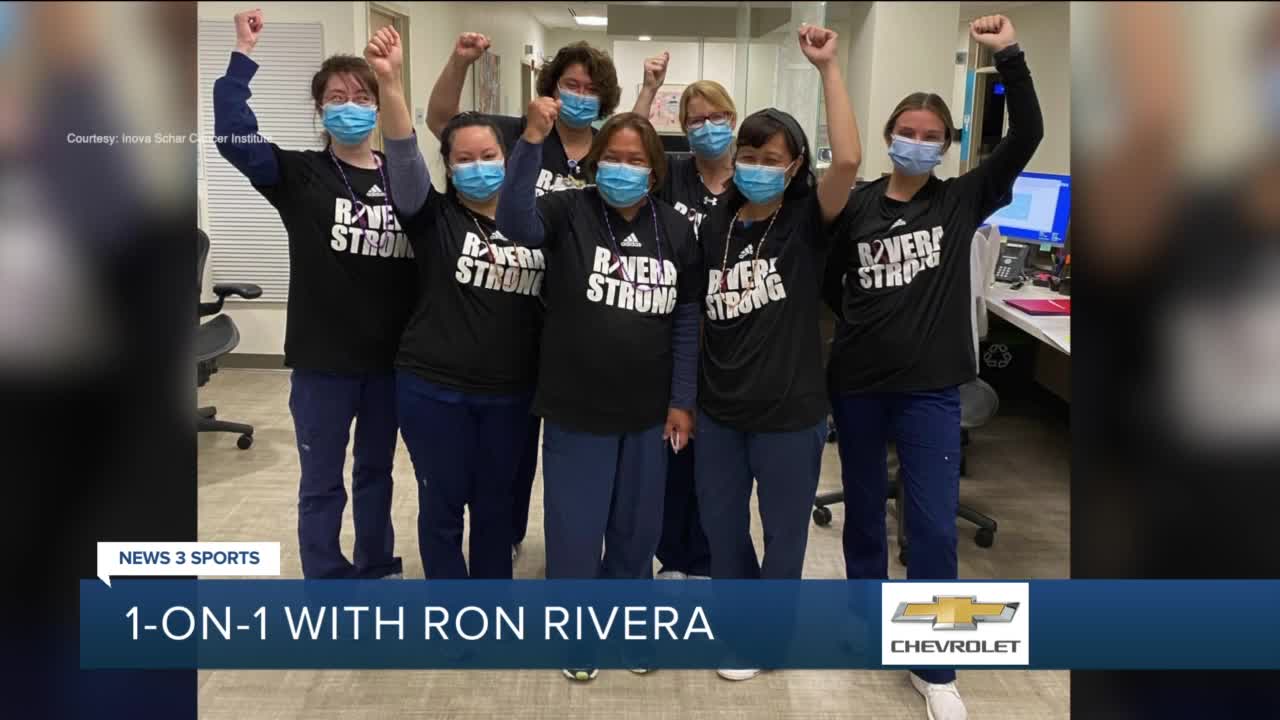 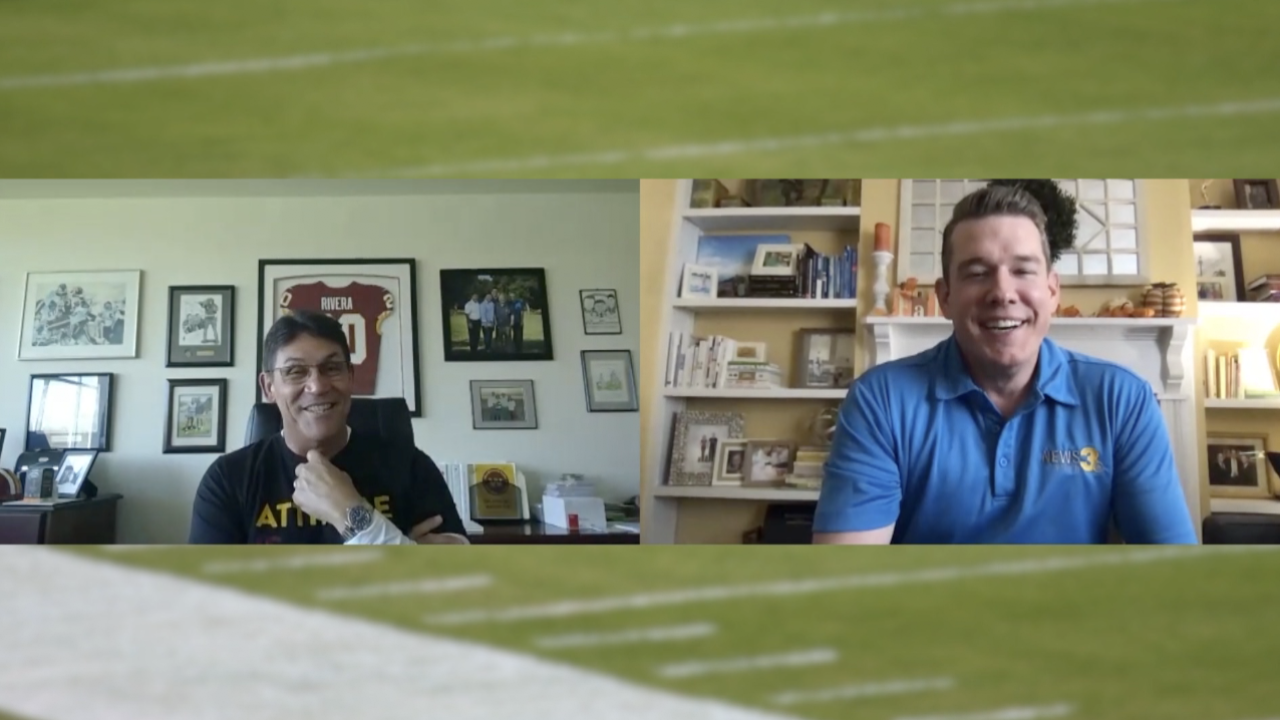 LOUDOUN COUNTY, Va. - Ron Rivera, in his first season as head coach of the Washington Football Team, has two wins in nine games. However, he actually has three victories this year if you include his defeat of cancer.

His health battle is where News 3 Sports Director begins part I of his 1-on-1 interview with the Washington bench boss. The chat includes Rivera's impression of the Washington fanbase.

Part II touches on the coach's assessment of his 2-and-7 football team, Joe Burrow vs. Chase Young in Sunday's game and Rivera's stance on a polarizing holiday tradition.

News 3 is Hampton Roads' home of the Washington Football Team.