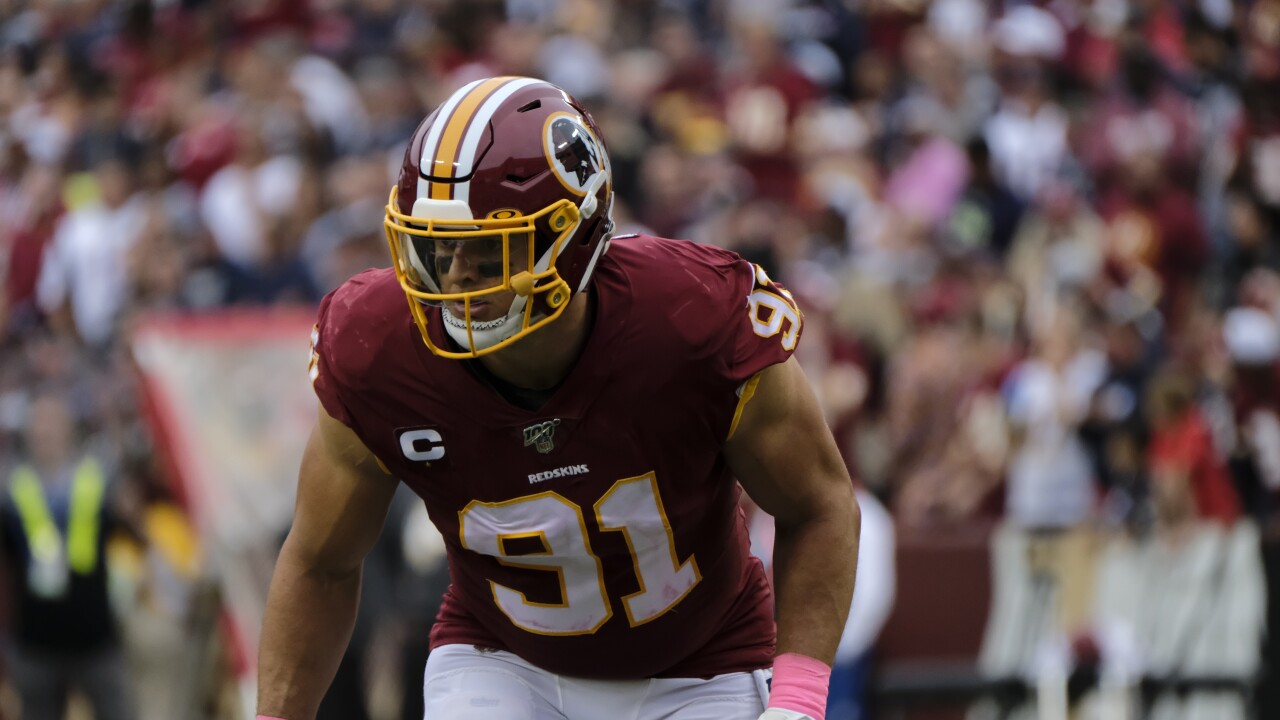 Kerrigan passed Dexter Manley for the all-time sack record early in the fourth quarter. With the score tied at 17, Kerrigan sacked Carson Wentz for a second time in the game, marking his 92nd career sack.

Kerrigan has been with Washington since he was drafted 16th overall in 2011.