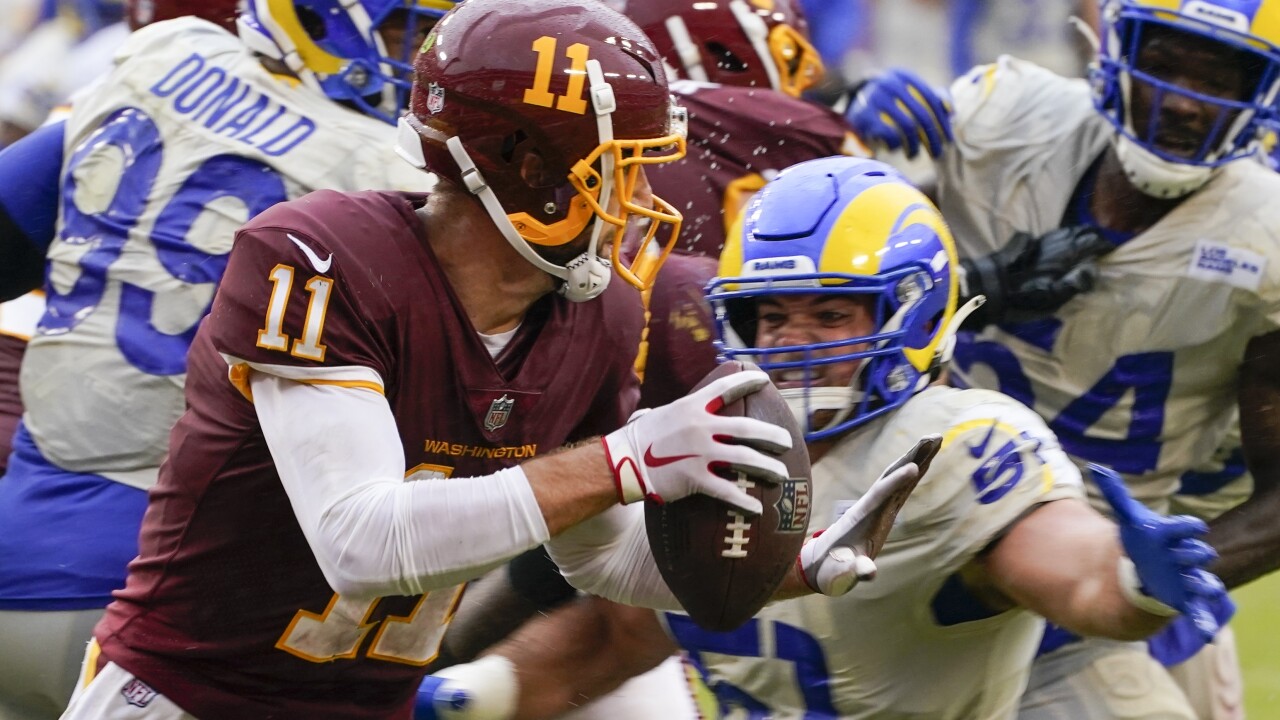 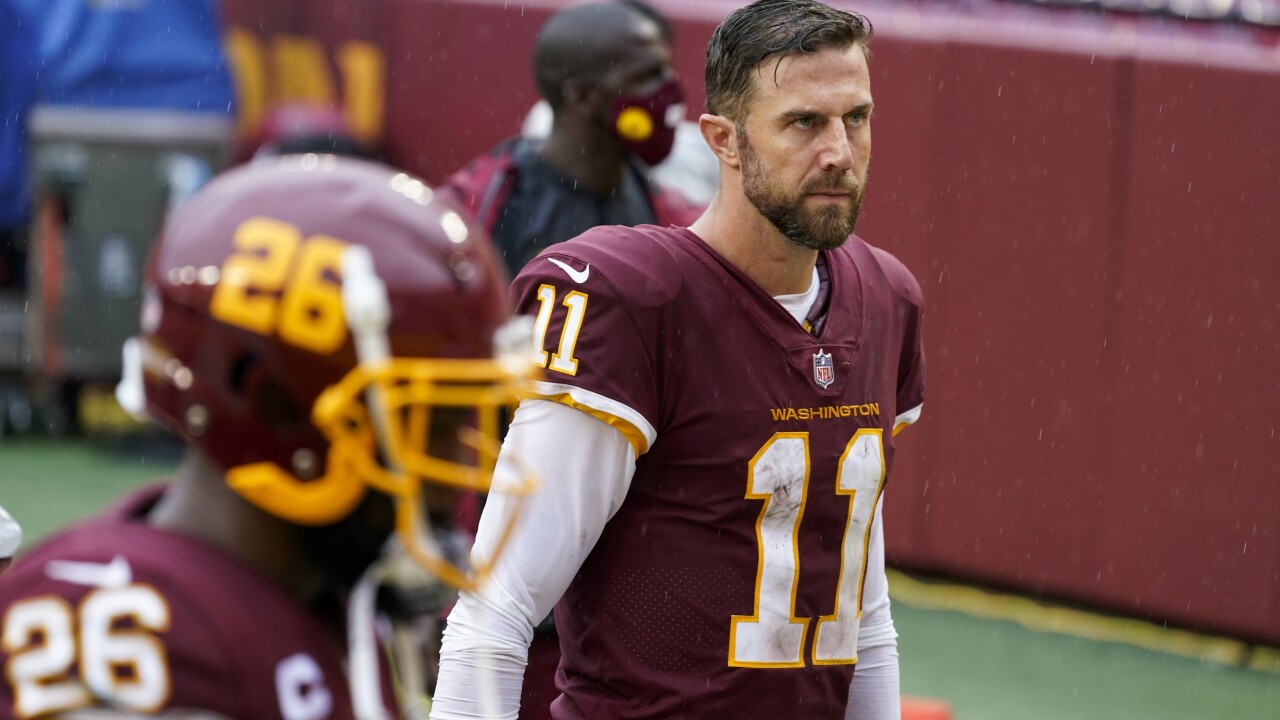 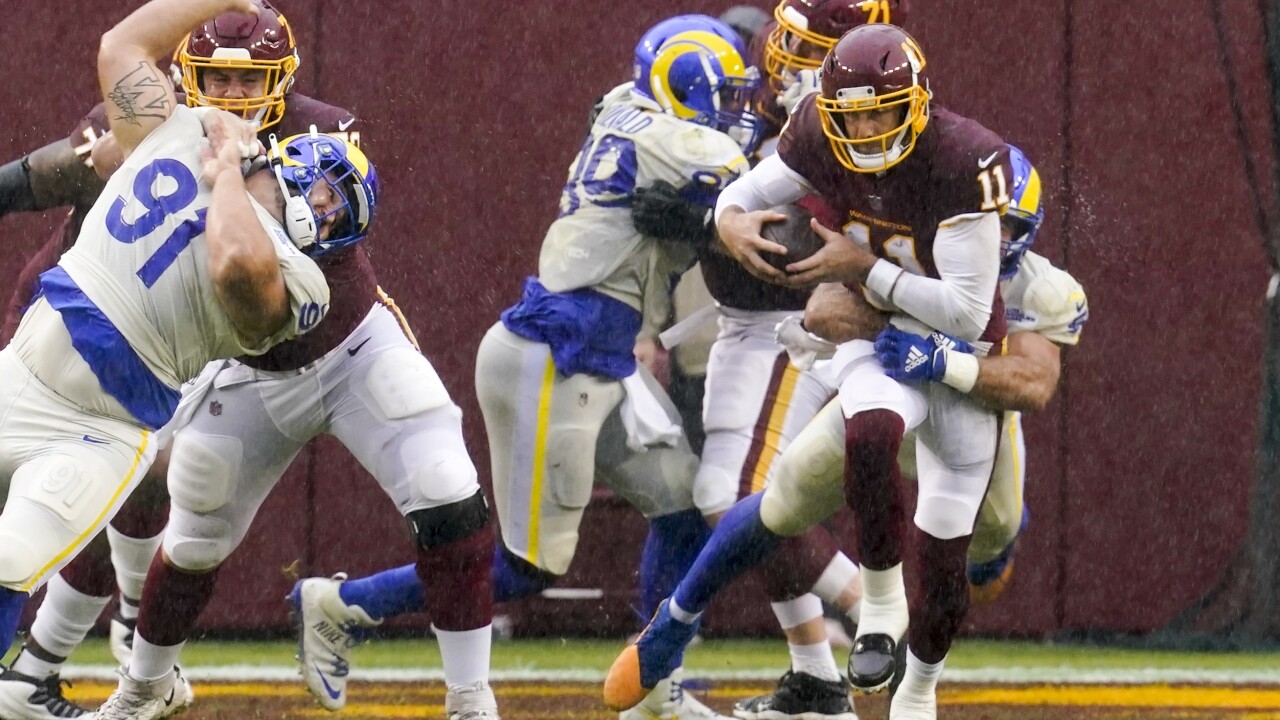 LANDOVER, Md. (AP) — Jared Goff threw for 309 yards and two touchdowns and ran for another, and the Los Angeles Rams improved to 4-1 by beating Washington 30-10 on Sunday in Alex Smith’s return almost two years since a gruesome injury put his career in jeopardy.

Smith played his first NFL game 693 days since breaking his right tibia and fibula, entering when new Washington starting quarterback Kyle Allen injured his left arm. He was 9 of 17 for 37 yards on the same field he was carted off of on Nov. 18, 2018 before undergoing 17 surgeries to repair the injury.

“It’s just spectacular to see him back on a football field,” said former Washington QB Joe Thiesmann, who broke his right leg in similar fashion 33 years to the day before Smith was injured. “I’m so thrilled and excited for him.”

The Rams are thrilled with such a strong start in a tough NFC West after missing the playoffs last season. They’ve swept the NFC East and are only a three-point loss on a questionable pass interference call away from being undefeated.

Led by Aaron Donald’s four sacks and blanket coverage, the Rams clamped down on defense and ran it up in the rain on offense. Against the team he spent seven seasons with as an assistant, coach Sean McVay dialed up a lot of play-action early, and unleashed Goff’s long-range passing game that had been largely absent through four games.

Goff led the Rams on a methodical, 10-play, 76-yard opening scoring drive that finished with a 1-yard TD run by Darrell Henderson. He connected with Robert Woods on a 56-yard touchdown, his longest completion of the season, and started the game a perfect 10 of 10 against a porous Washington defense.

When weather conditions deteriorated, the Rams kept it on the ground and continued to march down the field. Goff rushed for a 2-yard score on a play-action rollout midway through the second period to stake L.A. to a 20-7 lead that was never challenged.

Smith’s remarkable comeback aside, it wasn’t the performance coach Ron Rivera envisioned for Washington (1-4) when he benched starter Dwayne Haskins in favor of Allen, who knew offensive coordinator Scott Turner’s system better. Allen was 9 of 13 for 74 yards passing and scored on a 7-yard rushing TD when he was injured on a hit by Jalen Ramsey and replaced by Smith.

Donald took down Allen once and Smith three times to continue his monster start. The Rams’ standout defensive tackle has 7 1/2 sacks through five games.

Donald entered the week tied with Kansas City’s Chris Jones and Chicago’s Akiem Hicks for the NFL lead among defensive tackles and tied for fourth overall. He has 23 1/2 sacks in 25 October games throughout his career.

Not only was Haskins inactive after being demoted from starter to third on the depth chart, he wasn’t even at the stadium. The 23-year-old reported a stomach virus to the team Sunday morning and was told to stay home.

This is likely to stir up more speculation about his future. Haskins’ body language during the 15 minutes of practice reporters were able to watch last week was not indicative of someone invested in the situation, though Rivera said the 2019 first-round pick got into it once drills began.

Washington: Allen was cleared to return early in the third quarter, but Smith stayed in the game. ... No. 2 pick Chase Young returned after missing a game with a groin injury.

The Rams visit the 49ers next Sunday, while Washington is at the NFC East rival New York Giants.