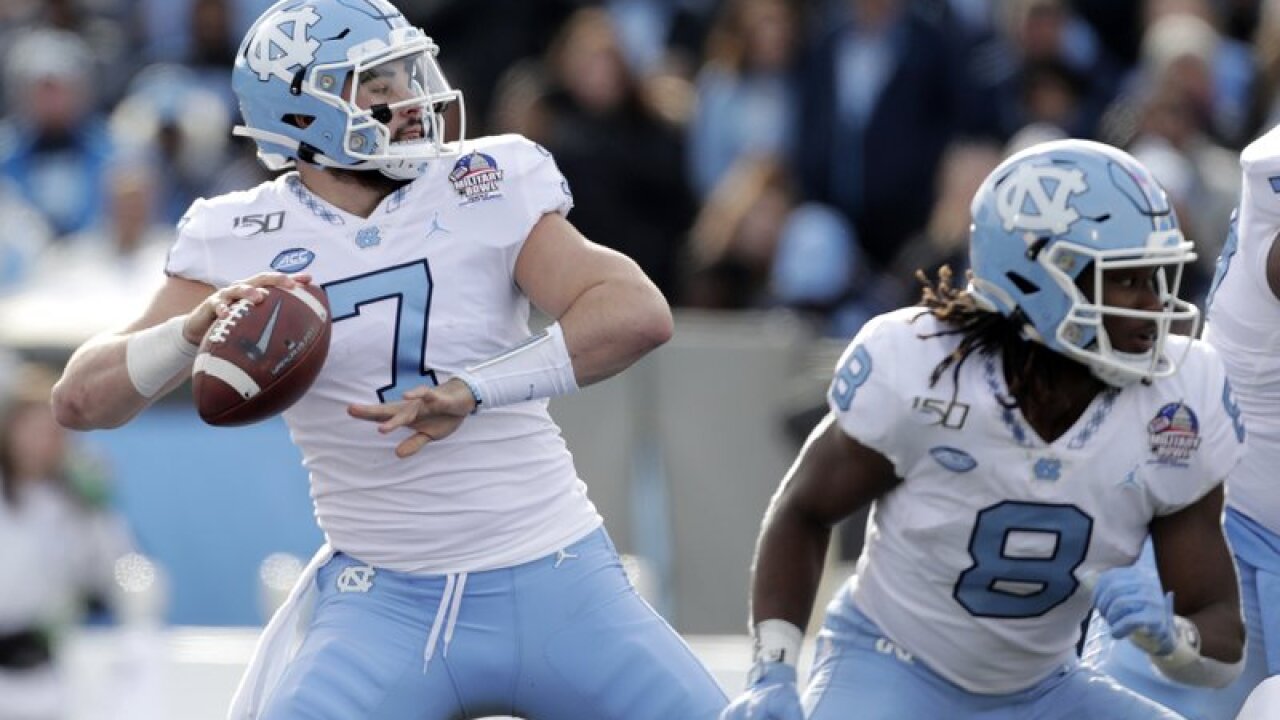 Wake Forest has spent the past month avoiding major mistakes to put together a solid winning streak entering Saturday’s trip to North Carolina. It’s an example of the consistency that Mack Brown would love to see from his Tar Heels.

The Demon Deacons (4-2, 3-2 Atlantic Coast Conference) have won four straight since opening with Clemson and North Carolina State. They have committed just one turnover all season and none during the four-game streak, while their drives inside the opponent’s 20-yard line have largely resulted in touchdowns.

Wake Forest is coming off an open week following its 38-14 win at Syracuse on Halloween.

“It’s been over four months now of pretty much locked down football isolation, and it’s certainly been worth it,” Wake Forest coach Dave Clawson said. “But there’s a fatigue that’s involved with this that you hope out of the bye week, the batteries are charged and they’re ready to go. But you never know.

The Tar Heels (5-2, 5-2) have had wild swings in the past month since peaking at No. 5 in the AP Top 25 poll in mid-October. They followed an impressive win against a ranked Virginia Tech team with a loss to a Florida State team that hasn’t won another league game, then followed a strong showing in a win against ranked rival North Carolina State by losing to a Virginia team that has only one other ACC win to fall out of the poll.

That’s why Brown wants to see this group “grow up and mature” and build off last week’s win against Duke without “having a setback.”

“They’re smart,” Brown said of the Demon Deacons. “They play outstanding in the red zone because they can run the ball. So what they do well is what we haven’t done as well. We haven’t done well controlling penalties and we haven’t stopped the run really well, and they do all of those things well.”

Some other things to know about Saturday’s Wake Forest-UNC game:

The Demon Deacons are the nation’s only team to have played multiple games with just one turnover, a fumble late in the third quarter of the N.C. State loss on Sept. 19. That has them by far the best in the country in turnover margin at plus-14 on the season.

“It’s really just taking the emphasis from our coaches in practice and you just kind of carry it over into the game,” quarterback Sam Hartman said of avoiding turnovers. “It’s going to happen once or twice here the rest of the year, so you’ve just got to be ready for it and bounce back from it.”

North Carolina running back Javonte Williams leads the FBS ranks with 17 total touchdowns, while his 14 rushing TDs are tied with Alabama’s Najee Harris for the FBS lead. He ran for 151 yards and three touchdowns to go with a receiving score last week against the Blue Devils.

Expect a heavy dose of the ground game from both teams.

The matchup features four of the top 10 rushers in the ACC, starting with Williams ranking third (109.6 yards per game) and Michael Carter at fifth (104.7) for the Tar Heels. Wake Forest’s Kenneth Walker III is sixth (88.0) while teammate Christian Beal-Smith is eighth (78.7).

Wake Forest has scored on 20 of 21 red-zone opportunities in the winning streak, with 14 going for touchdowns.

The Tar Heels and Demon Deacons met every year but one from 1919 to 2004, but this is the first meeting between the instate programs in Chapel Hill since 2015.

The programs met last year in Winston-Salem, though that Wake Forest win was designated as a nonconference matchup and wasn’t part of the ACC standings — an effort by the schools to play more often instead of waiting years between meetings due to the expanded league’s schedule rotation.

They weren’t scheduled to play this year until the ACC revamped its schedule due to the coronavirus pandemic.