Trio of Hokies earn ACC Player of the Week honors 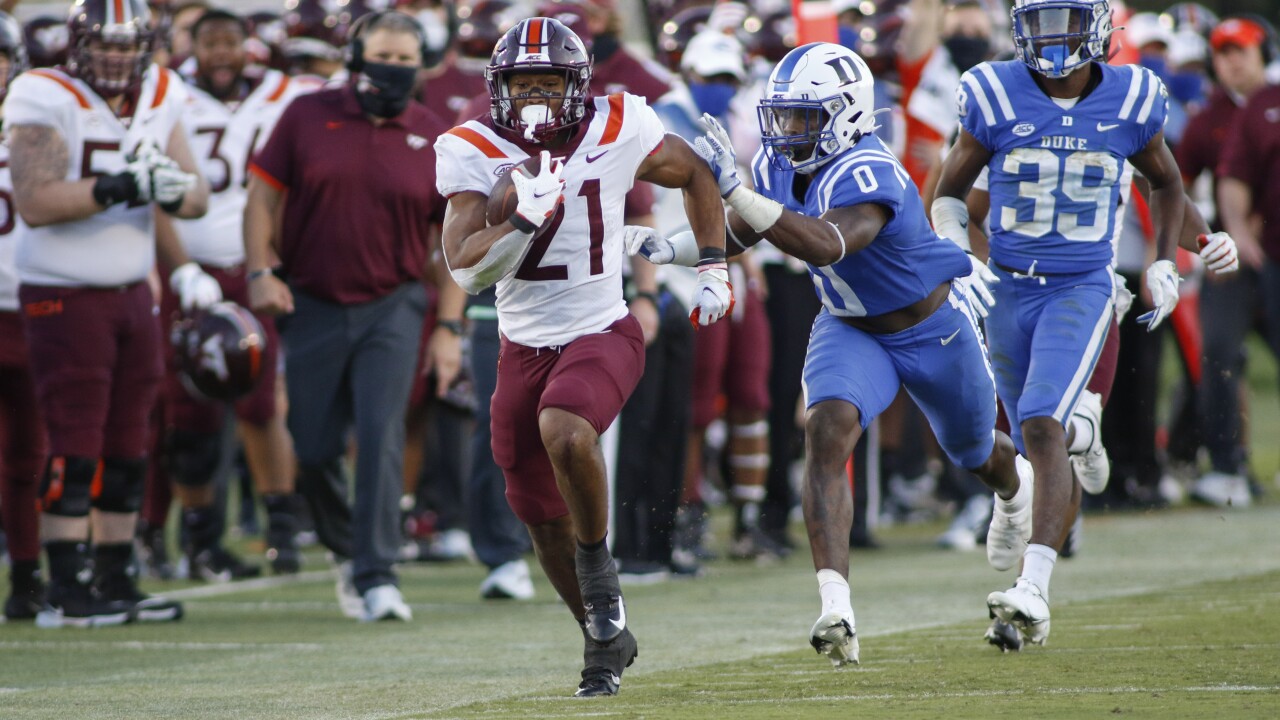 Herbert (5-9, 212) averaged over 10 yards per carry as he registered 207 yards on the ground against the Blue Devils, finding the end zone two times. His 207-yard output was tied for the fifth-best total in a single game in Virginia Tech history. The grad student also returned three kickoffs for 150 yards, including an 83-yard effort setting up a crucial Tech touchdown.

His 357 all-purpose yards mark a new program record for the Hokies, and he became the first Tech player to ever post 100+ rushing yards and 100+ kick return yards in the same contest.

Darrisaw (6-5, 314) made his 24th consecutive start at LT for the Hokies who went over 300 yards on the ground in consecutive games for the first time since the 2002 season. Tech registered 324 yards and four rushing TDs. The Hokies gained 6.5 yards per attempt on 50 rushes in the game and Tech’s rushing attack gained 16 first downs.

Belmar (6-2, 255) registered a career-best three sacks at Duke totaling 17 yards. The Suwanee, Georgia native was a part of a defensive front that held the Blue Devils to just 139 yards on the ground and 3.8 yards per attempt. On the season, the redshirt senior owns seven tackles and one QB hurry.