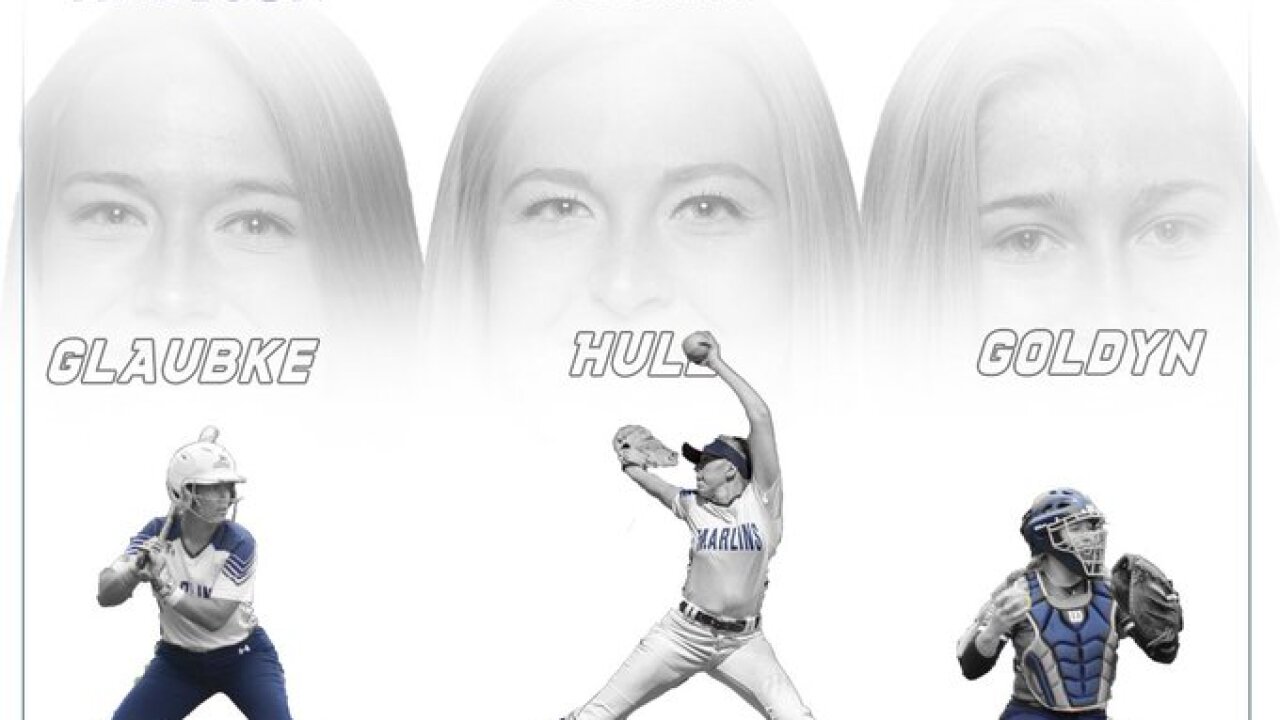 Head coach Brandon Elliott announced Hanna Hull, Madison Glaubke and Jessica Goldyn will all return to the Marlins next season. All three players were seniors in 2020. However, when COVID-19 canceled VWU's season after just 12 games, the NCAA granted an extra year of eligibility to athletes in spring sports. Goldyn, Hull and Glaubke will be back. Fellow 2020 senior Kaylah Duplain will not return to VWU, as she will enroll in Eastern Virginia Medical School's Physican Assistant program.

Hull is a three-time All-American pitcher for the Marlins who has appeared in 137 games making starts in 111. She has amassed a 109-9 win-loss record in her four seasons in the circle for VWU as well as adding 12 saves. Hull, a two-time Schutt Sports/NFCA National Player of the Year, has a career earned runs average of 0.68, which ties for fifth-best in the NCAA records.

Goldyn joined the Marlins last season after transferring from Buffalo. She has played in 56 games in the roles of catcher and outfielder, during which she has taken 172 at-bats. Goldyn has 50 runs in her two seasons with 33 RBI's in 64 hits. Goldyn earned 1st-Team All-ODAC Conference honors in 2019 as a utility player for VWU.