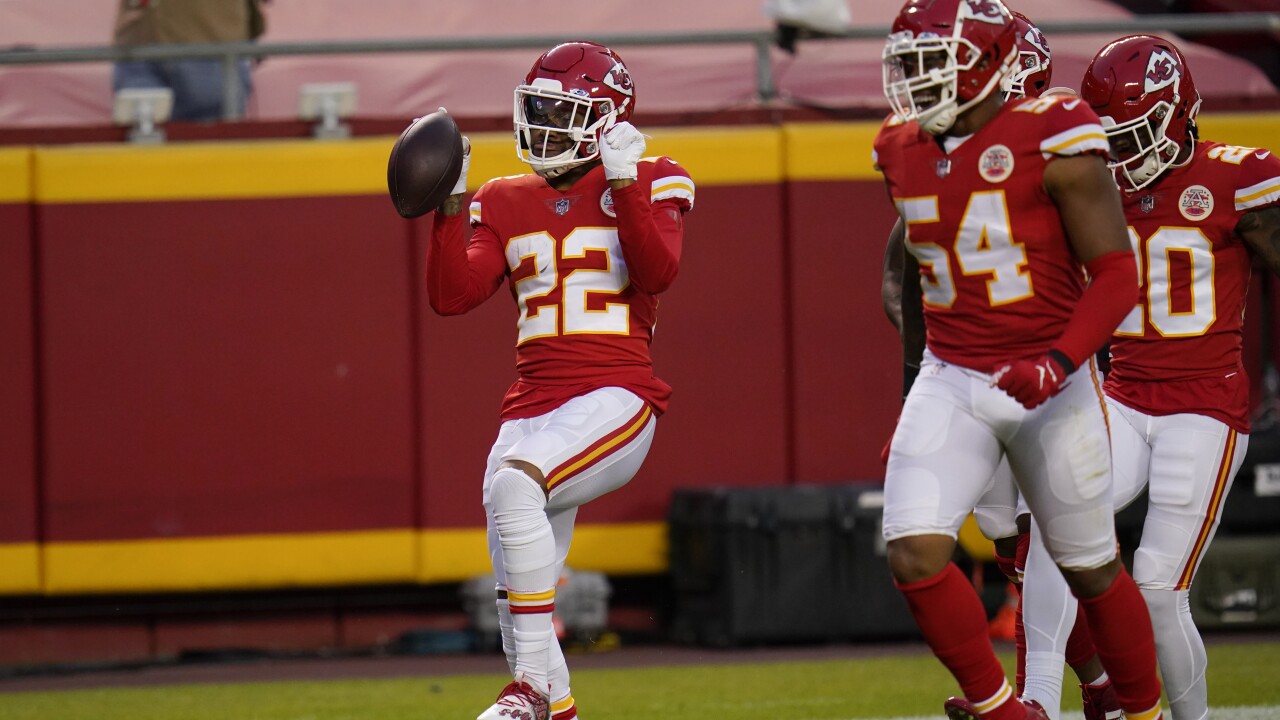 Tyrann Mathieu returned a late interception for the clinching touchdown, and Patrick Mahomes added 236 yards passing in a somewhat shaky performance — at least, by his standards — as the Chiefs overcame an uncharacteristically slow start offensively to win their 13th straight game dating to Week 10 of last season.

Juan Thornhill, the former UVA standout, recorded his first interception of 2020 late in the first quarter.

The matchup between the Patriots and the Super Bowl champs was supposed to be Sunday, but it was put on pause when New England confirmed a player later revealed to be Newton tested positive for COVID-19. Later on Saturday, it same out that Chiefs practice squad QB Jordan Ta’amu also had tested positive, forcing the NFL to postpone the game.

More tests, including one taken at 6 a.m. ET on Monday, returned no additional positives from either team.

In retrospect, the Patriots (2-2) probably wish the game was delayed even longer so they could get their QB back.

Brian Hoyer, who has now lost 11 straight starts for three different teams, was 15 of 24 for 130 yards and an interception before getting benched. Jarrett Stidham led the Patriots to a touchdown to close to 13-10, but he also threw two interceptions, including the pick-six to Mathieu that propelled the Chiefs to their fourth straight 4-0 start.

With the musical chairs at quarterback and the loss of Michel, who was placed on injured reserve with a quad issue earlier in the day, the Patriots turned to a scaled-back and run-heavy approach designed to keep them in the game.

Much of the way, coach Bill Belichick’s simple plan worked.

The Chiefs marched downfield for a field goal on their first drive, added another later in the half, but otherwise had a hard time getting into gear. Sammy Watkins wasted a scoring chance by fumbling in the red zone, Mahomes was under constant duress and the rest of his wide receivers were blanketed by the New England secondary.

In fact, the Patriots could have been leading had Hoyer not made two monumental mistakes.

The first came in the closing seconds of the first half, when the Patriots had used their timeouts to drive into field-goal range. Hoyer was sacked by Frank Clark on third down, and the 40-year-old journeyman didn’t realize he couldn’t stop the clock. It hit zero and the Chiefs took a 6-3 lead into the locker room.

Hoyer’s second mistake came late in the third quarter, when he again felt the pocket collapse on a third-down play. This time, the Chiefs stripped the ball loose and recovered it, keeping New England from another field-goal attempt.

Give the Chiefs enough chances and they’ll usually close it out.

Finally taking advantage of a swing in momentum, Mahomes hit Hill and Travis Kelce with long passes to move swiftly downfield. And when Hill took a jet sweep to the pylon for a touchdown, the Chiefs had some breathing room.

The Patriots answered behind a long run from Damien Harris, who had just been activated off IR, and a nifty catch by N’Keal Harry in the end zone. But the Chiefs kept moving on offense, taking advantage of pass interference and personal foul penalties by the least-flagged team in the league to set up Hardman’s touchdown.

When Mathieu was perfectly positioned to catch a tipped pass and take it to the house, the Chiefs were headed toward a winning start to a grueling stretch of three games in 11 days that includes a visit to the Buffalo Bills.

Chiefs: Defensive tackle Chris Jones was out with a groin injury that sidelined him in practice last week. Defensive end Mike Danna joined him on the bench with a hamstring injury in the second quarter.

The Patriots continue their tour of the AFC West when the Broncos visit New England on Sunday. The Chiefs face the Raiders the same afternoon at Arrowhead Stadium.