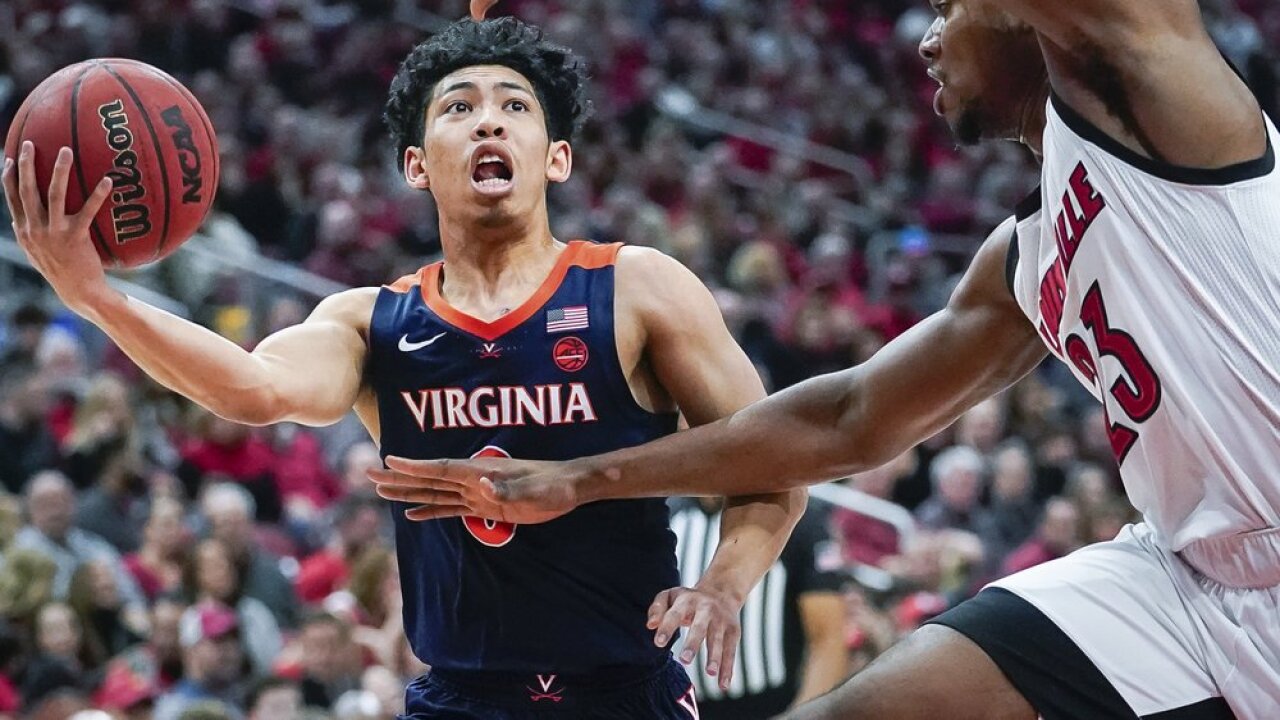 It was the most points Virginia has scored all season, as Woldetensae had a career-high 27 and Clark had a career-best 23. Woldetensae finished 10-13 from the field and 7-of-10 beyond the arc. Clark had five threes and dished out seven assists. Jordan Nwora led Louisville with 22 points.

The Cavaliers had a 53.1 field goal percentage and were 50 percent from 3-point range. Louisville shot 51 percent on field goals and was 41 percent from three. The Cardinals had a 31-19 advantage on the boards and led 26-18 in points in the paint.

THE GAME BALL GOES TO
Tomas Woldetensae hit six three-pointers and was 10-for-13 from the field for a career-high 27 points. Kihei Clark scored a career-high 23 points and added seven assists, five rebounds and two steals.

UP NEXT
Virginia returns home to host Notre Dame on Tuesday, Feb. 11 at 9 p.m. at John Paul Jones Arena.