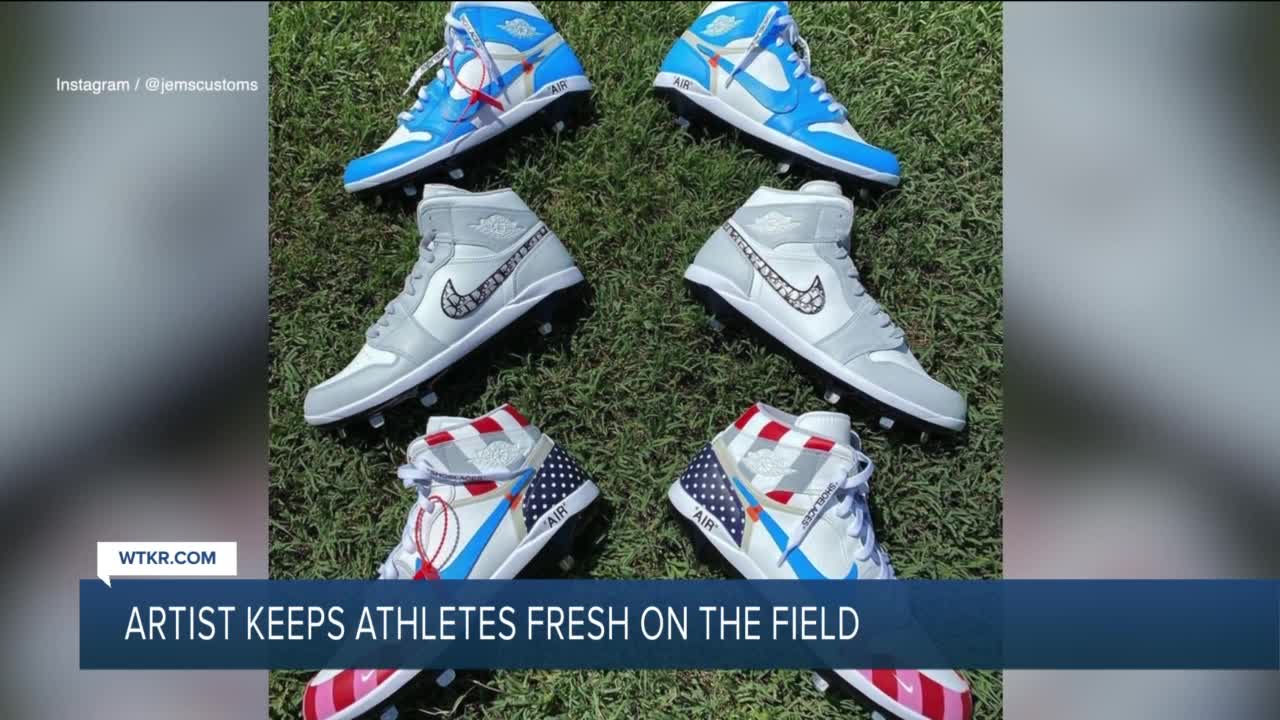 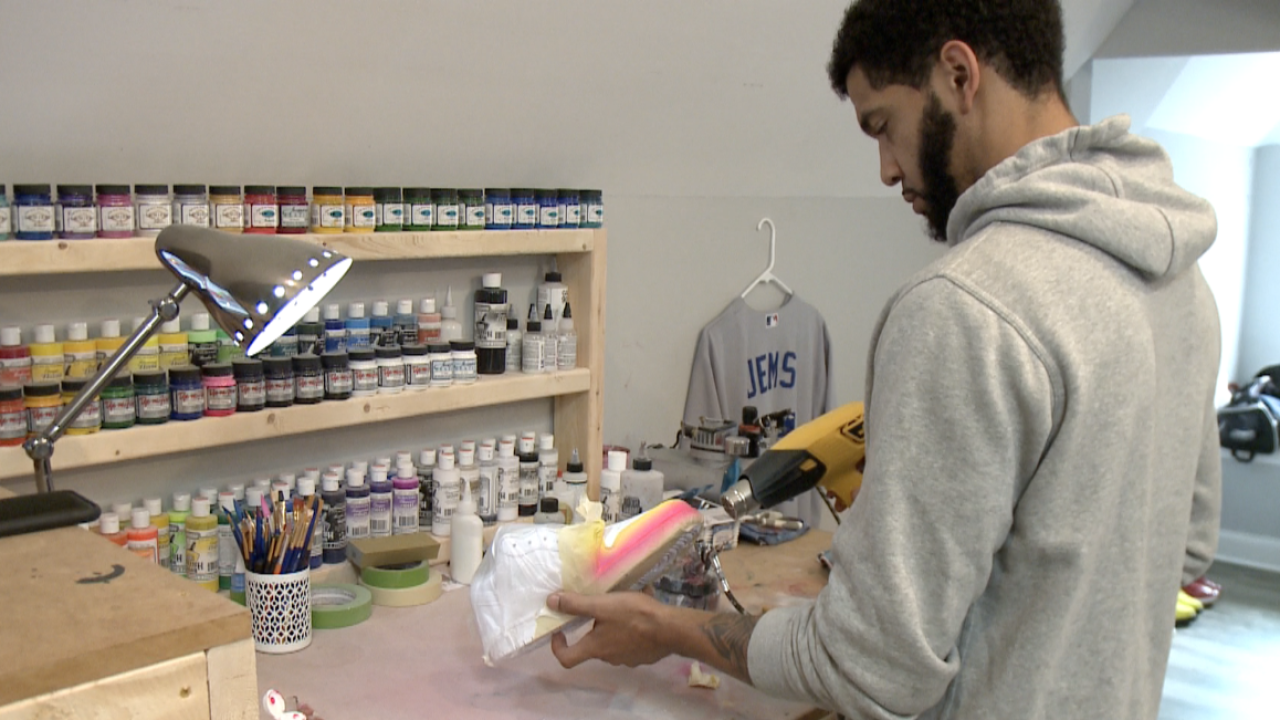 RICHMOND, Va. - While watching an NFL game on television, Adam Jemerison decided Hampton native Mike Tomlin, Pittsburgh's head coach, should not be the only one drawing-up successful plays.

"I was just watching a Steelers game one day, and I saw an old pair of shoes," Jemerison recalled. "Maybe I'll draw on that shoe?"

18 months later, Jemerison is one of a dozen artists in the entire nation customizing cleats and sneakers for professional athletes as part of the team at Stadium Custom Kicks.

"It still really hasn't hit me," Jemerison admitted during an interview with News 3 Sports Director Adam Winkler. "It still feels so much bigger than I am."

Crafting from his studio apartment in Richmond, Adam's workspace - featuring cotton balls, Q-tips and plastic wrap - resembles an aisle at the corner drug store. But with jobs that take 15 to 20 hours per pair, he's filling a prescription for pros to feel fresh on the field.

"These athletes have shoes that they wear on a daily basis, and when they're not playing sports - they want to be able to wear those on the field, too," Jemerison explained.

"He's coming out of retirement," Jemerison noted. "He just signed a one-year contract to play with the Sydney Blue Sox. He got three pair of customs from me."

The project Adam worked on with our News 3 camera there was a pair of custom kicks for Miguel Rojas of Major League Baseball's Miami Marlins.

"Doing these shoes man, it doesn't really feel like work," Adam admitted. "I want to get it done to see what it looks like when it's finished."

Adam's next step with his custom kicks?

A year and a half ago, he started designing while Pittsburgh was playing. Now, the Steelers are part of Jemerison's endgame, too.