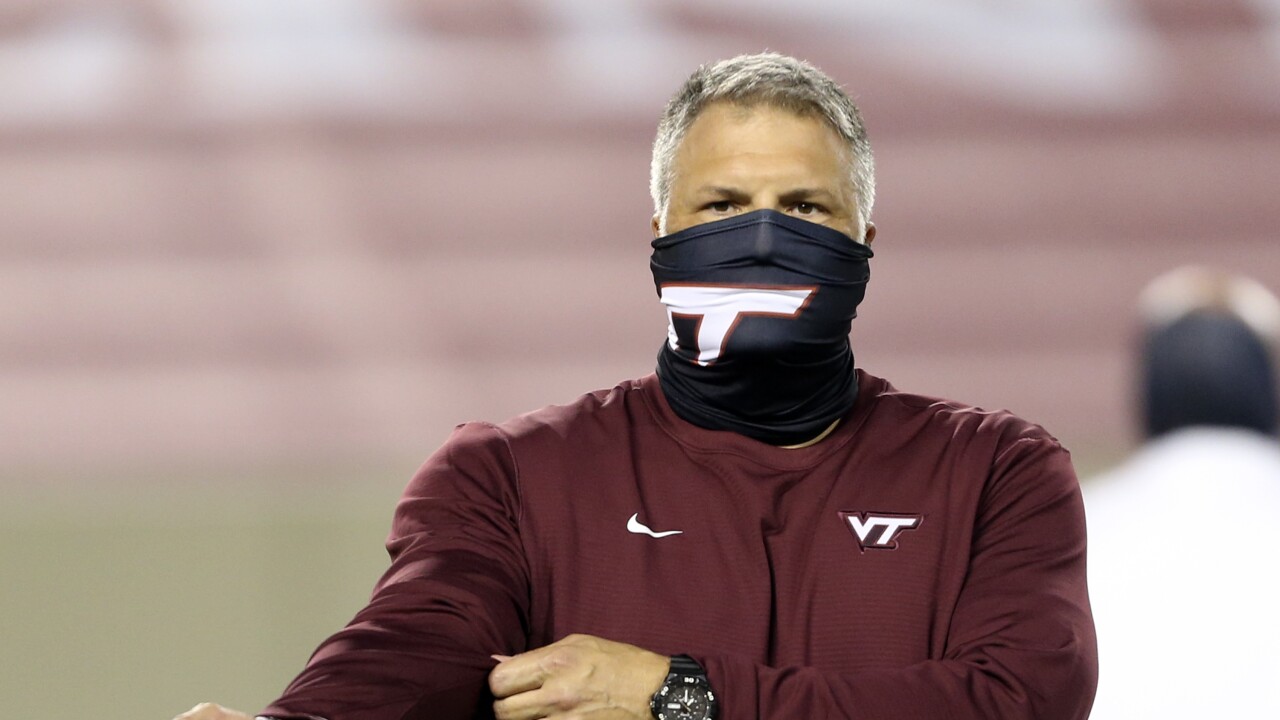 PITTSBURGH - When the Virginia Tech football team faces the University of Pittsburgh Saturday afternoon, everyone on both the sideline and the field will be required to wear facemasks throughout the entire duration of the game.

“In alignment with the recent guidance from state officials regarding the current health climate, Pitt’s football team will be appropriately outfitted for Saturday’s game with face coverings to use on the field and sideline. This is being communicated to Virginia Tech’s sports medicine staff as well.”

The announcement was made just a week after Pitt had paused all team activities due to COVID-19 and postponed its game at Georgia Tech.

The Commonwealth of Pennsylvania updated the Order of the Secretary of the Pennsylvania Department of Health Requiring Universal Face Coverings this week.

In the portion of the order that pertains to outdoors athletes and sports activities, it states:

"Coaches, athletes (including cheerleaders), and spectators must wear face coverings if they cannot maintain sustained physical distance from persons outside of their household. This includes while actively engaged in workouts, competition, and on the sidelines, in the dugout, etc. If sustained six-foot distancing can be maintained, face coverings may be removed when outdoors."

UPDATE: Pitt has released a follow-up statement of clarity. The University says players "will not be required to have the [face] coverings pulled up while in the midst of play to prevent the impairment of breathing."