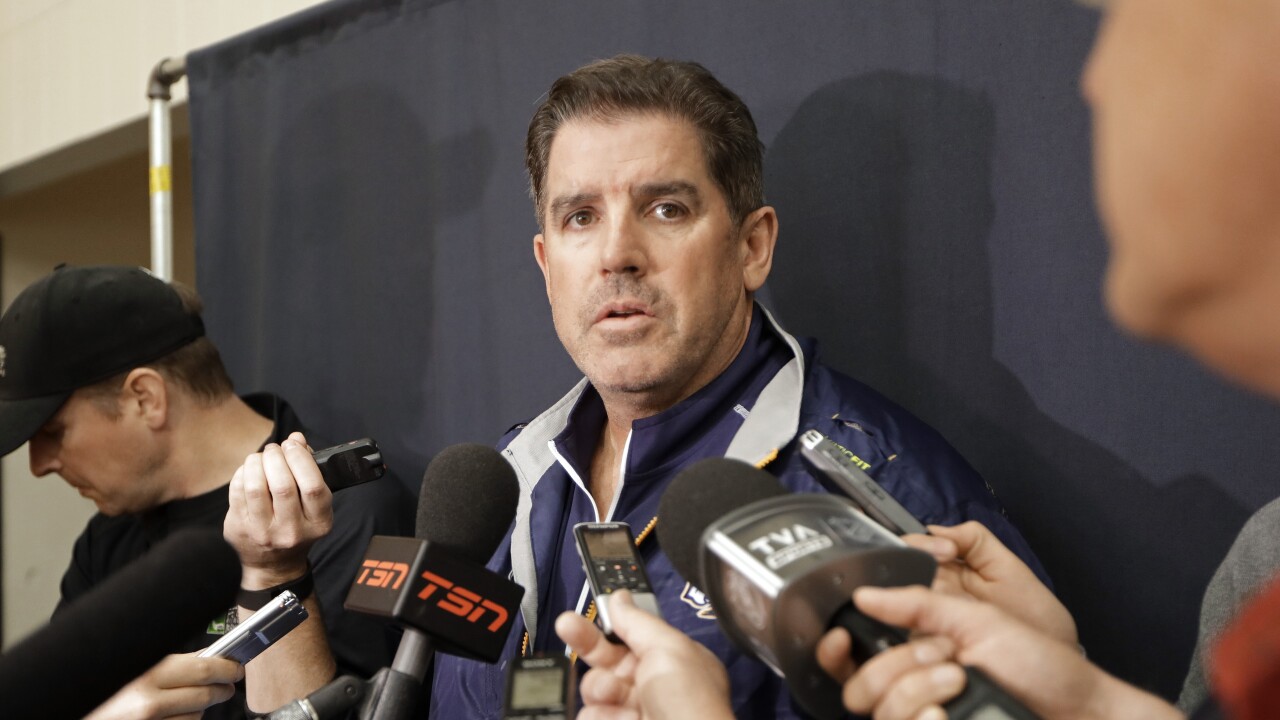 WASHINGTON (AP) — The Washington Capitals hired Peter Laviolette as coach Tuesday, turning to an NHL veteran who won the Stanley Cup with the Carolina Hurricanes in 2006 and saw a successful run with Nashville end with his firing in January.

Laviolette replaces Todd Reirden, who was fired last month after a second consecutive first-round exit in the playoffs.

Laviolette, 55, has 18 years of experience as a head coach. He most recently coached the Nashville Predators but was dismissed in January after 5 1/2 seasons with the team. At the time, the Predators had dropped four of five games and general manager David Poile said several players — and the team — were playing far below expectations.

“Peter is a successful NHL head coach who has won a Stanley Cup and brings a wealth of experience to our team,” Capitals GM Brian MacLellan said in a statement. “We feel he is a great communicator who will motivate our players to play with passion, structure and discipline, while helping our young players reach their potential. In addition, he is a high-character individual who is highly respected for his coaching pedigree, all of which make him the ideal person to lead our team to compete for the Stanley Cup.”

Laviolette will be the seventh coach since Capitals star Alex Ovechkin entered the NHL. Dismissing Reirden last month was an acknowledgement that the longtime assistant wasn’t able to make the most out of a team built to continue contending for championships with Ovechkin, centers Nicklas Backstrom and Evgeny Kuznetsov, wingers Tom Wilson and T.J. Oshie and defensemen John Carlson and Dmitry Orlov in the prime of their careers.

Ovechkin has one year left on his contract and several other top players are signed long term.

Laviolette ranks 16th in all-time coaching wins with a career record of 637-425-123. He also has coached the U.S. at the world championships several times.