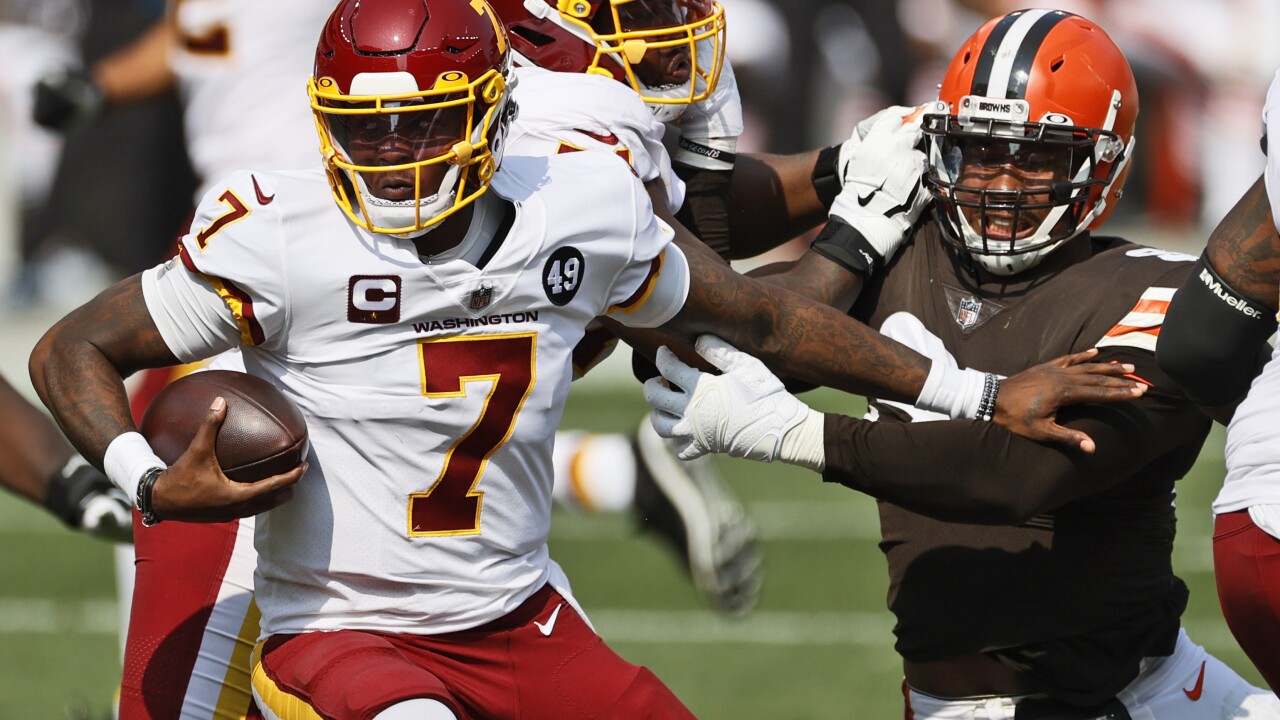 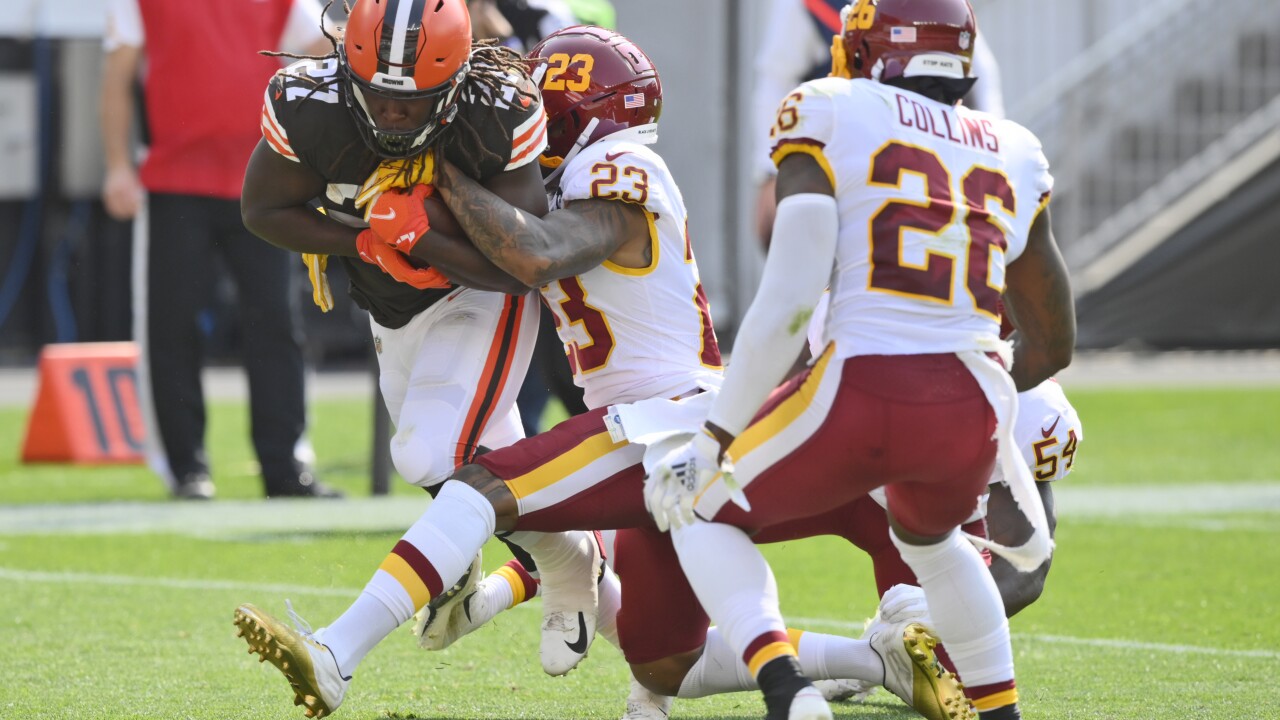 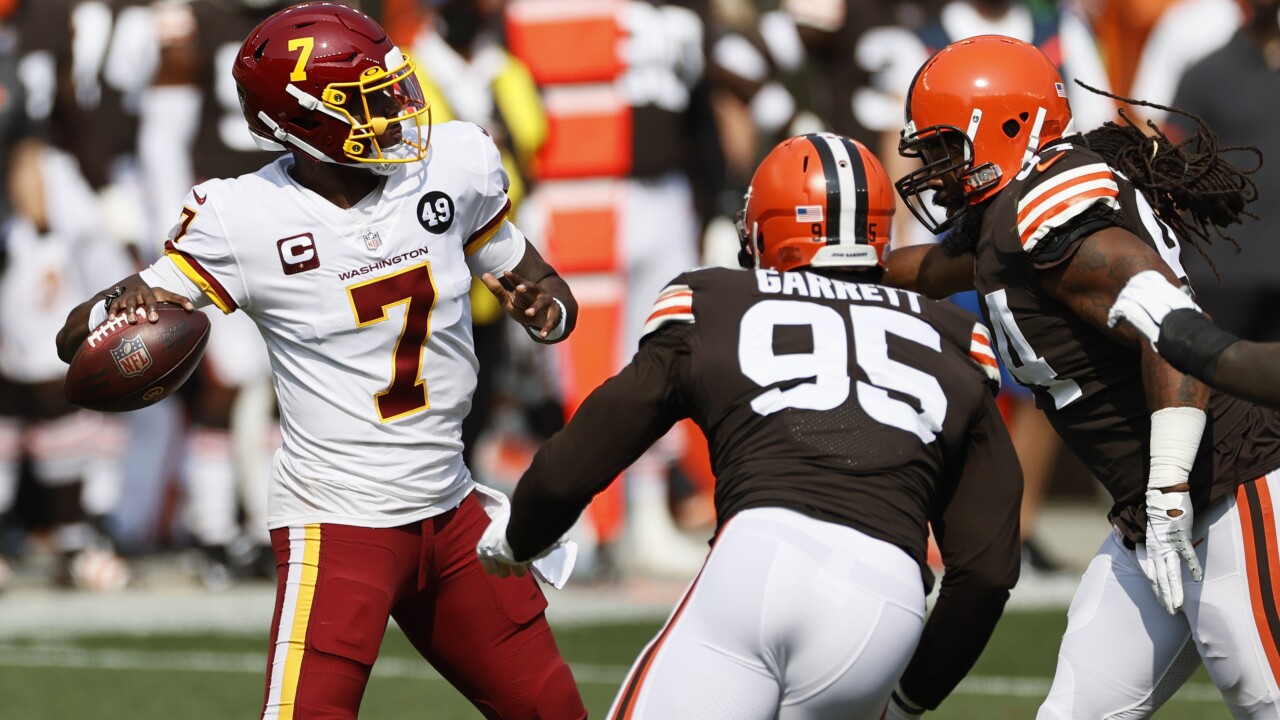 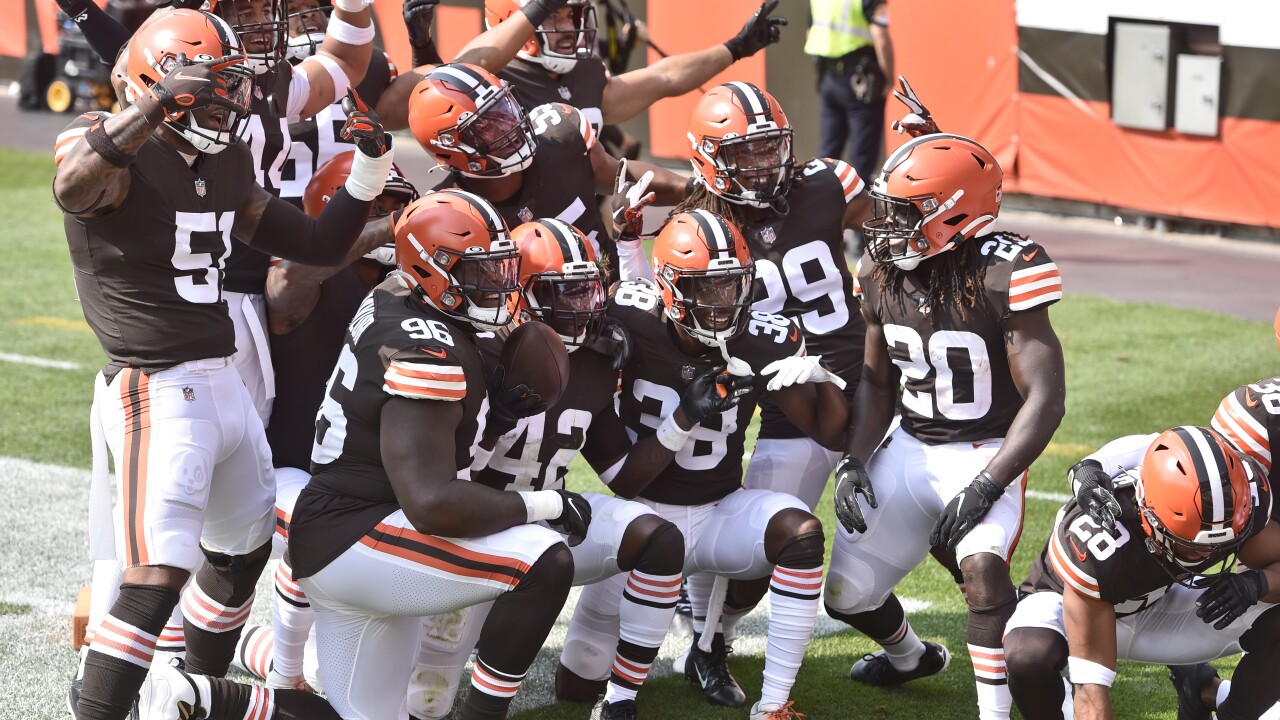 CLEVELAND, Ohio - In the Washington Football team's 34-20 loss to the Cleveland Browns on Sunday, Washington turned the ball over five times.

Quarterback Dwayne Haskins turned the ball over four times, three interceptions and one fumble, in addition to a fumble by Antonio Gibson.

For the first time this season, Washington scored a touchdown in the first quarter. With just under two minutes remaining in the quarter, Dwayne Haskins' 17-yard touchdown pass to wide receiver Dontrelle Inman gave the team a 7-0 lead.

The Browns answered back with a 42-yard field goal by Cody Parkey, to trail 7-3 in the second quarter.

Washington's next possession didn't last long after Haskins threw an interception to Browns safety Karl Joseph, who fumbled before Browns cornerback Tavierre Thomas recovered it. Cleveland capitalized on the turnover with a Nick Chubb 16-yard touchdown run to go ahead 10-7 lead with 5:58 left in the second quarter.

Haskins commits his second turnover next possession, throwing an interception to Malcolm Smith just outside of Washington's red zone. Cleveland scores on a Baker Mayfield pass to Kareem Hunt. The Browns take a 17-7 lead that they carry into the half.

Washington found success in the third quarter with two touchdowns. The first, an Antonio Gibson touchdown run that decreased the teams deficit to 17-13. Next possession, Haskins connected with Inman in the end zone for his second TD of the game. With 2:20 remaining in the third quarter, Washington led 20-17.

Clevend answered back next possession with a touchdown pass to tight end Harrison Bryant, giving the Browns a 24-20 lead in the fourth quarter. Their defense came up big during Washington's ensuing possession, and linebacker B.J. Goodson intercepted a pass to Dontrelle Inman, which the Browns's offense took advantage of quickly after when Nick Chubb rushed for a touchdown that gave the Browns a 31-20 lead.

The Browns capped off their scoring with a field goal by Parkey to win 34-20.