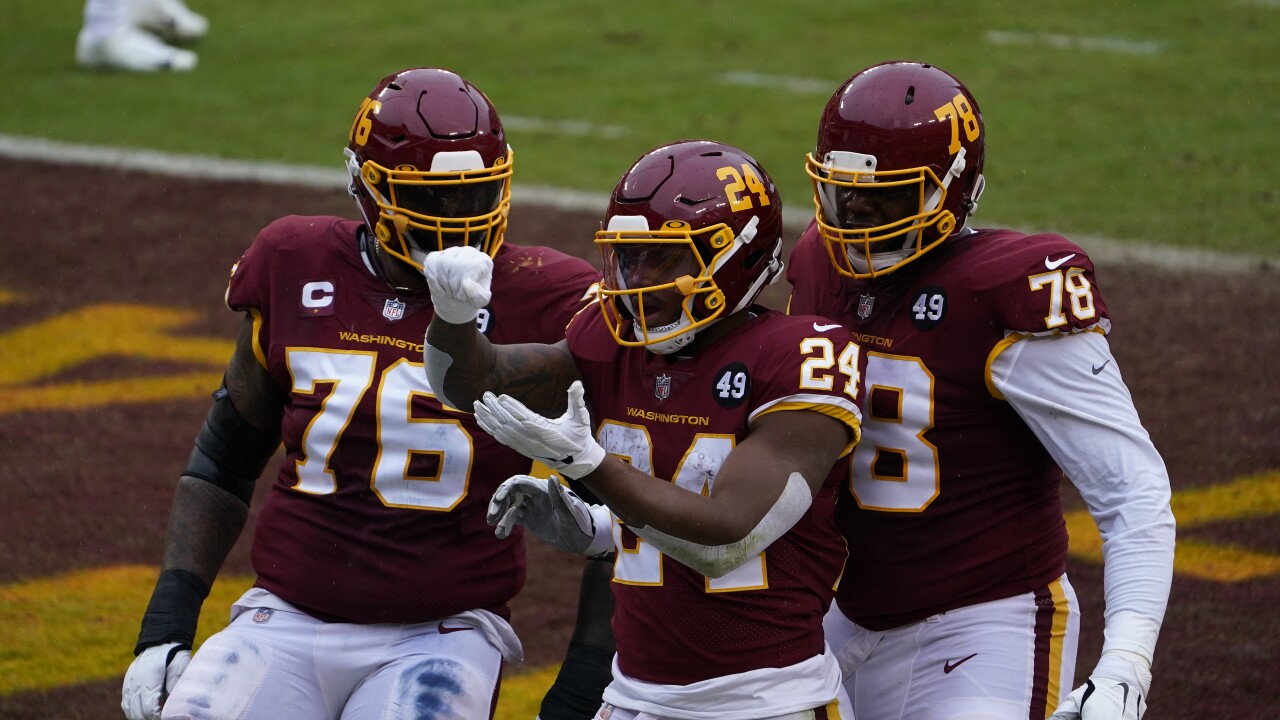 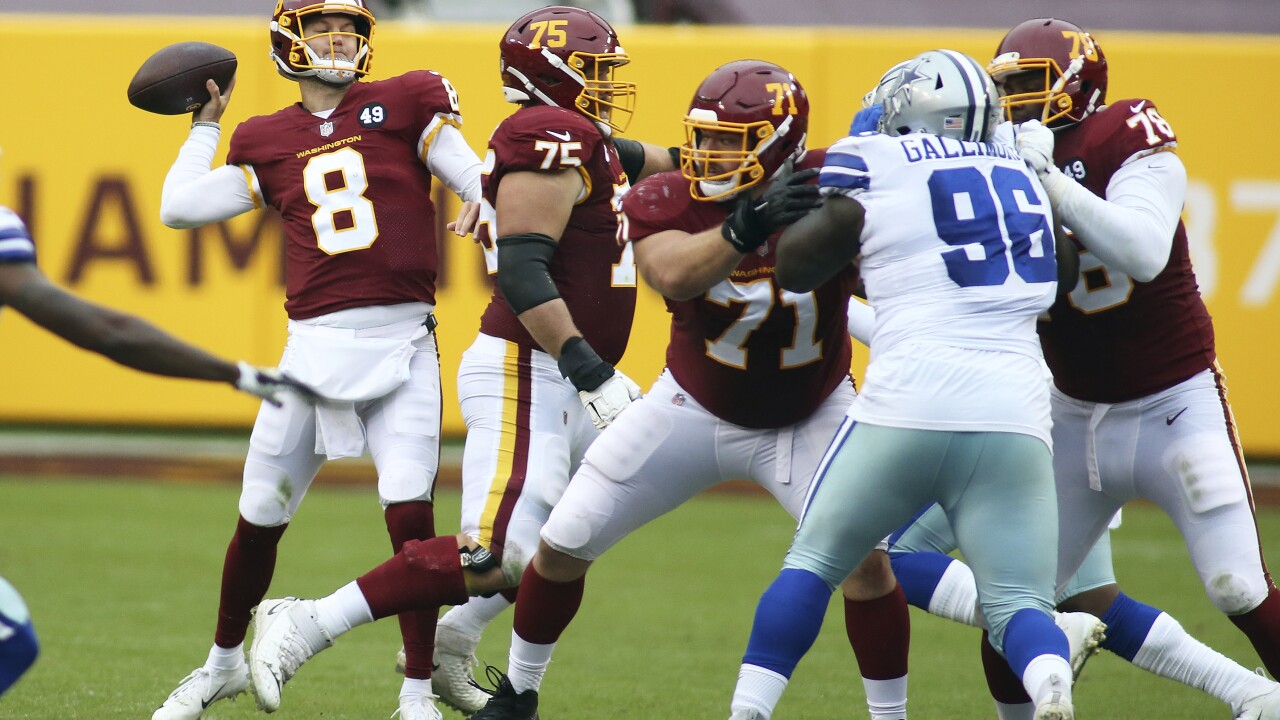 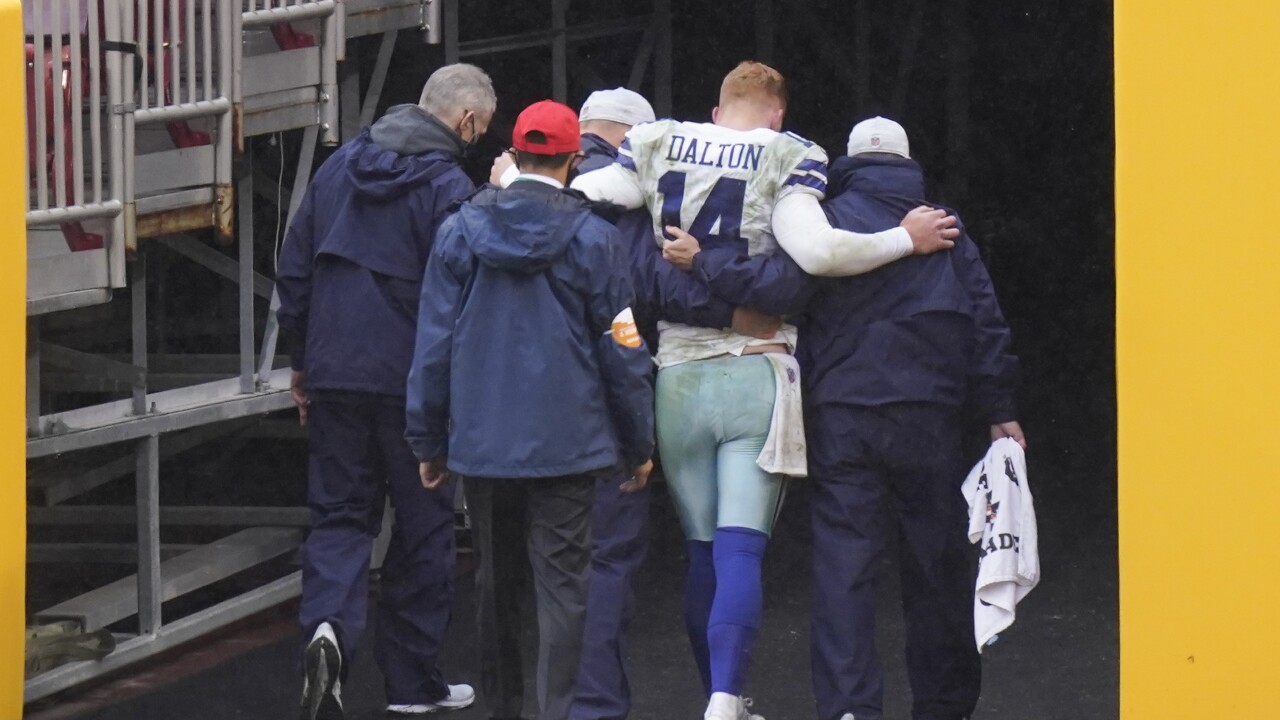 LANDOVER, Md. - The Washington Football Team broke a five-game losing streak Sunday afternoon in their 25-3 win against the Dallas Cowboys.

The win puts Washington (2-5) at second place in the NFC East.

It was Washington's defense that was first to get points on the board. Landon Collins's strip-sack of Andy Dalton was recovered by Dalton Schultz in the end zone, leading to a safety that gave Washington a 2-0 lead.

With 3:48 remaining in the first quarter, Washington scored its first touchdown of the game on a 12-yard run by Antonio Gibson to take a 9-0 lead. The Cowboys managed a 45-yard field goal by Greg Zuerlein at the end of the first quarter to trail 9-3.

Neither team scored a touchdown in the second half . A 30-yard field goal by Dustin Hopkins at the start of the fourth quarter marked the final points scored and Washington beat Dallas 25-3.