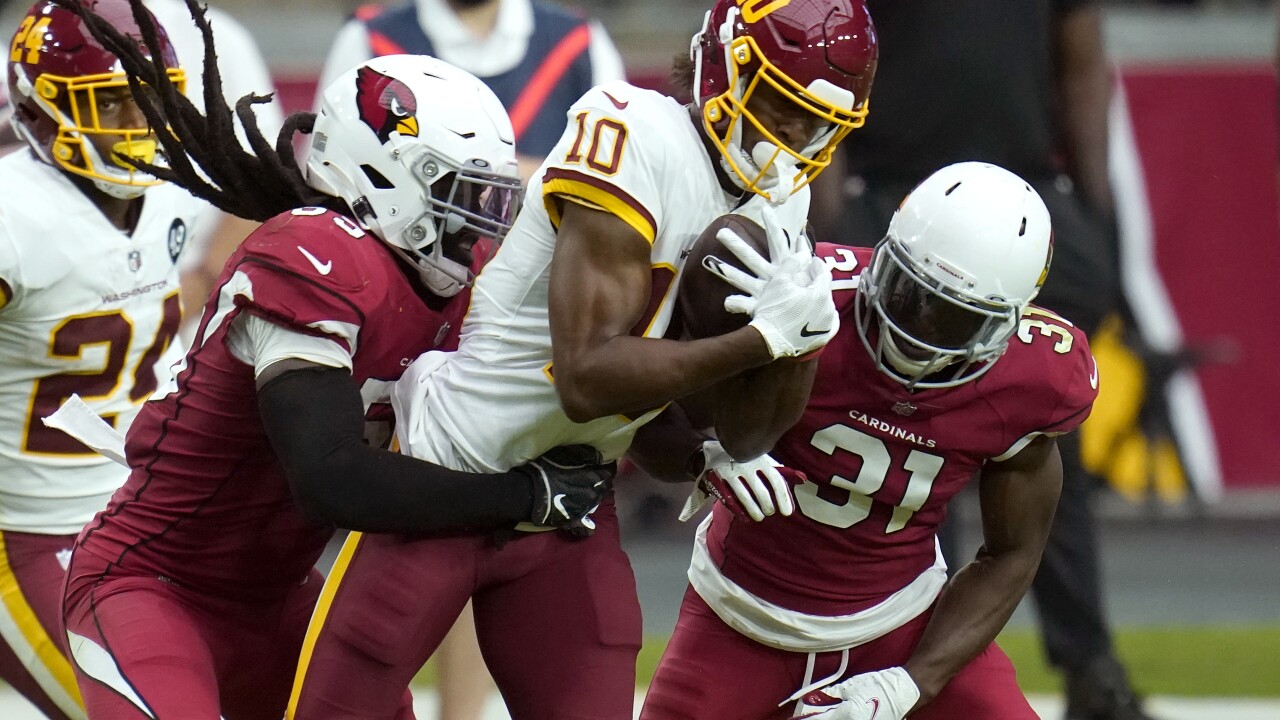 GLENDALE, Ariz. - For the second straight week, the Washington Football team fell behind early in Sunday's 30-15 loss to the Arizona Cardinals.

Washington had the first possession of the game, going three-and-out before the Cardinals responded with a Kyler Murray touchdown pass to DeAndre Hopkins to take a 7-0 lead.

In the first half, Washington had just 96 total yards compared to the Cardinals' 244, and Washington has turned the ball over twice. Meanwhile, the Cardinals added a Kyler Murray 14-yard touchdown run and a pair of Zane Gonzalez field goals to lead 20-0 at the half.

Washington doesn't get on the board until there is 3:14 remaining in the third quarter, and a 24-yard field goal by Dustin Hopkins makes it 20-3.

The Cardinals respond with Murray’s second rushing touchdown of the day and Arizona takes a 27-3 lead.

The Washington Football team keeps its momentum going when Dwayned Haskins connects with Terry McLaurin for a 24-yard touchdown reception early in the fourth quarter. Haskins then fell short of the goal line while attempting a two-point conversion and Washington trailed 27-9.

With 6:38 remaining in the game, Antonio Gibson scores on an 11-yard touchdown run and Washington once again fails to convert a two-point conversion. Cardinals lead 27-15.

Zane Gonzalez completes a 28-yard field goal in the final 30 seconds of the game and the Cardinals win 30-15.