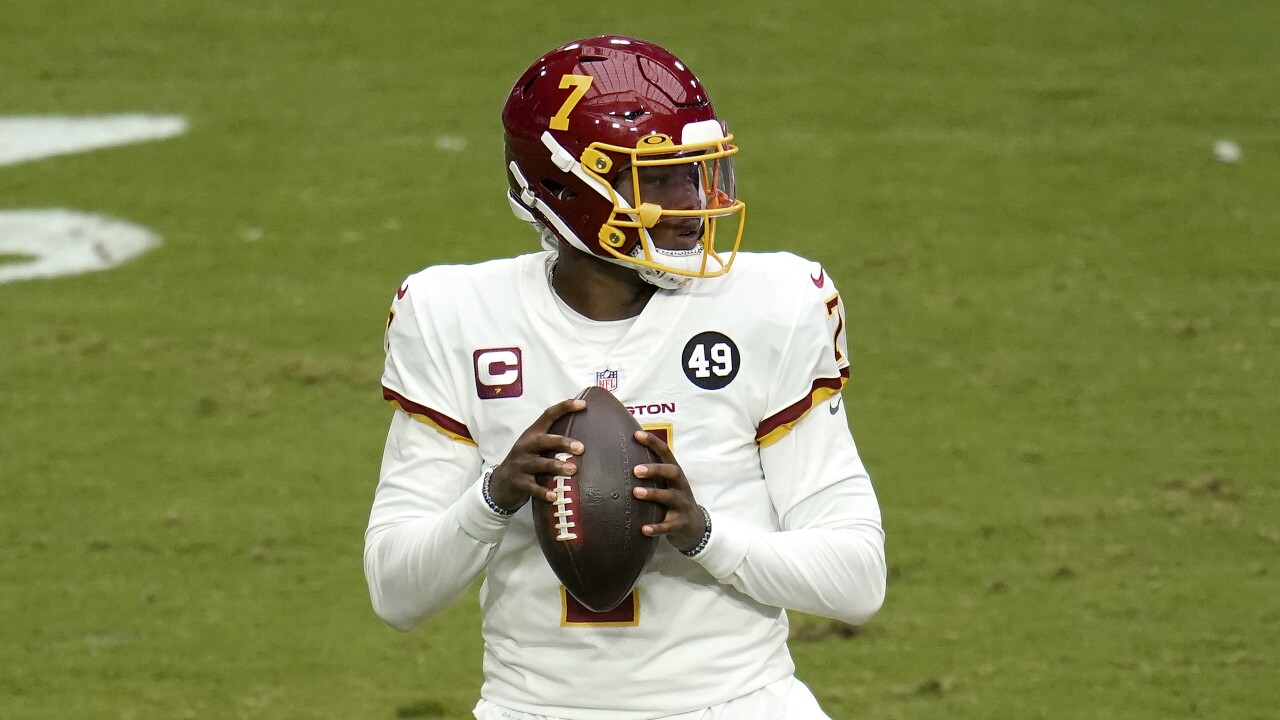 CLEVELAND, Ohio - The Washington Football Team looks to start fast when they face the Cleveland Browns on Sunday.

After finding themselves with a 17-0 deficit Week 1 against the Philadelphia Eagles, then trailing by 20 points against the Arizona Cardinals in Week 2, gaining momentum early on in the first half is a priority for Washington.

“Those have been really good barometers for us in terms of where we are and what we need to do," Washington head coach Ron Rivera said about the first two weeks of the season." I felt good about what we did against Philadelphia. I really appreciated the way the guys came back and did some really good things. I was disappointed the way we started against Arizona. We had the ball in a couple positions to score points and we didn’t. As you look at it, it’s one of the things we have to improve on and one of the things we have to get better at.

"I do like what we’ve learned from both of those games. Going forward, hopefully we can implement those things we talked about as coaches and see if we have improved."

Since 1975, Washington has found plenty of success when facing Cleveland, winning seven of the last nine meetings.

Both teams enter Sunday's game with a 1-1 record and kickoff is scheduled for 1 p.m.

News 3 is Hampton Roads' home of the Washington Football Team and will have coverage both on-air and online Sunday.