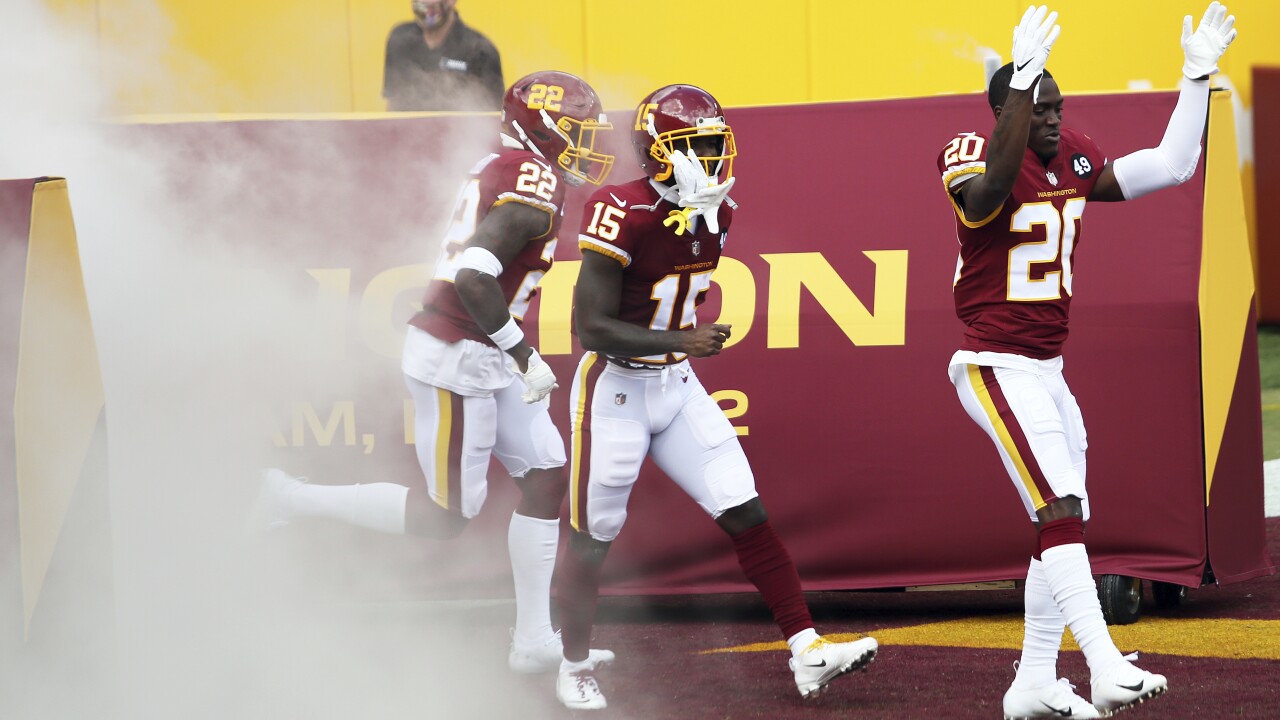 GLENDALE, Ariz. (AP) — Arizona and Washington both enter Sunday’s game at State Farm Stadium with something that’s been quite elusive over the past few seasons: Momentum.

The Cardinals had an impressive 24-20 Week 1 win over the San Francisco 49ers, who played in the Super Bowl last season. Washington scored 27 unanswered points to knock off division rival Philadelphia 27-17.

The good news will continue for one of the teams this weekend. The marquee matchup appears to be Arizona’s productive offense against Washington’s defensive line, which had a big game against Philadelphia’s depleted offensive line. Veteran Ryan Kerrigan had two sacks while rookie Chase Young added 1 1/2 sacks in his debut.

“It was pretty nerve-wracking watching their film — the eight sacks, causing turnovers, causing fumbles,” Arizona coach Kliff Kingsbury said. “They were really, really good, so we just have to have a great week of practice, and like we’ve done playing the 49ers, you’ve got to have a plan for those edge rushers.”

(For more in-depth coverage of the NFL, listen to the AP Pro Football Podcast apple.co/3iGiX8a)

Arizona’s offense was balanced in Week 1, throwing for 224 yards and running for 180 more. Second-year quarterback Kyler Murray ran for 91 yards, including a 22-yard touchdown. Kingsbury’s offensive reputation when he came to the NFL was spreading the field and flinging the ball through the air, but the Cardinals have run for at least 180 yards four times in his 17 games as coach.

If Kingsbury is nervous about stopping Washington’s pass rush, Washington coach Ron Rivera is right there with him when watching Murray.

“He’s such an elusive guy,” Washington coach Ron Rivera said. “He gives me anxiety. What you want to do is you want to keep a guy like that in the pocket. You want to keep that guy contained. You don’t want to give him an opportunity to extend plays. With his athleticism and his arm, he can make plays.”

The Cardinals got a big boost from center Lamont Gaillard and safety Chris Banjo after both had to play bigger-than-expected roles after injuries to starters. Both could see extended playing time against Washington.

The 24-year-old Gaillard was playing in his first NFL game when he came in for Mason Cole, who had a hamstring injury. He held his own against the experienced 49ers defensive line which is considered one of the best in the NFL.

“Very impressive, and that’s how he’s been,” Kingsbury said. “He’s a very confident young man. He believes he could start anywhere and could be playing anywhere, and he prepares that way. So, I think when he stepped in, nobody blinked.”

Banjo played nearly the entire game after starting safety Jalen Thompson went down with an ankle injury in the first quarter. The 30-year-old Banjo had six tackles and proved he can be a solid replacement.

The Cardinals were trailing 10-0 in the first quarter against 49ers before a special teams play turned the momentum. Zeke Turner sliced through the line to block a punt and Dennis Gardeck recovered the ball to give Arizona possession at the San Francisco 10.

One play later, Murray hit Chase Edmonds for a 10-yard touchdown pass and the Cardinals were on their way to a win. Turner and Gardeck — who was recently named a team captain — have been a big part of the special teams unit for three seasons.

One big reason for Washington’s eight-sack showing against Philadelphia was the play of Kerrigan. He’s 32 now and could be a free agent after this season, but Kerrigan displayed in the season opener he can still make life difficult on opposing quarterbacks.

Rivera called Kerrigan “a true pro” who works on and studies his craft.

“He understands what it takes to prepare each week, to play physically and mentally,” Rivera said. “Because he does that, he has success.”

Scott Turner was offensive quality control coach under Rivera with Carolina in 2011 when they had Cam Newton as a rookie. Now he’s Washington’s offensive coordinator under Rivera with Dwayne Haskins, another first-round pick with the potential of becoming a franchise quarterback.

The Eagles game was the first chance for Haskins to play in Turner’s offense, and his performance drew mostly positive reviews.

“There are probably some decisions he’d like to have back, but you’re never going to be perfect in that regard,” Turner said. “Stuff happens really fast out there. He’s got to see it out his eyes. The more he plays, the more he sees it and I think the better he’s going to be at those types of things.”

While Trent Williams was bulldozing Arizona linebacker Jordan Hicks in his San Francisco debut, Washington turned to 2018 third-round pick Geron Christian to fill his old spot at left tackle. Things didn’t go well early against Philadelphia for Christian, and Rivera expects him and left guard Wes Martin to be better as the weeks go on.

“They didn’t play very well at the beginning of the game,” said Rivera, who chalked it up to jitters and saw some progression. “Hopefully they’ll continue that trend and they’ll both get better and better.”

News 3 is Hampton Roads' home of the Washington Football Team and will have coverage of the 2020 season opener both on-air and online Sunday.
___