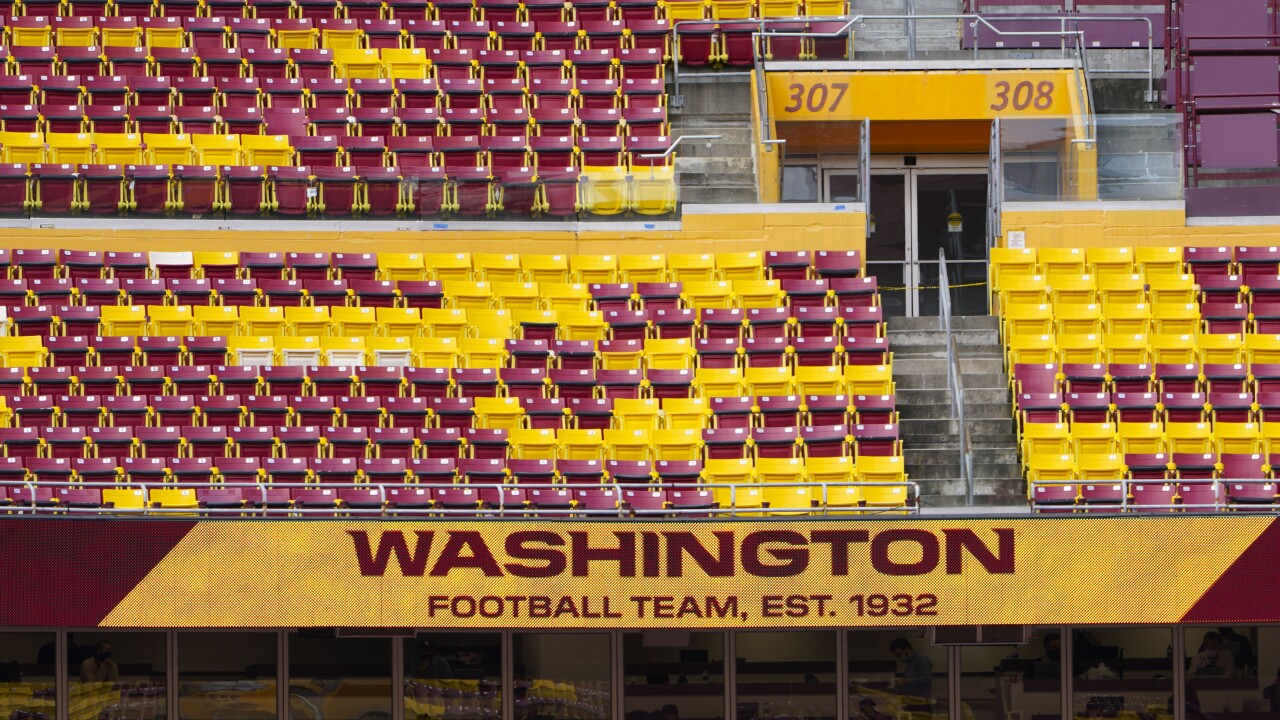 Susan Walsh/AP
Row of empty seats in the upper bowl of Fedex Field before the start of an NFL football game between the Washington Football Team and Philadelphia Eagles, Sunday, Sept. 13, 2020, in Landover, Md. (AP Photo/Susan Walsh)

The Washington Football will be welcoming a limited number of season ticket holders to their stadium for the November 8 game, the team announced Friday.

In a tweet, the team said "We will be welcoming back a limited number of Washington Football Gold Members (season ticket holders) to FedEx Field for our game against the Giants on Nov. 8."

They added that the decision was made after considering and evaluating the success of safety protocols at the "friends and family" game.

"We take our responsibility to protect our staff, players, fans, and the community seriously," said Jason Wright, Washington Football Team President. "Since the beginning of the season, we worked in close coordination with Prince George's County health officials to monitor and assess the possibility of welcoming fans. We are thrilled to host some of our Season Ticket Members at the Giants game on November 8th and hope to welcome more fans through the FedExField gates in the near future."

Everyone entering FedExField property will be required to follow safety guidelines including wearing a face covering, utilizing mobile ticketing, maintaining social distancing, and using cashless payment methods. Tailgating will not be permitted, the team said.