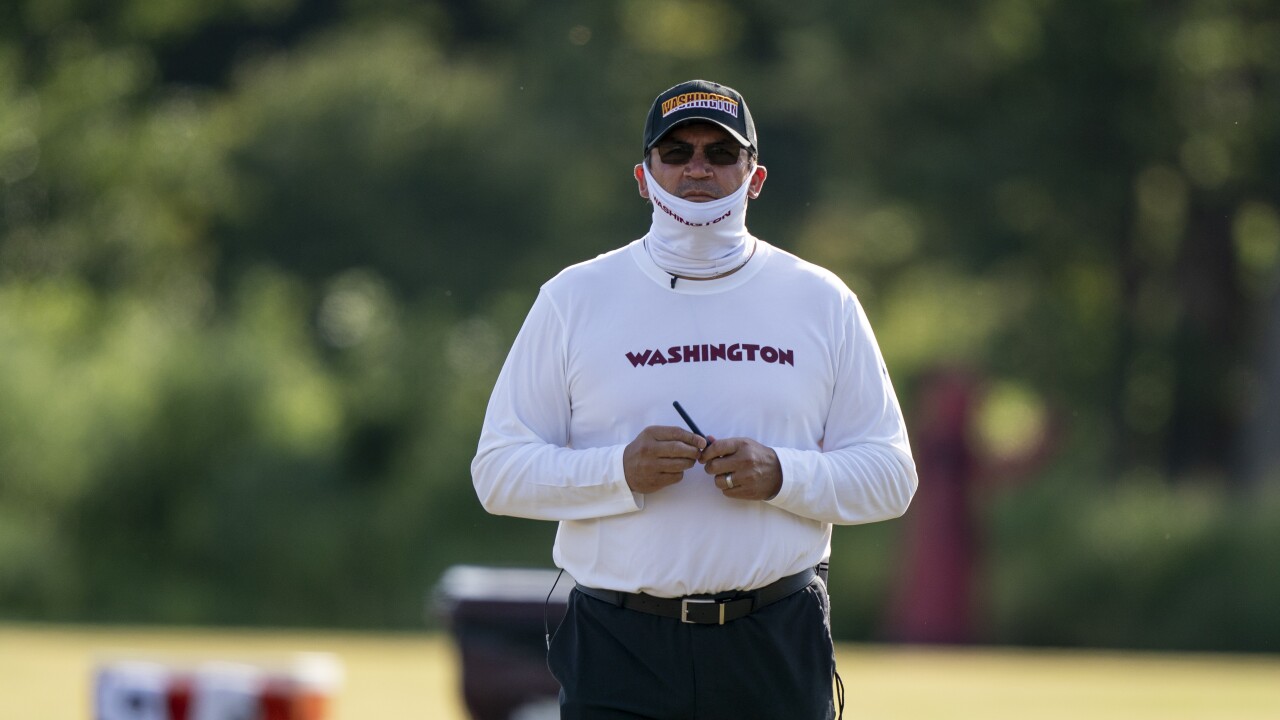 LANDOVER, Md. - Ron Rivera knows all about the NFC East division. He also knows his team needs a win vs. a divisional foe.

Sunday, Rivera makes his head coaching debut for the Washington Football Team when its hosts the Philadelphia Eagles at 1 p.m. inside FedEx Field. The divisional matchup will be played in an empty stadium, as fans are not permitted due to COVID-19.

Washington enters the game having lost eight straight vs. NFC East teams dating back to the 2018 season. While Rivera is entering his first seasons as Washington's head coach, he's no stranger to the NFC East.

“I started my positional coaching with Andy Reid in Philadelphia and got a great sense of what those rivalries are about," Rivera explained this week. "And then as the years have gone on, playing teams from the NFC East has always kind of—it’s a different division. I think it’s a more traditional division than a lot of them. I think it’s kind of cool that you play these teams, you play these teams that there’s a lot of rivalry to it. To me, if you can win your division—especially this one—and Philadelphia is showing it, you get a chance to go to the playoffs.”

Washington has dropped six straight games vs. Philadelphia. Its last win vs. the Eagles came on December 11, 2016.

The WFT is aiming for its first victory in a home opener since beating the Jacksonville Jaguars in 2014 - a team coached by current defensive coordinator Jack Del Rio.

News 3 is Hampton Roads' home of the Washington Football Team and will have coverage of the 2020 season opener both on-air and online Sunday.