Washington loses fifth straight, Giants pick up their first win of the season 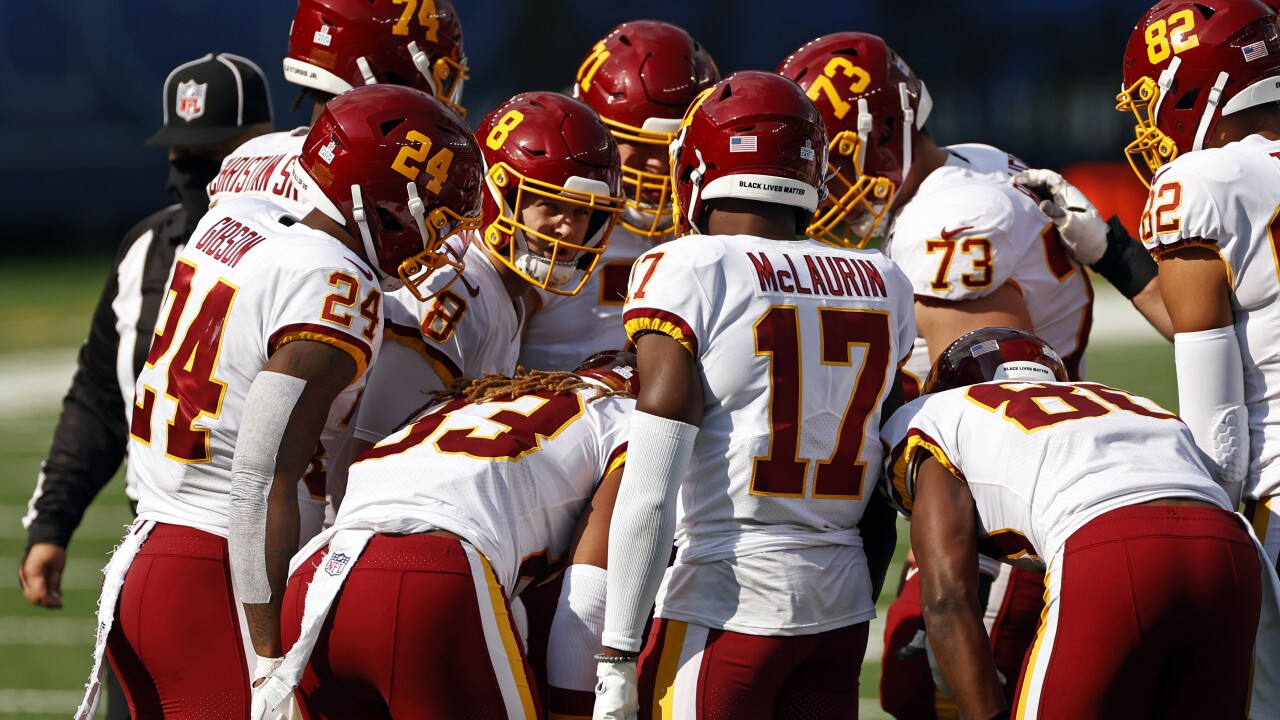 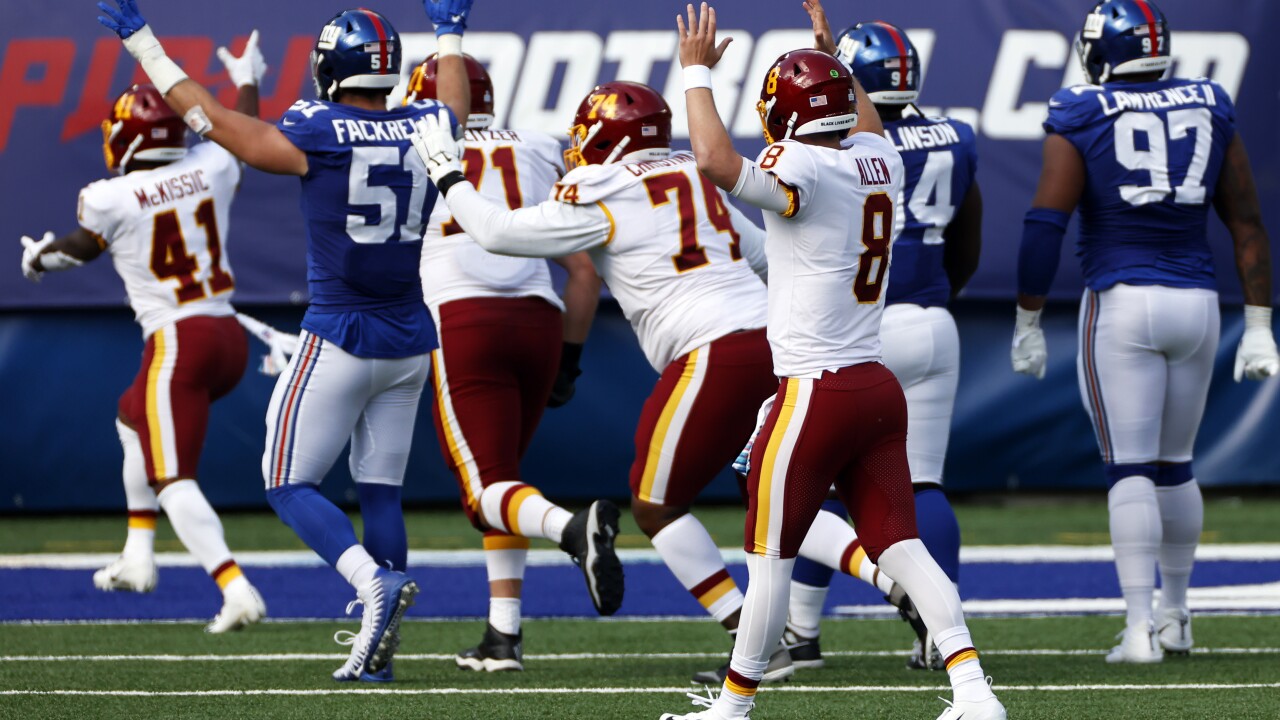 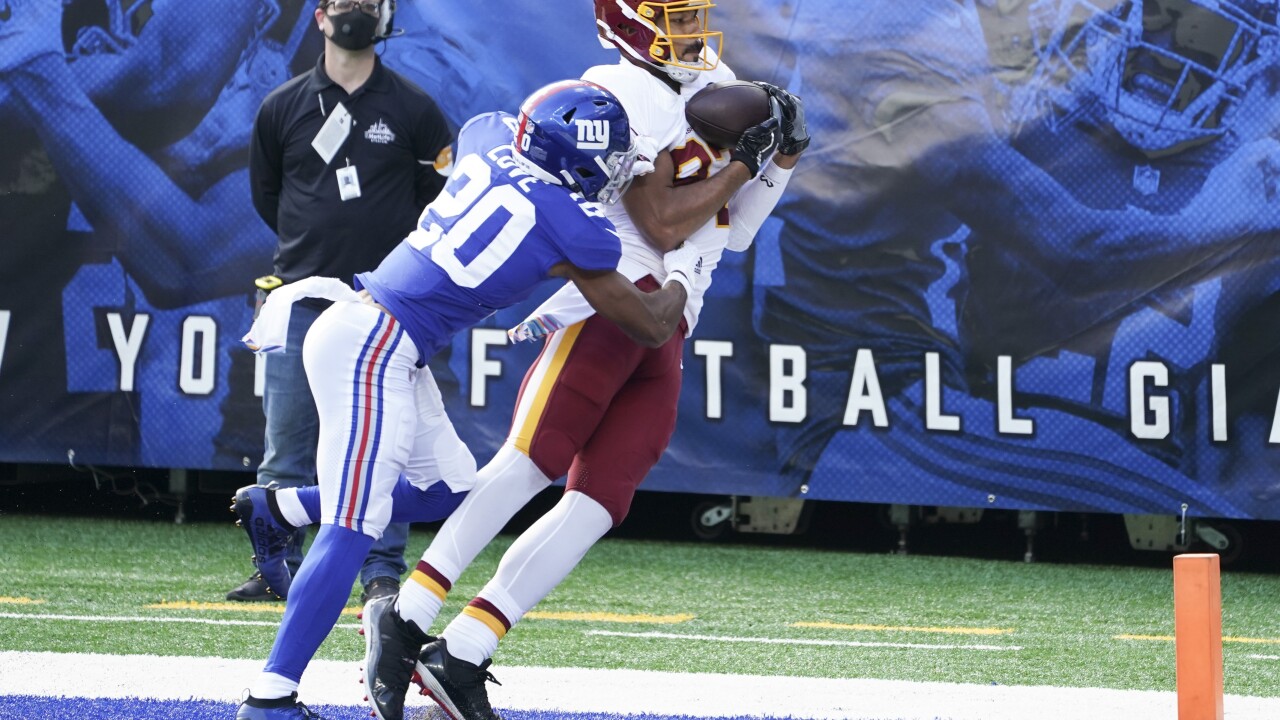 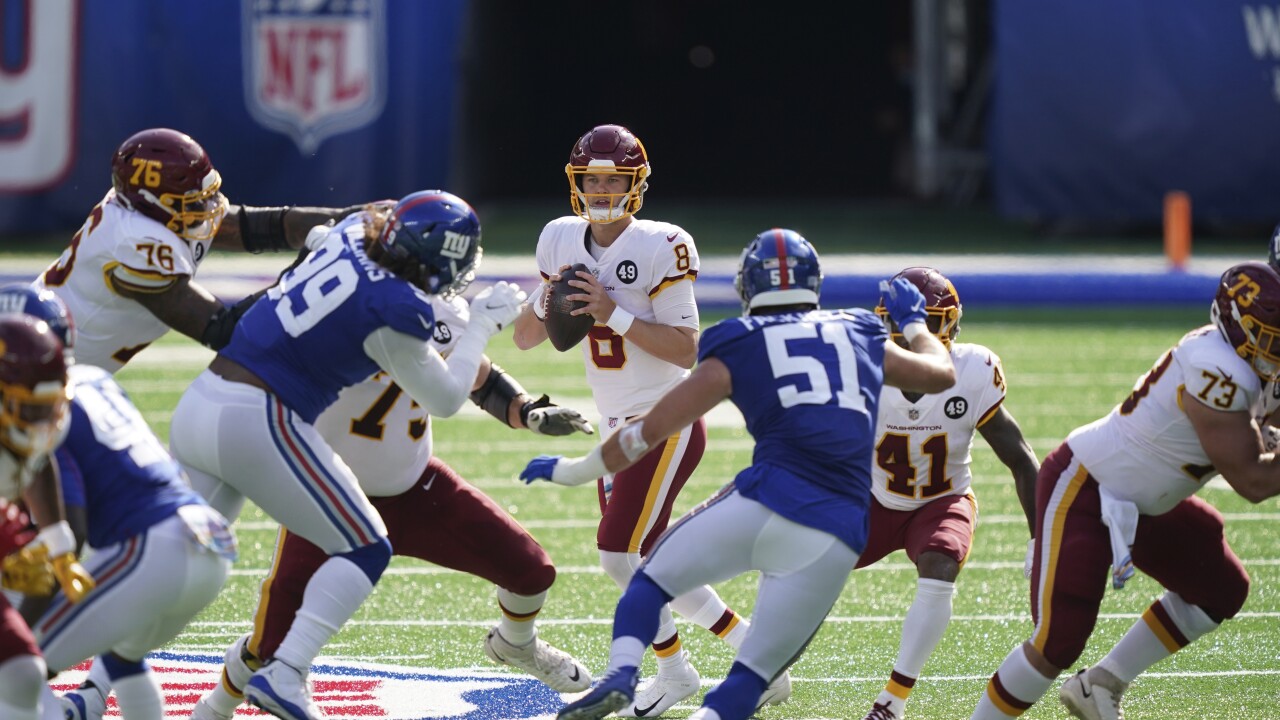 EAST RUTHERFORD, N.J. - The Washington Football Team set out to break a four-game losing streak on Sunday when they traveled to New Jersey to face the winless New York Giants, but instead, lost their fifth straight game while the Giants picked up their first win of the season.

In a game that came down to the final minute, Washington was down by one with a chance to take the lead on a two-point conversion, but they came up short and lost 20-19 to New York.

Washington started the game with a missed 47-yard field goal attempt by Dustin Hopkins, while the Giants answered by making a field goal of their own on the ensuing drive to take a 3-0 lead in the first quarter.

On Washington's second drive, quarterback Kyle Allen was picked off by Giants cornerback James Bradberry. New York would turn that turnover into a touchdown when quarterback Daniel Jones connected with wide receiver Darius Slayton in the end zone on a 23-yard pass.

Both Washington and New York managed a field goal on the next two drives, and the Giants held a 13-3 lead with 6:17 remaining in the second quarter.

Just before the half is when Washington would finally get a touchdown on the board. With 17 seconds remaining, Allen connected with tight end Logan Thomas in the back of the end zone to cut the Giants' lead to 13-10 by halftime.

New York was on the verge of scoring its second touchdown of the game with less than a minute remaining in the third quarter, but on first and goal, cornerback Kendall Fuller picked off Jones in the end zone. Washington capitalized on the turnover and tied the game at 13 with a Dustin Hopkins field goal.

It's REALLY REALLY nice to have @KeFu11er back

Washington had an opportunity to take its first lead of the game with less than four minutes remaining in the game, but Allen fumbled the ball which was then scooped up by linebacker Tae Crowder, who made it to end zone for a touchdown to give the Giants a 20-13 lead.

Within the final minute of the game, Washington's Allen connected with wide receiver Cam Sims and Washington trailed by just one point. Instead of kicking the field goal, Washington opted for a two-point conversion attempt that came up short and the Giants won it 20-19.