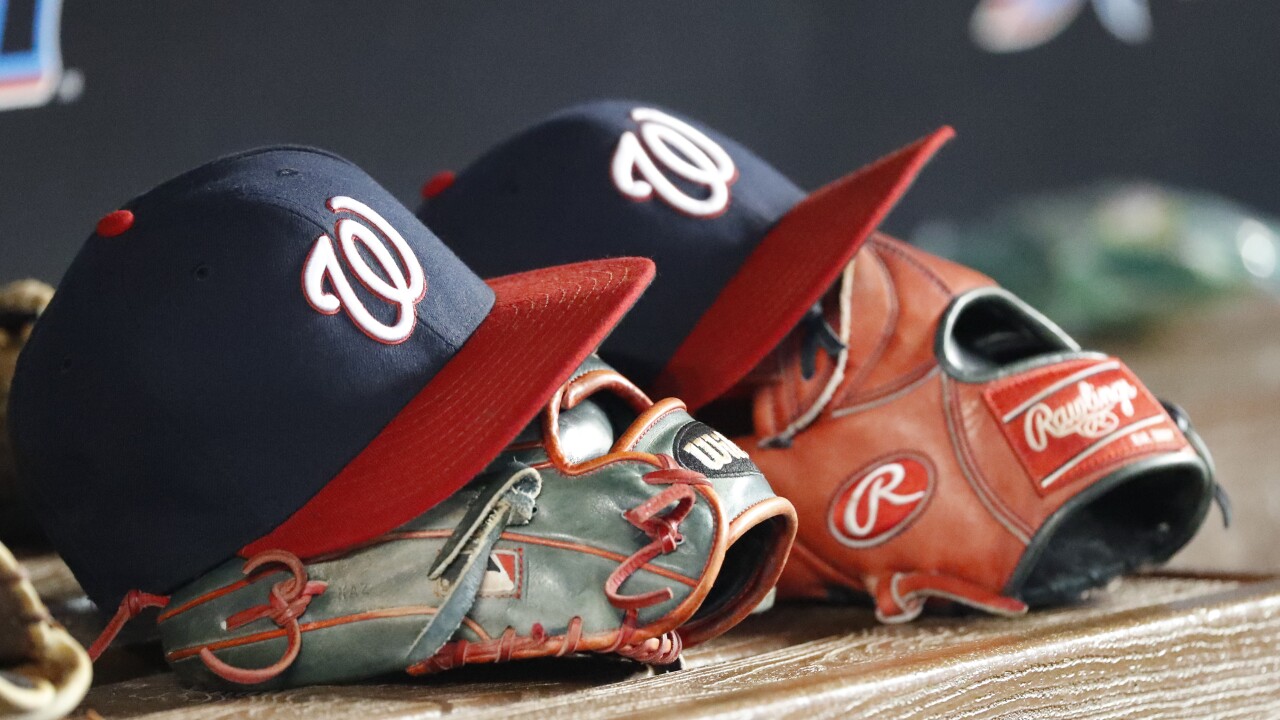 Wilfredo Lee/AP
Caps and gloves are shown in the visitor's dugout during the fourth inning of a baseball game between the Miami Marlins and the Washington Nationals, Tuesday, June 25, 2019, in Miami. (AP Photo/Wilfredo Lee)

ROCHESTER, NY (AP) — The Washington Nationals are moving their Triple-A affiliate back to upstate New York after two years on the West Coast.

“We are very excited to partner with the Rochester Red Wings and to have our Triple-A affiliate back in the region,” Nationals President of Baseball Operations and General Manager Mike Rizzo said in a statement. “The Red Wings are a well-built, well-run organization that will be an asset to our player development system, and we are proud to be a part of Rochester, New York’s rich baseball tradition that dates back to the late 1800s.”

Washington’s Triple-A franchise was in nearby Syracuse of the International League for 10 seasons, a run that ended two years ago. The New York Mets bought the Syracuse Chiefs in 2017, but the Nationals supplied players for one more season.