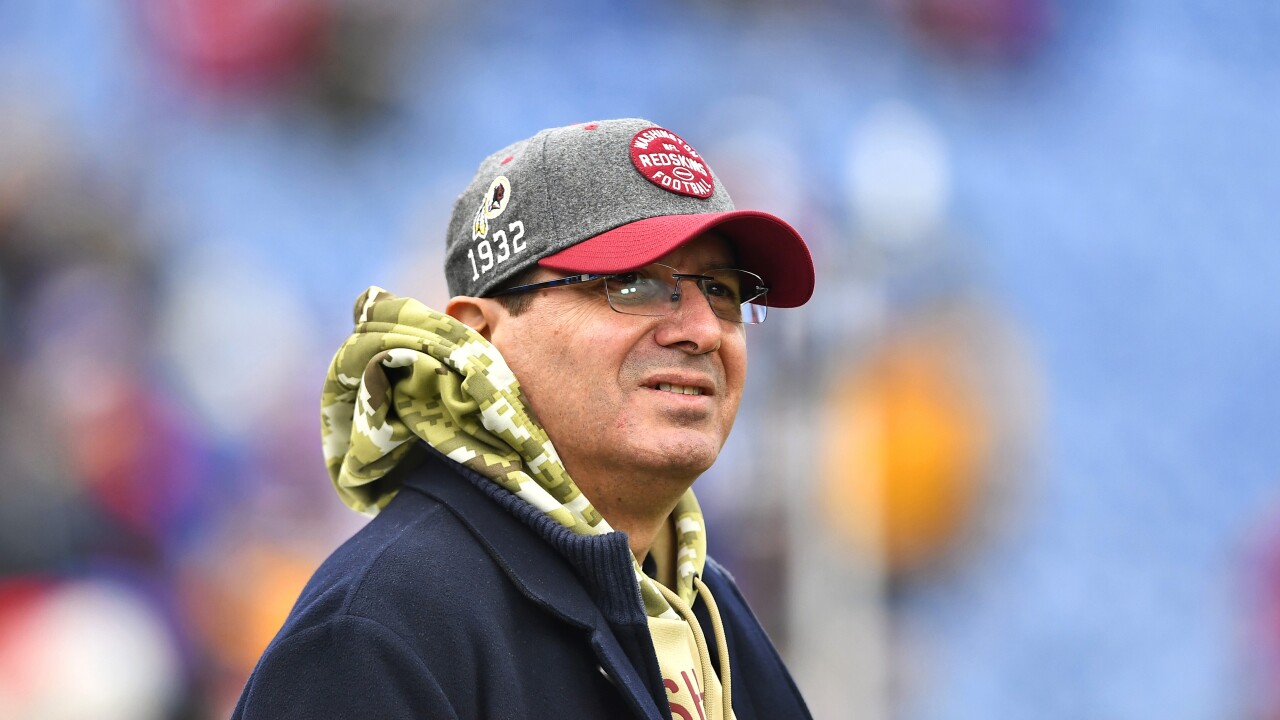 Beth Wilkinson of Wilkinson Walsh LLP confirmed to The Associated Press on Thursday that the firm had been retained to conduct an independent review. ESPN was first to report Washington hiring the firm.

The Washington Post reported Thursday that 15 female former employees said they were sexually harassed during their time with the team.

Through a team spokesman, first-year head coach Ron Rivera issued the following statement to News 3: "Biggest thing is that we have to move forward from this and make sure everybody understands we have policies that we will follow and that we have an open door policy with no retribution," Rivera said. "Plus my daughter works for the team and I sure as hell am not going to allow any of this! Dan Snyder brought me here to change culture & create an environment of inclusion among employees. I believe everyone that works for this franchise has a vested interest in our success."

Within the past week, three members of the front office have left the organization. Director of player personnel Alex Santos, assistant Richard Mann II and longtime broadcaster and senior vice president Larry Michael are no longer with the team. Michael announced Wednesday he was retiring after 16 years.

Washington is in the midst of several months of significant change. President Bruce Allen was fired at the end of the 2019 season, Rivera was hired on New Year’s Day and given control of football operations and the team this week announced it’s dumping the name “Redskins” after 87 years.

Allen’s departure coincided with the firing of the team’s previous medical and training staff, and Rivera brought trainers with him from Carolina and hired a new coaching staff.

Owner Dan Snyder released the following statement regarding the allegations:

"The behavior described in yesterday’s Washington Post article has no place in our franchise or society.

"This story has strengthened my commitment to setting a new culture and standard for our team, a process that began with the hiring of Coach Rivera earlier this year.

"Beth Wilkinson and her firm are empowered to do a full, unbiased investigation and make any and all requisite recommendations. Upon completion of her work, we will institute new policies and procedures and strengthen our human resources infrastructure to not only avoid these issues in the future but most importantly create a team culture that is respectful and inclusive of all."